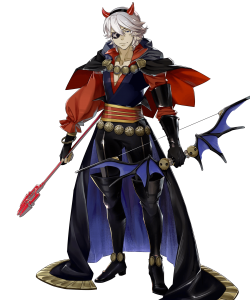 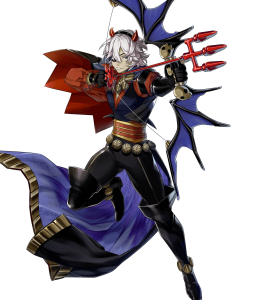 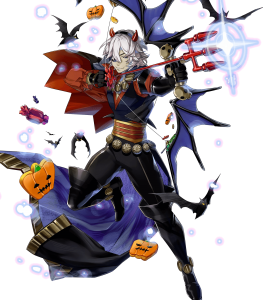 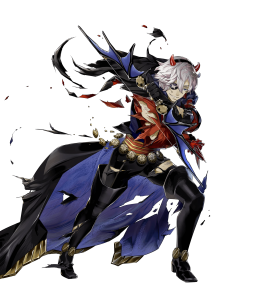 Dancing with the Devil (Defensive)

Making a dramatic entrance in a fabulously devilish costume, Halloween Niles joins Heroes as the game’s first blue Armored Archer, sporting one of the highest Speed of all Armored units at an absurd 39 and a decent 34 Attack to boot. These offenses alone allow for fantastic damage output, but with Armor-exclusive skills such as Bold and Special Fighter, Niles can take his offensive capabilities to sky-high levels. Note that while Niles’ 1-movement holds him back a bit, skills like Armor March, Armored Boots, Guidance, and Ground Orders can be used to get Niles wherever he needs to be. With great offenses and an arsenal of Armor-exclusive skills to have some fun with, Niles is incredibly versatile and can efficiently use a variety of different builds.

Of course, offenses that good come at a price at defenses, as Niles has 61 physical bulk and 67 magical bulk. While they’re not bad by any means, they hurt his Enemy Phase capabilities and ability to take counterattacks when necessary, and he may occasionally be at risk of being OHKO’d. Due to his blue coloring, he may struggle to survive and deal consistent damage against green units, though this comes at a trade-off of performing excellently against red units.

Overall, while Niles can struggle due to his low 1 movement and blue coloring, he more than makes up for this with fantastic offenses and access to Armor-exclusive skills that greatly increase his versatility and damage output. He’ll be a valuable source of damage output on nearly any team, though you should ensure he doesn’t wave his tongue at the wrong people.

A 34/39 offensive statline is spectacular, allowing Niles to dish out massive damage that is taken even further by skills such as Bold and Special Fighter.

Bold Fighter, Vengeful Fighter, and Special Fighter are just some of the powerful skills Niles can use to increase his damage output via guaranteed follow-up attacks or increased special charge. He can also use Armor March or Armored Boots to alleviate his 1-movement.

While not terrible, Niles’ physical and magical bulk of 61 and 67 respectively hurt his ability to use Enemy Phase sets.

With only 1 movement to work with without Armor March, Armored Boots, or allies’ skills such as Guidance and Ground Orders, Niles can struggle to reach his opponents and retreat when necessary. Armor-effective weapons also cripple Niles, usually OHKOing him regardless of whether the weapon is physical or magical.

For an Armor Unit, Niles can actually be really fast. At the start of Even Turns, Niles will be comfy on an Atk of 51 and a speed of 58, and with an S Support he can reach 60 speed, which is really high.
As a B skill you can use Desesperation but Special Fighter would be suitable for his high speed and to proc Glimmer and Moonbow easely (with a Slaying Bow you can use Draconic Aura or Luna)
Draw Back so he can retreat because of his poor def/res with LoD 3
He can make huge use of Hone Armor

+SPD helps to reduce the drop to his speed from using a brave weapon while making for a solid 37 speed before factoring in buffs or a sacred seal. To ensure he gets a double on even the fastest of enemies the b slot should be chill spd 3. Swift sparrow in his a slot gives him an added boost to his speed to help ensure a double attack while also slightly boosting his damage output.

Mixed-phase build that takes advantage of his offensive and defensive stats. Superboon in defence brings him to an even 29/29 defences, and with 39 speed he will rarely be doubled. Special Fighter adds a lot of tankiness by blocking specials and giving him a steady breath-like special gain effect. Close Counter to take advantage of his defences. A Slaying Bow+def will make him more tanky by increasing defence to 32, offestting the health bane somewhat, and keeping his speed at 39, while a Brave Bow+ build will increase his offensive presence. C and S-slot are flexible, Ward Armour/Savage Blow 3/Close Defence are all good choices.