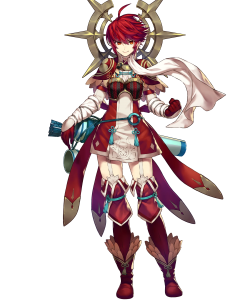 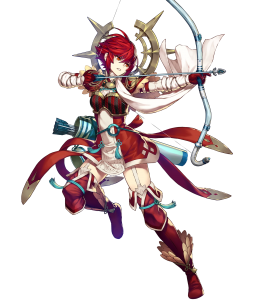 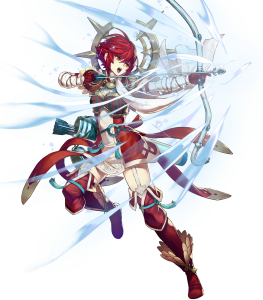 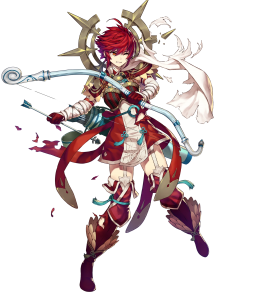 Hinoka's utility as a bow flier unit has diminished somewhat as other bow fliers have powercrept her, but she can still hold her own with a decent prf and refine.

She can wield Firesweep and Brave weapons from range, while being buffed by her own emblem team.

Her own legendary weapon also offers her remarkable synergy to her allies. She can Spur stack effectively all on her own from a 2 tile range, making her an extremely flexible support unit for your team.

With passable attack and speed and a weapon with effectiveness against two popular movement types, Hinoka finds herself capable of being a very strong Player Phase unit.

Her slightly-above-average Resistance also enables her to duel mages, though she should be kept far away from bows.

Hinoka is plug and play if you don’t like expensive inheritance. Her default kit is synergistic and offers both her and her teammates incredible mobility in a flier team.

She can be built to a high potential for very cheaply and retain effectiveness, particularly since her refine grants her additional stats to remain competitive.

While it isn’t terrible, Hinoka is held back due to her lower Attack stat, reducing her damage significantly in a Brave Bow set or oneshot set with her Warrior Princess.

It is offset by her Speed, which often enables her to attack twice.

Still, in the age of Enemy Phase units with skills like Steady Breath, Hinoka may have difficulty puncturing her opponents Defense.

Hinoka’s poor Defense doesn’t do her any favors when considering her bow weakness, and it’s a good idea to have her avoid other bow units altogether unless running a Firesweep set.

This also makes her very weak to Distant Counter units, who may kill her in a single hit on their retaliation if not careful.