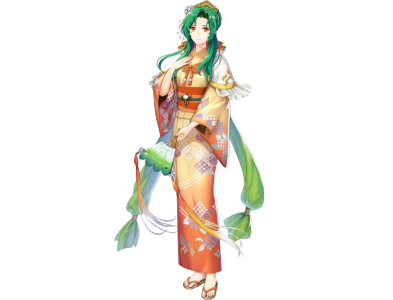 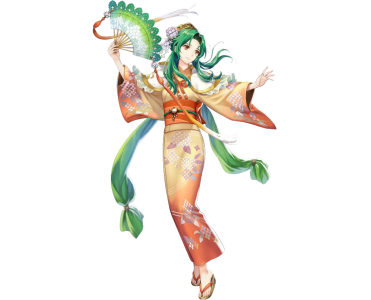 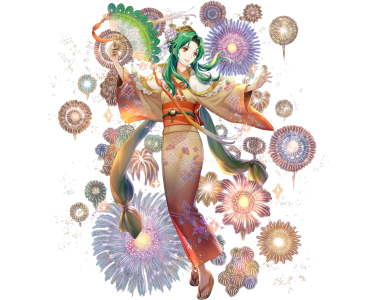 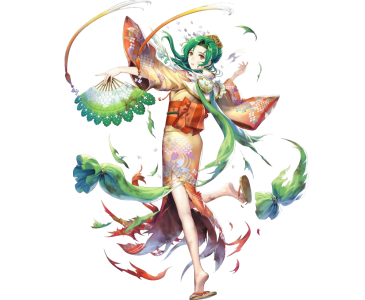 With her low stat total, Elincia needs to make careful decisions about where to invest. Her low Attack is the most obvious place for a boon, but she can also benefit from a boost to her Resistance. No build variants care about her Defense making it the safest choice for a bane, as she is likely to be KO’d by any physical damage she takes.

Thanks to her low all around stats, Elincia’s combat potential is best seen when countering mages. This set combines support power while letting her beat common blue mages, and a couple of green ones, depending on buffs.

Kitty Paddle is Elincia’s weapon of choice, patching up her low Attack and letting her KO nearly all mages when initiating or retaliating. With some Attack buffs, Elincia can even initiate on and KO some low-defense red mages. Barb Shuriken is a decent alternative, allowing Elincia to fire off Glimmer or Moonbow when retaliating against a mage. However, it means Elincia cannot initiate for KO’s, limiting her playstyle somewhat.

Glimmer scales very well with Kitty Paddle’s multiplier and is the safest option for mage-killing. Elincia is unlikely to see much combat, so a fast-charging Special is best when using her. Fury gives her a much-needed stat boost and is ideal for a unit only entering combat once or twice a battle. The extra boost to Attack and Resistance in particular is appreciated, and more Speed can let Elincia double some foes in the low-30’s range. Triangle Adept is for those wanting a safer combat experience, but this makes her perform worse against green mages.

Chill Atk is taken as a team support move and can be replaced with any Chill skill on a team with multiple Chill users. Elincia herself can make good use of the debuff, allowing her to better tank hits from buffed mages. Geyser Dance is a worthy alternative, especially when combined with Hone skills in Elincia’s C and Seal slot. Windsweep is a more offensive option and takes advantage of Elincia’s high base Speed. Vantage is an amazing budget choice, Elincia won’t have any trouble hitting the required HP with Fury and her low defenses. It gives her a way to stop Desperation mages without initiating on them, a valuable niche.

Her C and Seal slots are largely down to team preference. Running Hones in your C and Seal slot is great when Elincia is paired up with offensive sweepers. If using Elincia alongside Armor, she can run Atk and Def Tactic to great effect. Distant Defense helps Elincia against mages and is a solid option if she’s not running Fury or Chill Atk.

This set focuses on Elincia’s support potential, seeing her abandon some of her combat potential to gain better healing and safer debuffing. Dancer’s Fan allows Elincia (in combination with Breath of Life on her C slot and Seal slot) to heal up to 21 damage to allies around her. This is a huge amount of healing and can easily swing battles in favor of Elincia’s teammates. Her Cloud Maiougi is a decent substitute, but the Dancer’s Fan is preferred. Both weapons should take a +Spd Refine to make activating Windsweep easier.

Fury gives Elincia some much-needed stats, particularly her Attack, Speed, and Resistance. More Speed helps her consistently trigger Windsweep. Windsweep itself is one of the core skills of this set, allowing Elincia to initiate into enemies without triggering their counterattacks (Keep in mind that Windsweep will not stop counter attacks from dragons). Thanks to Windsweep, Elincia can attack with impunity, scoring chip damage and debuffing enemies for allies to finish off.

Hoshidan Festival Elincia is a seasonal variant of the popular Queen of Crimea. In this form, she ditches her house’s weapon Amiti for a dagger and dancing capabilities. She’s the first green dagger-user in the game, and this gives her somewhat of a unique role compared to other units.

Whether it’s refreshing her allies with Dance, boosting their power with buffs, healing them, or weakening foes, she can support her teammates in multiple ways. Elincia is one of the most versatile support units in the game, and she can be utilized in many different scenarios to win battles.

This support power comes at a cost: her combat potential. Being both a ranged unit and a dancer leave her with a pitiful stat total of 139. Her defensive stats leave much to be desired and force her into niche combat roles. In many cases, it can be hard to justify bringing her over a green unit with powerful combat abilities. But when it comes to supporting allies, she is a top pick for teams and a great filler to a three-unit core.

Packs tons of support potential into a single unit slot.

The ability to refresh allies with Sing/Dance is one of the most coveted abilities in the game, and Elincia combines it with several other traits. Daggers aren’t known for their strength, but are great support weapons as they all boast the power to debuff enemies. A well-placed dance or debuff can turn the tide of battle.

Elincia is lucky enough to have snagged the green color, arguably one of the best for countering mages. Blue mages tend to be more common than others, and Elincia’s one of the best dagger-units against them. She can be a counter to blue mages without giving up any of her support potential thanks to Triangle Adept.

Thanks to being both a ranged and dagger unit, Elincia suffers large penalties to her base stat total. 20 Defense and 21 Resistance are both poor and make her very susceptible to all damage from colors other than blue. While 35 base Speed is good defensively, it means nothing if Elincia suffers an OHKO.

29 base Attack means that Elincia does not have much power, and must rely on skills such as Triangle Adept and Specials to secure KO’s. Weapons such as the Kitty Paddle and Barb Shuriken are all but required on builds aiming to salvage some combat potential.