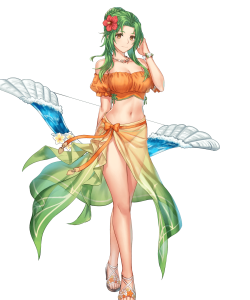 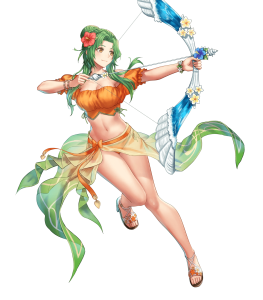 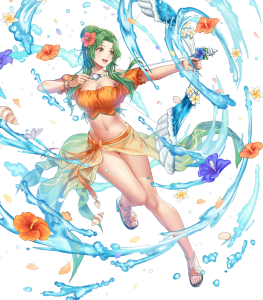 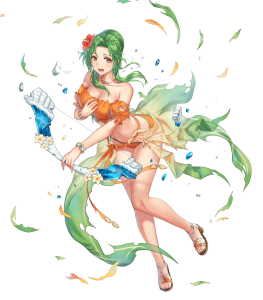 Passive A: B Duel Flying 4

36/40 offenses are quite potent, especially for a free-to-play ranged Flier. In addition to dealing strong damage and frequently performing natural follow-ups, Elincia can also consistently activate the Brave effect of her native Whitecap Bow, which requires her Spd to be ≥ 10 higher than the enemy’s Spd.

With only 38 HP and 25 Def, the Seaside Queen is prone to being OHKO’d by enemies that target her Def.

Ranged Fliers’ lack of B slots is a stale complaint at this point, but still one worth noting, as it is a detriment to ranged Fliers’ general viability and flexibility. Their best options are Far Traces (which are arguably used just for the dual -3 stat infliction on the enemy during combat, as their Canto effect is difficult to use on 2 movement units) and Aerobatics, which…certainly says a lot. Elincia’s lack of a personal weapon exacerbates this issue, as a personal weapon may have granted her a non-ranged-Flier B slot effect (such as partial/full Null Follow-Up and/or Special-related effects that Fighter skills have) to make up for her lack of B slot options.

Hopefully they’ll do Elincia justice someday, but hey, at least she’s free and her art slaps.