Community Posts with Keyword Elincia All 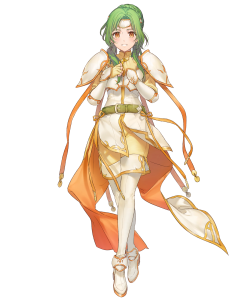 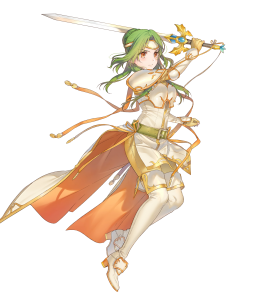 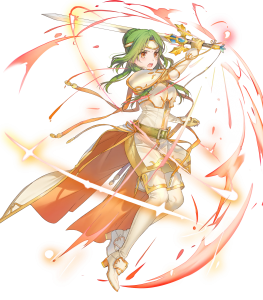 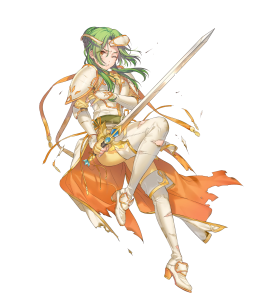 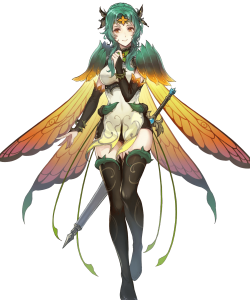 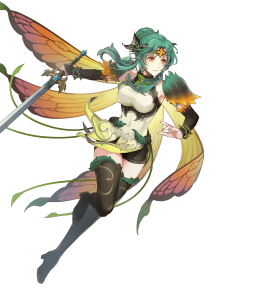 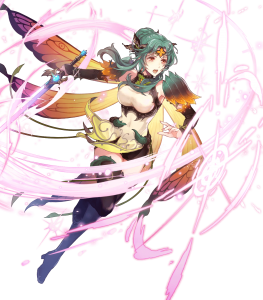 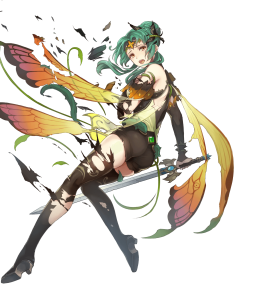 A premier in offensive weapons, allowing Elincia to attack consecutively and can be refined for an additional boost to Atk/Spd when initiating.

In addition to her superior mobility, Elincia has access to exclusive skills such as Dive Bomb and Rein skills.

With only 59 physical bulk at base, Elincia will take significant damage from physical opponents.

Flier status comes with its disadvantages. Elincia’s innate weakness to bows coupled with her low physical bulk makes her a prime target for archers.

Quadincia. Dive-Bomb is a game changer for this build, allowing Elincia to play a full on glass cannon without needing to take a hit. (Dull Close -> Dive Bomb)

She doesn't need +Spd or a heavy focus in speed because of her refinement, there's very few units that would survive her first two strikes with this build. If you think her bulk is low you can replace Death blow 4 with Sturdy impact instead.

the skill set i name is known as Quad city Elincia

Prf Brave weapon hitting 59/41 offenses by herself is pretty fun. Sturdy Blow helps get into Desperation range safely enough, though could be forgone for Flier Formation or Darting Blow seals instead. Luna likely more consistent on mixed teams, or if Fury or Bond skills is the more desired A skill, but ideal future plans are for Swift Sparrow 3.

Elincia already comes packed with a great prf weapon that just begged for some heavy Player Phase investment. With everything in this set, she should be able to quad just about anything that doesn't have outrageous Speed and matching Speed buffs. While that may not sound too dangerous because Elincia uses a Brave-weapon, the extra Atk buffs from this setup make even the bulkiest of Blue Armor units tremble. As such, an Atk boon would add an extra little oomph in her devastating offensive capabilities.

Amiti is the weapon of choice here for one main reason: putting a Swift Sparrow 2 effect on her weapon. This is the first of three buffs to be applied to Elincia (or more with team support). +4 Atk/+4 Spd on initiation may not sound like much, but it all helps in the long run.

As long as her max HP doesn't go above 40 (which is done with either a HP boon and +3 merges or a neutral HP IV and +6 merges), one single Ardent Sacrifice would put at or below 75% HP, which is the threshold that this set requires for the most optimum set-up. Otherwise, you could potentially get away with making use of Reciprocal Aid to help heal an ally that has been in combat.

The special I prefer is Luna as it makes the troublesome Defense stat of whoever she goes up against very moot, especially after three previous attacks from this quading/nuking set. Other 3-turn specials would work as well but not to the near effectiveness of Luna.

Death Blow 4 is a given here where it provides a +8 to Player Phase combat. With Amiti's natural Brave-weapon ability on Player Phase, that is a whopping +16 Atk between the two consecutive attacks.

The B-slot goes to Desperation 3 to make the likely quad attacks of this elegant Crimean princess go consecutively so long as she is below 75% HP. What better way to hit your opponent into oblivion than to do so back-to-back-to-back-to-back? The way this build is made, an opponent would be lucky to make it to the fourth hit let alone the third hit, so the consecutive quad is mostly to guarantee a ORKO on just about anything.

Seeing how she thrives on a Flier team with Hone Flier and Goad Flier support, it's only fair she gives back to her flying allies with a Fortify Flier buff. Elincia will fly in to obliterate someone and then require a swift retreat with the help of some Flier Reposition shenanigans, the Def and Res buff helps insure the Repositioning ally can survive the counterattack should they still be within range.

The sacred seal of choice is the Brazen Atk/Spd 3 seal. In the act of trying to reach the 75% HP threshold for Desperation 3, she will surpass the 80% HP or less requirement needed for Brazen to take effect. When done so, Elincia garners another powerful +7 Atk/+7 Spd during combat, adding onto the rest of her kit to pile on a total of +19 Atk and +11 Spd spur-like combat buffs (meaning no Panic Ploy to worry about here) to her already impressive offensive statline. 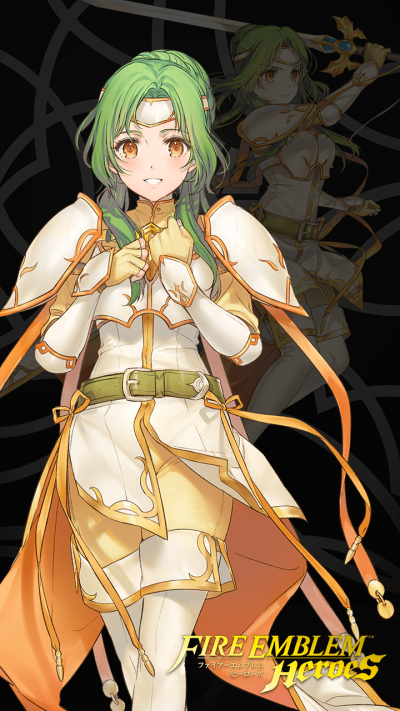