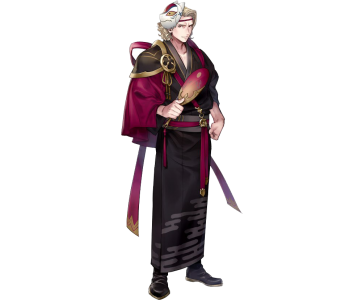 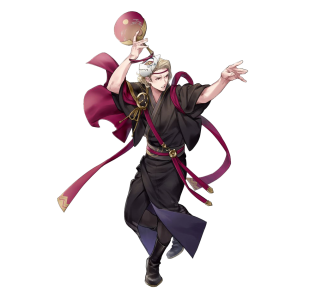 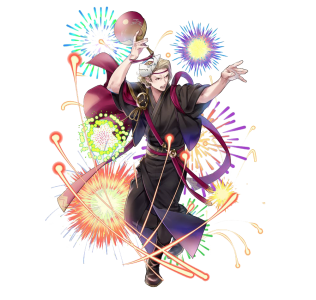 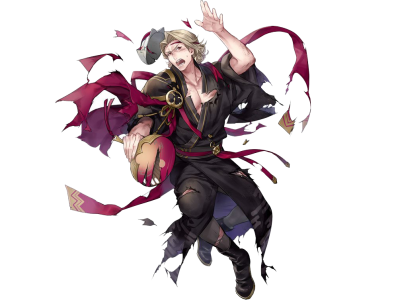 I Shall Dance! (Defensive Support)

Xander comes with a great base kit that is entirely functional with no changes aside from adding a Special and a Sacred Seal. However, switching his weapon for a Barb Shuriken allows him to utilize a higher cooldown Special for more damage. Thanks to Xander’s awful Speed, he is highly likely to get doubled by nearly any enemy; he can use this to his advantage by focusing on his physical bulk and utilizing Ignis for a huge damage nuke. Dusk Uchiwa is acceptable for budget purposes and/or if facing large numbers of cavalry enemies; make sure to use Bonfire instead of Ignis for Xander’s Special if not using Barb Shuriken.

Xander’s base Close Counter is great because it allows him to utilize his strong physical bulk against more than just archers and dagger users. He can pair this with the Close Def Seal to further emphasize his defensive capabilities.

Quick Riposte is vital to allow Xander to double, as his awful Speed prevents him from ever being able to double enemies without it. Utilizing it as his B skill is great since it’s in his base kit, but it may be worth considering Guard as an alternative option in order to help Xander handle enemies with powerful Specials. However, keep in mind that using Guard means that he is reliant on the Quick Riposte Seal to be able to double, and this results in him having lower bulk due to not being able to use the Close Def Seal.

Odd Def Wave is part of Xander’s base kit and is an excellent buff both for himself as well as his allies. It synergizes particularly well with the his playstyle due to simultaneously increasing his physical bulk as well as boosting his Ignis damage. However, it can be replaced as needed to suit the team.

As far as support goes, Xander can’t really go wrong as long as he has his Dance Assist equipped. The main perk of dagger units is that they can inflict severe debuffs on the enemy team; Smoke Dagger is particularly good for this since it allows the user to debuff all four stats at once. However, Xander’s base Dusk Uchiwa works just fine, particularly when dealing with cavalry threats. He can handle most physical cavalry threats quite well thanks to his physical bulk, and can even handle magical cavalry threats with good positioning.

Choice of Special is mostly up to preference since Xander shouldn’t see much combat with a support setup. Bonfire is a good compromise between cooldown and damage output, since Xander is very likely to get doubled by an enemy and be unable to defeat them due to lacking Quick Riposte. Moonbow is a bit more consistent, albeit lower damage option.

All of Xander’s skills are flexible and can be changed to suit the team. Close Counter gives him a bit more flexibility since he can engage a physical melee enemy on Enemy Phase in order to activate Smoke Dagger, but it may be worth considering a stat-boosting skill such as Fierce Stance or Death Blow if utilizing Dusk Uchiwa.

Wings of Mercy is a fantastic skill for any Refresher due to the increased mobility. Another good option is Firestorm Dance, or any of the other B skills that allow Xander to buff his ally while Dancing for them. Other good skills include any of the Breakers (such as Swordbreaker), his base Quick Riposte, and any of the Chill debuffs (such as Chill Def).

Close Def is a good seal to pair with Close Counter to help ensure that Xander doesn’t get KO’d when tanking physical threats on Enemy Phase. Otherwise, any combination of buffs between his C skill and Seal will work (including utilizing his base Odd Def Wave).

Xander is a bit of an oddity amongst the dagger units. He is easily the slowest of them; with 17 base Speed, Xander is one of the slowest units in the entire game. He even has a Speed superbane that can potentially reduce his Speed to 13. Fortunately, this is actually beneficial since it allows him to take advantage of a higher damage Special like Ignis as well as have more points in his other stats, which is a serious consideration for a ranged dancer due to their low BST.

Xander has strong Attack and Defense that he can use for both offensive and defensive capabilities, but his ability to Dance is easily his strongest feature. His strong support capabilities along with his potential ability to assist in combat make him a great unit to bring along any team.

Without even looking at Xander’s stats, weapon, or kit, he will always be an effective support unit purely on the basis that he can provide Refresher support to his team.

Xander’s Attack and Defense stats allow him to function as a great physical tank despite his abysmal BST due to being a ranged Refresher.

Xander’s low Speed can be used to his benefit, as getting constantly doubled means that he can easily charge up Specials like Ignis.

As a seasonal unit, Xander is rather difficult to obtain merges and optimal IVs for in the long-term.

While Xander has 54 magical bulk at neutral, this number is a bit misleading as his low Speed results in him constantly getting doubled; his base 16 Resistance is not enough to handle getting doubled by magic damage.

While Xander’s low Speed allows him to easily charge his Special, it also results in him taking significantly more damage than he would if he could avoid getting doubled.

A build for AR dark defence. Xander has a good def so he can try to bypass Mila's turnwheel. His weapon his the fury dagger for more stats (for the cheap version a +Def weapon is fine). His a slot his fort. Def/Res (fortress Def is fine too but extra Res could help), his b is literally anything, from chill Def to decrease the eventually Mila's stat, to quick riposte for combat purpose (mystic boots can help for nullify the recoil damage). In the c slot skills like threaten atk/Def 3 or the simple Def smoke are fine. His seal is fort.def (or chill Def if it isn't utilize)

Xander is a good supporting unit for my team with exalted chrom, Legendary Ephraim and brave Veronica. He can make the aptitude dance so L Ephraim E chrom and B Veronica, with good atk skills, can attack one more time, also Veronica can be health by first health E chrom, E chrom use the swap hp aptitude and Xander make Veronica play one more time and health chrom. Also grow his stats can help him when he fights back (he can fight back no matter the distance and have effects on horses rider) so maybe if I use Draco flowers on him he will be able to one shot ennemies (with more speed too)