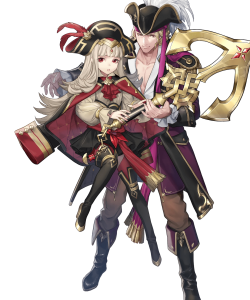 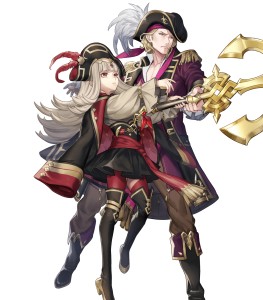 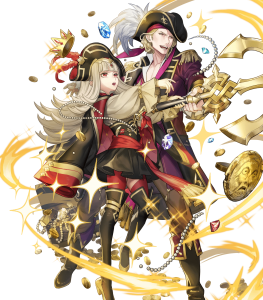 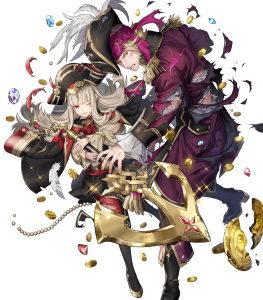 On top of having Special cooldown acceleration, Gate-Anchor Axe’s solo condition grants a guaranteed follow-up attack as well as what is effectively an in-combat buff to Veronica’s Atk, Def, and Res.

A base value of 39 (with a superasset) and damage further boosted by Gate-Anchor Axe. Veronica can run you down like a freight train.

High values in Def and Res as well as additional stats also granted by her weapon turns Veronica into quite a tough nut to crack.

As a Harmonized Hero, Veronica gets perks such as a unique activatable skill and scores well in modes such as Resonant Battles.

In addition to her superior mobility, Veronica has access to class-exclusive skills such as the Lull skill line.

Any hope for Veronica to make a follow-up attack is tied strictly to her weapon’s condition which puts her at the mercy of any unit with Null Follow-up and takes away from her performance during Enemy Phase.

There are some things that never change. War, the inevitable passage of time, Reinhardt. But most relevant to this build is the unavoidable fact that Cavaliers are the best movement type for Galeforce sets. To start off with, IVs. You really want an Atk boon and a Spd bane, since not only does Veronica start off with a killer base Atk of 39, but she also has a superboon in it, which leaves it at a nice 43, and it helps with activating Heavy Blade to help charge Galeforce. Dumping Spd is pretty blatantly the best option for your bane, since a base speed of 19 is beyond fixing, and Veronica’s Gate-Anchor Axe takes care of that for you. Speaking of which, Gate-Anchor Axe is basically the ideal Prf for Veronica, as it has cooldown reduction (always useful for Galeforce), and if you fulfill its solo condition, guaranteed follow-ups, and as a cherry on top, it boosts and lowers the defences of you and your foe by 5 respectively. The usual advice for assists applies, where you can pick whatever suits your needs, but generally Reposition is the best. The special is, of course, Galeforce. Fortunately, most of Veronica’s base kit synergies well with this build. Atk/Def Solo 4 gives a massive boost to Veronica’s most prominent stats as long as she doesn’t have any adjacent allies. Lull Atk/Def 3 reduces both your foe’s offences and defences. As for her C skill, you can pick from a variety of skills. Rouse Atk/Def doubles down on Veronica’s strongest stats. Atk Smoke is inexpensive to inherit, and helps with both tanking on Enemy Phase, and reaching the threshold for Heavy Blade. Veronica’s native Atk/Def Gap is very useful for buffing allies, if you want her to be a bit more supportive. Finally, Heavy Blade makes it so that Veronica can activate Galeforce in one round of combat.

Grants【Resonance: Shields】to unit and allies from the same titles as unit.