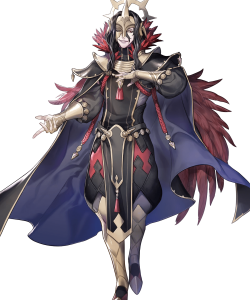 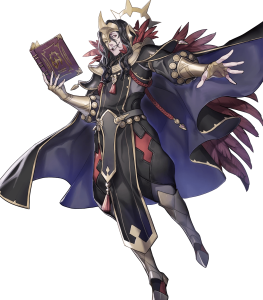 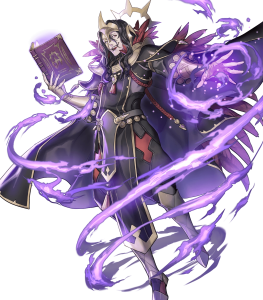 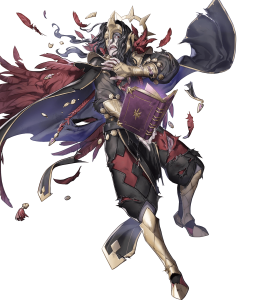 I bleed, sir; but not kill'd. (Vantage Sweeper)

With 42 HP, Iago will be able to consistently activate the effects of Iago’s Tome and skills that rely on high HP such as Sudden Panic and Panic Ploy.

Iago boasts a great 38 Attack, making him a solid choice for OHKO builds with Rauðrblade. He can also consistently pick off enemies with low HP to allow his allies to target other enemies or retreat.

The combination of 42 HP and 32 Resistance adds to a respectable 73 magical bulk, helping Iago survive multiple magical attacks. 32 Resistance is especially nice, as with the help of merges, skills, and Blessings that grant extra Resistance, Iago can opt to use Sabotage and Ploy skills to synergize with Iago’s Tome and inflict more debuffs on enemies’ stats.

As an Infantry unit, Iago is able to use many valuable skills to increase his reliability and combat performance such as Bonus Doubler, Lull Atk/Res, Special Spiral, and Null C-Disrupt. He also rarely needs to concern himself with enemies having Infantry-effective weapons, as those are exceedingly rare.

Iago will struggle to perform follow-up attacks and avoid enemy follow-up attacks because of his disappointing 27 Speed. This also indirectly cuts into his already meager physical bulk and otherwise impressive magical bulk.

Due to his unremarkable 23 Defense, Iago’s physical bulk sits at a shaky 64. While this would be reliable if Iago could consistently avoid enemy follow-up attacks, his 27 Speed prevents him from doing so, making Iago very prone to being ORKO’d by most physical enemies.

Whether Iago’s Tome inflicts Atk/Spd -4 and Guard or Def/Res -4 and Panic depends on whether the turn is odd or even and whether enemies are adjacent to each other or not. Because of this, Iago may not activate a useful effect depending on the turn, which is particularly detrimental in Aether Raids offense, a mode with a strict 7-turn victory condition. Most Aether Raids defense teams have every unit adjacent to another to receive in-combat buffs, making Iago’s Tome’s odd-turn effect worthless since it relies on enemies not being adjacent to each other.