Community Posts with Keyword Karel All 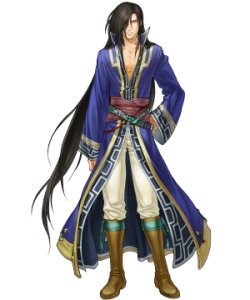 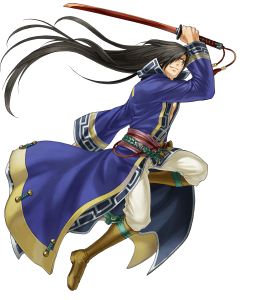 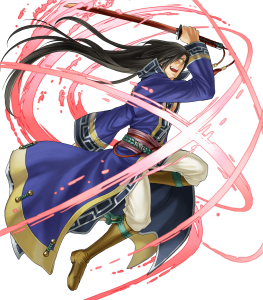 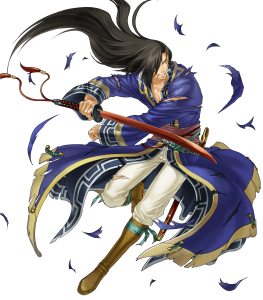 Karel’s statline and personal weapon heavily favor the role of an initiator and physical duelist. As such, he enjoys raising his Attack and Speed while dropping Resistance.

This build revolves around maximizing Karel’s damage upon activating his Special. This makes a boon in Speed the most desirable nature that Karel can receive; not only does it improve his own ability to perform follow-up attacks, but it allows him to avoid getting doubled by all but those in the highest Speed tier. A boon in also Attack makes for an acceptable choice, as it increases Karel’s raw damage output making it a more effective choice against slower bulkier opponents. In particular, this can be the deciding factor in his matchup against Fallen Hardin.

Thanks to the cooldown acceleration provided by Nameless Blade, Karel can activate powerful Specials more frequently. For the Special itself, Luna makes for a great choice by being both powerful and consistent with Karel’s middling Attack. In addition to this, it also pairs exceptionally well with the Flashing Blade Sacred Seal by allowing him to activate his Special on every other hit when in Desperation range.This allows him to perform reliably in continuous combat.

Moving on to main skills, Life and Death is the choice A skill to maximize Karel’s offensive potential. While this may take away from his already low Defense and Resistance, his survivability is hardly affected. Karel will still have a Def/Res bulk of 70/65, making him difficult to kill in a single hit. Fury makes for another great option; not only does it improve his bulk at the cost of 2 Atk/Spd compared to Life and Death, the 6 damage recoil taken after combat synergizes well with skills such as Wrath and Desperation.

On the topic of Wrath and Desperation, they are both choice options for the B slot. Wrath increases the frequency as well as the potency of Karel’s Special activations. This makes Karel’s Specials even more destructive thanks to the combination of Nameless Blade and Wrath giving him a monstrous +20 damage on activation. In exchange for the sheer damage provided by Wrath, Desperation makes for another great choice by allowing Karel to safely perform follow-up attacks on initiation without the risk of getting killed by a counterattack.

Thanks to his extraordinarily high HP pool, Karel can utilize skills such as Infantry Pulse and Panic Ploy. These both provide fantastic team support, as Infantry Pulse accelerates the Special cooldown of all infantry allies with HP lower than him while Panic Ploy provides a massive advantage over teams that like to use Hone/Fortify buffs.

Karel can make very effective use of the Flashing Blade Sacred Seal thanks to his high Speed. This allows him to activate powerful Specials more frequently. If he isn’t already utilizing Panic Ploy in his C slot, it can also be run in the Sacred Seal slot. Quick Riposte is another choice that can be used to give Karel longevity against certain units that are too fast for him to double. In particular, this allows Karel to defeat opponents such as Ayra, Lucina, and Soleil in the Enemy Phase. Finally, Speed +3 is a great choice if you want to further improve Karel’s ability to perform follow-up attacks.

Barring Dire Thunder and buffed Blade tomes, Karel’s magical bulk of 67 allows him to survive at least one hit from most mages. Coupled with his personal weapon and high Speed allowing him to avoid most follow-up attacks, Karel can serve as an effective ranged duelist by utilizing the skill Distant counter.

Thanks to the Special acceleration granted by Nameless Blade, Karel can bring the cooldown of Glimmer and Moonbow to only 1. This allows him to activate his Specials on his first counterattack every single time. Glimmer shines particularly in his matchups against mages due to them having lower physical bulk on average while Moonbow can be used to give Karel effectiveness against bulkier units.

Once again. Wrath is a great choice for his B skill. By gaining an additional +10 damage on Special activation, Karel will be able to swing even more matchups in his favor. Dull Ranged is another option that grants him immunity to Blade tomes by ignoring his opponent’s Hone/Fortify buffs. Finally, Vantage is another choice that can give him the potential to take out multiple opponents in the Enemy Phase assuming he has his Special ready.

Both Infantry Pulse and Panic Ploy remain great choices of C skill on Karel. Infantry Pulse provides team support by accelerating the Special cooldown of infantry allies while Panic Ploy increases Karel’s overall survivability, especially against opponents that utilize Hone/Fortify buffs. As for Sacred Seals, Panic Ploy will work just as well here. Distant Defense is a great choice for this Enemy Phase oriented playstyle, as it will reduce damage taken from all ranged opponents when initiated on. Outside of that, Speed +3 further improves Karel’s survivability by allowing him to avoid more follow-up attacks.

Thanks to weapon refinement, Karel’s blade has finally been unrestrained. Nameless Blade is a phenomenal weapon that combines the effects of Slaying Edge and Wo Dao. This gives Karel a massive boost to his damage output in both Player and Enemy Phase.

Statwise, Karel follows the Myrmidon archetype with high Speed, middling Attack, and low Def/Res. However, Karel distinguishes himself with his extraordinarily high HP pool. With it, Karel is able to utilize powerful support skills such as Infantry Pulse and Panic Ploy. It also makes him deceptively bulky; with his refined weapon, Karel has a Def/Res bulk of 79/73. Coupled with his high Speed preventing follow-up attacks from most opponents, Karel can prove to be a difficult unit to take out in a single round of combat.

Karel isn’t without his flaws. At a base value of 30, Karel doesn’t hit hard with just his raw Attack. Instead, he relies on quickly activating his Specials in order to do any significant damage. Having most of your bulk in HP can also cause other issues, as no amount of Speed will stop certain follow-up attacks occurring such as when being initiated on by a unit running the skill Bold Fighter.

All in all, Karel is a very solid unit that fits well on a variety of teams thanks to his offensive prowess, fantastic personal weapon, and ability to provide support to his team by effectively utilizing skills such as Infantry Pulse and Panic Ploy.

Nameless Blade is a fantastic weapon that fits Karel’s playstyle perfectly, as it increases both the power and frequency of his Special activations.

With his refined weapon, Karel has a massive 50 HP. This allows him to effectively use skills such as Infantry Pulse and Panic Ploy in order to better support his team.

At a solid base value of 35, Karel is able to both perform and avoid follow-up attack reliably. This can be accentuated by skills such as Fury or Life and Death depending on one’s preference.

At a base value of 30, Karel doesn’t hit very hard with just his raw Attack alone. This makes him highly reliant on activating his Specials to do significant damage.

Due to Karel’s middling Attack making him reliant on Special activation, any opponents running the skill Guard can completely mitigate Karel’s damage output.

Since Karel is only available at 5* rarity, not only is it hard to get the optimal IV set, but getting additional copies of him to merge can be a challenge for most players. 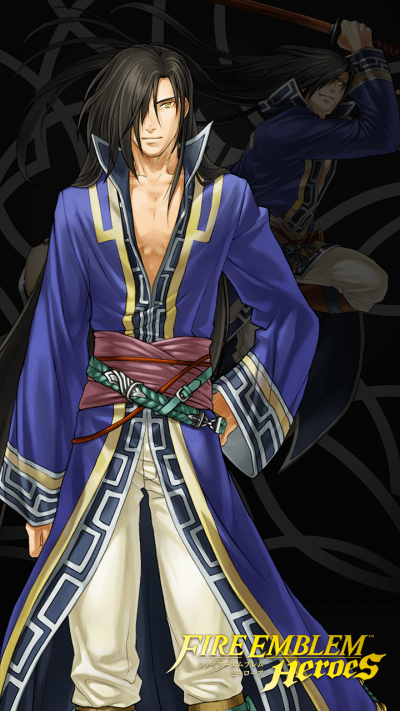 More Power!
The time has come for triple DC. Moooorrreeee Power! Absolute Power! 10…
What is one unit from each color that you wish you had?
I’ll start. Red: Ascended Mareeta Blue: Hatari Karla Green: Spring Sonya Colorless:…
Def/Res Ideal 4 Users
So I’m a big fan of the idea of just raising a unit’s def/res through the roof to be a…
I never knew this about canto
I never really considered how canto interacted with skills like Close Call. Tried it…
Seldom Seen +10s
Or just seldom seen high invested units. Basically show off your high invested units…
Read More