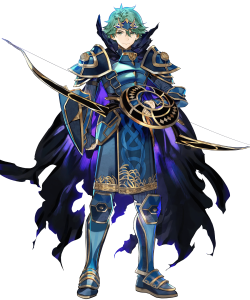 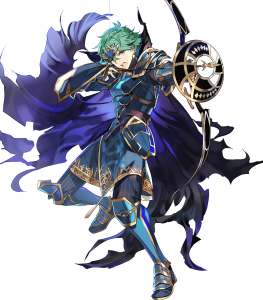 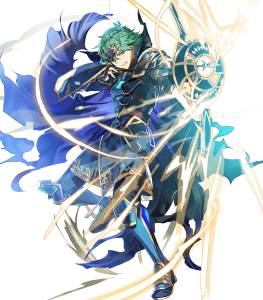 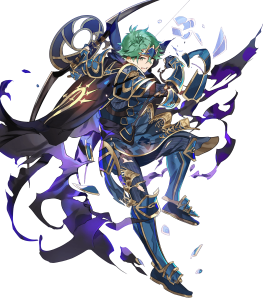 Remember when an Archer with 37/37 offenses was unprecedented? Not so much anymore, but Alm’s offenses still more than suffice, especially with the litany of in-combat buffs he can attain.

Having been left in the dust by many of his Archer peers, Alm returns with a long-awaited refine that helps re-establish him at the top of the Archer hierarchy.

With +10 Atk, +13 Spd, Windsweep without the self-follow-up prevention, Guard nullification, and significant true damage, Alm can pack a punch with Luna Arc alone.

While Luna Arc is a very strong weapon, it in combination with Lunar Flash II is what makes Alm a remarkably potent offensive force; like base Lunar Flash, it increases damage by 20% of Alm’s Spd and ignores 20% of the enemy’s Def. On top of these effects, however, it also neutralizes non-Special, percentage-based damage reduction effects (such as those from Summer Edelgard’s Regal Sunshade, Fallen Rhea’s True Dragon Wall, and Halloween Myrrh’s Spirit Breath), improving Alm’s damage consistency and matchups against meta picks, most of which have some form of damage reduction (or receive damage reduction from effects like Flayn’s Caduceus Staff and Elimine’s Holy Ground).

Access to skills such as Null Follow-Up and Time’s Pulse help secure Alm’s damage output and consistent Special activations. Conveniently, these skills are also in his base kit!

Although Luna Arc’s Windsweep effect lets him safely initiate against physical enemies, he should be wary of Enemy Phase combat, magical enemies, and Null C-Disrupt.

At the time of writing, Far Save Armors are a mixed bag between dealing physical and magical damage; as such, Alm’s Windsweep effect could be inconsistent in ensuring his survival. This can be circumvented via Bridal Catria’s【Triangle Attack】effect from Wedding-Bell Axe, which grants Alm a conditional Brave effect to guarantee he lands at least two hits, one of which will be boosted by Lunar Flash II as long as his Special cooldown is one or lower (from Time’s Pulse and/or external Special charges). Since he is attacking twice anyway, he can also replace Null Follow-Up for Watersweep to guarantee his survival while still boasting strong damage output.