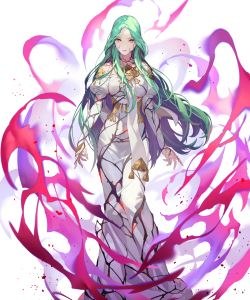 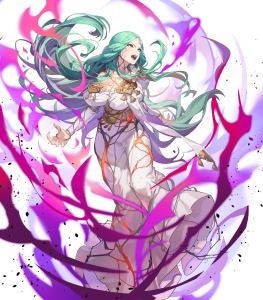 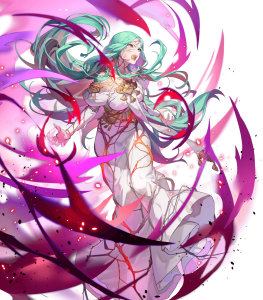 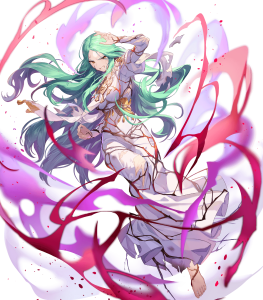 Adorned with Bloodstained Petals (Near Save)

The tradition of Rhea alts getting Res-based damage reduction continues with Fallen Rhea. While Seiros and Halloween Rhea have normal Dragon Walls, Fallen Rhea has the True Dragon Wall, a direct powercreep of her previous versions’ B slot.

With most potent damage dealers investing little to no skill or support effects into Res, Rhea can easily reach True Dragon Wall’s damage reduction cap, significantly improving her survivability. The healing after every combat and at the start of every turn provides Rhea with some sustainability as well, making her extremely difficult to KO.

In combination with Ruinous Frost and True Dragon Wall, Rhea’s Armored status granting her superior BST and access to Near Save and Far Save allows her to excel in the current meta.

As a result of Ruinous Frost, Rhea’s playstyle is rather OHKO-centric. Though she performs exceedingly well at this playstyle thanks to her remarkable damage output, should she fail to OHKO, enemies with guaranteed follow-ups and anything even resembling a Spd stat will both survive (since she cannot attack again) and land two attacks. The accumulating damage may be overwhelming for Rhea, and her team may face problems when cleaning up surviving enemies in the following Player Phase.

While Rhea is no doubt an incredibly strong unit, she faces competition from a myriad of peers. Common Near Save units include Arden, Halloween Myrrh, Brave Hector, Ascended Idunn, Halloween Robin (M), and Fallen Edelgard, while common Far Save units include Brave Hector (again), Ascended Idunn (again), Nagi, Valentine’s Robin (F), and Fallen Edelgard (again). All of these units can perform Rhea’s roles with relatively similar, if not even greater ease depending on the scenario, though vice versa also applies.

In particular, Rhea’s status as an Armored Dragon rather than an Armored Beast is almost purely detrimental, as Armored Beasts gain +2 Atk and Distant Counter on transformation while Armored Dragons get…nothing. While it could be argued that some of Rhea’s effects probably would have been locked behind transformation if she were an Armored Beast (similarly to the Galeforce and damage reduction effects Fallen Edelgard receives from Twin-Crest Power and Armored Wall respectively being locked behind transformation), lacking innate Distant Counter makes Rhea a potentially weaker Far Save option than others, though she is still more than viable nonetheless.