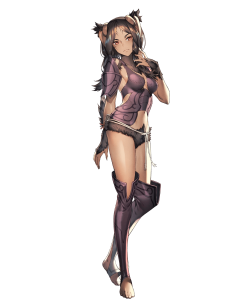 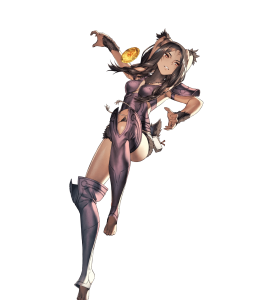 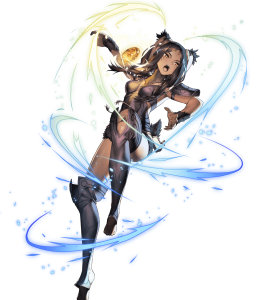 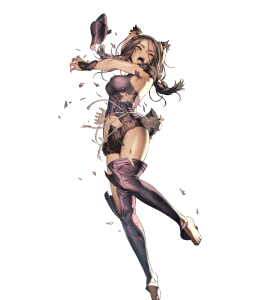 Along with Selkie, Panne was our first beast cavalry hero to appear in the game, introducing us to the class's inherent ability to inflict Atk/Def -4 and inhibit the enemy's follow-up attack upon initiating combat. As with anything early-released, however, more relaxed competitive standards held back then have risen significantly higher, and in retrospect, Panne's mere +3 to all stats would never have kept her relevant for long.

Fortunately, a lot of older units can greatly resist the tide of power creep with a sufficient refinery update, and Panne's Taguel Fang is no exception here as it now basically:

Along with the previously mentioned beast effects in Taguel Fang, Panne's beast cavalry status grants her a number of thankful goodies. As with any cavalry unit, the ability to traverse three spaces is always a competitive boon to have as it gives Panne wide attacking closure and escape flexibility. Additionally, access to the Near Trace line makes Panne a pretty good hit-and-run unit, and can be combined with Galeforce for extended actions and escapability.

Picky with Allies, Positioning, and Enemies

In addition to regular beast transformation conditions (which inherently make most Beast units like Panne a mismatch with human units to begin with in team building), Taguel Fang bites down with less gusto specifically versus fellow beasts and dragon folk. Specifically, Panne loses out on an additional +4 Atk/Spd/Def/Res as well as Special denial against them, which is certainly a shame as powerful beast and dragon units become more relevant in competitive modes — especially the Special-centric variety of Fallen Edelgard, Fallen Rhea, Ascended Idunn, and co.

Positioning Panne to be away from allies, pairing her specifically with other nonhuman units, and having to deal with stunted (but still fairly good) combat against certain enemies are all fairly doable stipulations, all things considered. Just be warned that in heavily-involved combat and positioning mindgames, perfect conditions are not always guaranteed.

A lot of Taguel Fang's power comes from its additional refinery effects — that is, an additional spectrum stat boost of +4, automatic follow-up, and true damage. These effects assume Panne maintains herself above a quarter of her max HP.

Fortunately, this is a perfectly doable condition to abide by. UNfortunately, it is also one that's easy to fall out of in intense fights or as a consequence of negligent decision-making. While Panne still puts up a fairly good fight when knocked under, her combat will take a fairly obvious nosedive where it counts. As such, otherwise perfectly good recoil skills like Atk/Spd Push 4 and Fury are definitely not recommended on her.

Unlike those filthy horse-enslaving humans in the axe, sword, and lance categories, Panne doesn't have the luxury of running Flow skills, many of which would have further improved her initiation options against key defensive threats while providing secondary effects like healing and neutralizing offensive penalties. Besides this, Panne would have also appreciated a less roundabout way of reducing incoming damage via Dodge skills rather than Spd Smoke 4.

More Heroes Journey funnies
Meanwhile, there are concerned noises coming from one of the academy houses… …
F.Lyon any good in SD/AR-D?
(topic deleted by author) 1 post - 1 participant Read full…
I guess I should use some of these
I’m not a hoarder in real life, I swear … 12 posts - 11 participants …
So...its been a little over a year
How goes it all? Do you remember me? No? Ok. Well anyway, I finally got a new phone…
Flame Rinkah builds?
I can +10 Rinkah but haven’t just yet, as her stats are currently somewhat on par with…
Read More