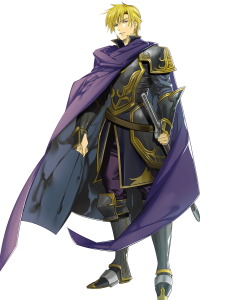 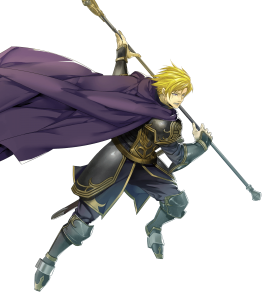 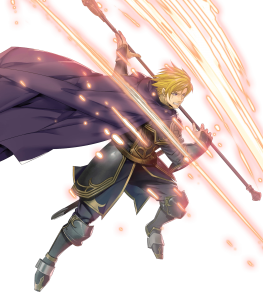 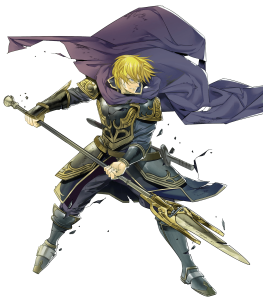 The knight general of Etruria who carried you to the end of Binding Blade enters the world of Fire Emblem Heroes as another strong lance cavalier. Sporting an impressive offensive statline of 32 Attack and a whopping 37 Speed at base, Perceval competes with the best when it comes to offensive power. Furthermore, Percival also has the benefit of a very balanced defensive statline of 28 Defense and 27 Resistance, allowing him to tank hits well from physical and magical damage alike.

Perceval also enjoys all the benefits of his personal weapon, Prized Lance. With stark similarities to the weapon wielded by Sirius, Prized Lance retains the passive slaying effect, allowing Perceval to activate his specials more frequently as well as granting +4 to all stats with the condition being that Perceval’s opponent is at 100% HP. In addition to this, Prized Lance also has the effect of Guard under the same condition, preventing Percival’s opponents from activating their Special.

Overall, Perceval is stellar addition to the pool of lance cavalry units thanks to his impressive statline and powerful exclusive weapon.

In addition to accelerating the cooldown of his Special, Prized Lance grants Perceval a significant advantage against opponents with full health by boosting all of his stats by 4 and preventing the activation of their Special.

Perceval’s high-end 37 base Speed makes him highly proficient in both performing and avoiding follow-up attacks.

Sporting solid values in both Defense and Resistance, Percival performs well at taking both physical and magical attacks.

In addition to his superior mobility, Perceval has access to class-exclusive buffs such as Hone Cavalry

While being a cavalry unit has its advantages, it can also be a detriment. On top of forests and trenches making it harder to navigate maps, Preceval also has an innate weakness to cavalry effective weapons. Additionally, cavalry units also have limited access to certain skills.