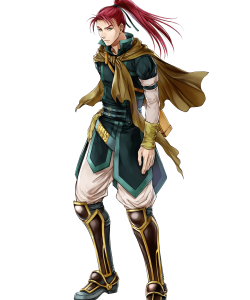 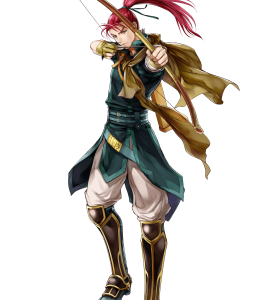 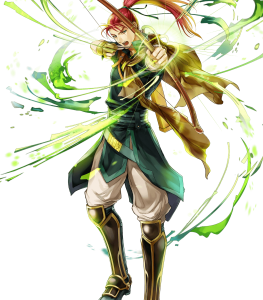 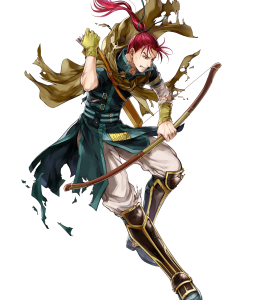 Stacked with slaying with a +5 to all stats and Close Counter solo. This is so far beyond my expectations for the quality of weapon that Shinon would get. I thought he would be a trash demote red archer or something.

Shinon’s extraordinary offensive spread of 38 Attack and 42 Speed allows him to naturally deal significant damage as well as easily double most opponents.

Thanks to his status as an infantry unit, Shinon gets to enjoy a wide variety of skills exclusive only to certain movement types such as Time’s Pulse, Null Follow-up, Special Spiral, etc.

The strict requirement of Shinon to no be adjacent to any allies in order for his primary kit to function can be quite detrimental to his performance and something you will have to at times play around.

Double bow: Running any other bow on this guy wouldn't make sense because this one gives him plus 5 to all stats and gives him built in close counter when alone.

Smite: I would recommend this assist skill just to get allies that are near him away. This skill also helps to activate the true potential of his bow and activate said solo skills.

Deadeye: I would keep this skill because not only is it a good skill in general, but it also let's him get rid of pesky damage reduction units like brave ike and brave edelgard.

Atk/Def solo 4: I would keep this skill because it not only fuses with his weapon very well, it also gives him more bulk to allow him to take more hits.

Lull Spd/Def 3: I would choose either this skill or the b skill that he comes with. I'm leaning to this one a bit more because it lowers your opponents defense a speed by a bit, allowing shinon to hit even harder and double even easier.

Rouse Atk/Res 3: I personally chose this skill over time's pulse because stacking all of these solo skills makes shinon a really powerful unit and I just felt that he needed a bit more resistance.

Spd/Res solo 3: This seal or attack and defense solo 3 is the seal you would want to go with. I would choose Spd/Res solo 3 because he is getting even more resistance and even more speed.

Overall, Shinon is an extremely powerful unit and is definitely worth investing. His bow is amazing and his base kit is good as it is, but changing up that base kit can make him a god when he's alone.

Vantage unit for Anima season ... with the -hp even with double bonus heroes if the enemie team have Duma you can use Ardent Sacrifice to join vantage & Brazen range ... One of the faster unit on the game FB4 is a very good option with compination of the Double Bow you can have Miracale after 1 fight.