Community Posts with Keyword Soren All 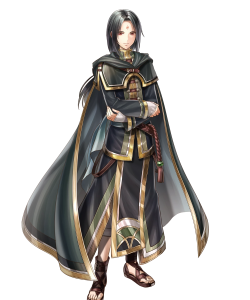 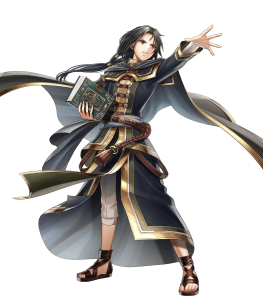 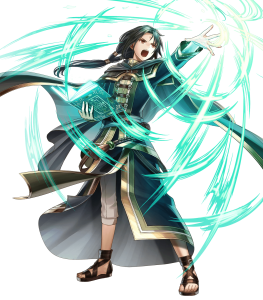 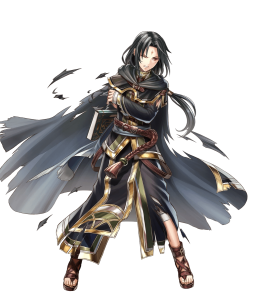 Soren’s new unique tome, Wind’s Brand, offers him exceptional utility to his team in the form of a devastating, unavoidable Attack debuff. With its refine, he can also function as a defensive mage counter, thanks to the big boost in stats from the refine’s Owl tome effect.

The primary function of this build is to utilize the powerful debuffing capabilities of Wind’s Brand. Combining the Chill Atk effect with the Chill Spd B skill results in Soren completely crippling what are likely the two biggest threats on a given enemy team, which would be the units with the highest Attack and Speed - this may even be a single unit running something like Life and Death. Chill Def can work in place of Chill Spd, particularly if he plans on supporting a powerhouse physical attacker like a Brave Bow archer. For budget, Vantage doesn’t help Soren’s ability to debuff, but it does work well in improving his Enemy Phase fighting ability with the Owl effect refine. Without a refined Wind’s Brand, Quick Riposte is useful to secure doubles against speedier mages that Soren may otherwise be unable to double due to lacking the bonus stats from his refined tome.

The choice of Special is entirely up to preference and level of support that Soren has. The main thing to consider is the desired timing of Special activation: a lower cooldown will result in being able to fire off the special during each combat, while higher cooldown can allow Soren to save his special after one combat to wipe out the next enemy. However, if running Heavy Blade, then Iceberg is the best choice.

Due to the Owl effect of the refined tome, Bond skills like Atk/Spd Bond work fantastically. Alternatively, Distant Def can be taken to maximize Soren’s defensive capabilities versus ranged enemies. Fury is a good budget option that can allow Soren to shine on both phases, though the Owl effect can be difficult to utilize on Player Phase.

C slot is mostly personal preference, but running a Ploy skill like Res Ploy works great with the debuffing nature of this build. Ploys are an even better option if running Fury due to the extra Resistance resulting in increased chance of landing them. Otherwise, any skill can be used as needed to suit the team; Spur or Drive skills work great in Owl tome-centric team compositions.

For seals, Distant Def boosts Soren’s defensive capabilities further. Combining this with the Owl tome effect of Wind’s Brand and any of the recommended A slots will result in Soren becoming quite powerful on Enemy Phase. Alternatively, Speed +3 is a good option all-around. Finally, Heavy Blade can be worth considering as despite Soren’s relatively unimpressive Attack stat, all of the Attack boosting from the build combined with the -7 debuff from Wind’s Brand can actually make it quite easy for Soren to activate it.

Standard Blade tome setup for Soren. Nino runs this blade better in terms of raw offensive power, but Soren has the advantage of having a higher Resistance stat, allowing him to run a Ploy skill to bolster not only his own capabilities, but also provide a bit of team support.

The choice between Glimmer and Draconic Aura is mostly up to preference. Both scale exceptionally well with the boosted damage from a Blade tome. If running the Heavy Blade seal, then Draconic Aura is the better option with Desperation, while Glimmer will work well without Desperation.

Fury is easily the best choice for the A skill, as while it gives less offensive stats than Life and Death or Swift Sparrow, it also provides additional Resistance which allows Soren to be more effective with Ploys. If not running Ploys, then Swift Sparrow and Life and Death are both viable options. Soren’s bulk will drop so low with Life and Death that it’s worth considering running Ardent Sacrifice to give him a safe way to enter the Desperation HP threshold without risking his survival.

For the B slot, Desperation is generally the best option to allow Soren the ability to take out entire teams with proper team support. However, G Tomebreaker is a viable option to secure his matchups against other green mages if that is a concern, such as if the team lacks an answer to them (usually if the red is a melee without Distant Counter).

Landing Spd Ploy maximizes the chance that Soren will be able to double enemies, but Res Ploy is also a good option to simply increase his damage. Being able to run Ploys is the primary advantage that Soren has over Nino, so it’s best to run them if at all possible.

For seals, Speed +3 is always a good option to help Soren land more doubles. Alternatively, the Heavy Blade seal can help him activate his Specials faster; this is useful due to the slowed activation rate as a result of wielding a Blade tome. Activating a strong special like Draconic Aura can allow Soren to win matchups he otherwise wouldn’t be able to.

On his initial release, Soren was relatively unimpressive due to his stat spread being arguably worse than that of Nino. However, thanks to his new unique tome, Wind’s Brand, he now has an incredibly potent niche in the form of an unavoidable -7 Attack debuff. The potential Owl effect refine is just an added bonus on top of that.

Soren can now fulfill a variety of roles, often all at once - debuffing, damage dealing, tanking (against ranged, usually magical). Wind’s Brand even helps patch up his awful physical bulk - to the point that he can actually consider taking on physical threats now. However, he will still get blown apart by focused offensive physical threats like Brave Bows.

Overall, Soren has exceptional potential with his new tome. It is still possible for him to run a good Blade tome set, since he still does have his own niche there as well, but he really shines with his debuffing capabilities. Due to the entirely unavoidable nature of the debuff, he can fit into any team and produce spectacular results.

This tome comes with a powerful Chill Atk effect - an unavoidable -7 Attack debuff to the enemy with the highest Attack. With this, Soren can effortlessly cripple even the strongest enemies.

While the Owl effect refine of Wind’s Brand may not seem particularly impressive when looking at Soren’s Defense stat, it is important to consider that the effect is an additional bonus on top of the existing Chill Atk effect. The combination of the two result in Soren having an incredibly powerful and versatile weapon.

On top of having exceptional support capabilities, Soren can also deftly handle combat thanks to a good 33/33 offensive spread. The Owl effect refine in his unique tome only makes him better.

Due to his tome, Soren can fulfill a variety of roles - debuffer, damage dealer, magical ranged tank. Not only that, but he can do them all at once!

With 53 physical bulk at neutral, Soren is already in extreme danger when facing any physical threat. With either a -DEF or -HP bane, this only gets worse. Fortunately, the Owl tome effect from his refined tome can help alleviate this.

Soren lacks the superior mobility and buffs that other movement types (like cavalry and fliers) have access to, which does put a hamper on his potential. This is even more noticeable if running a Blade tome set.

The higher speed from the +Spd Wind's Brand and Threaten Speed will help Soren make use of the Flashing Blade skill, which will help him proc Aether more often. The combination of Aether and Desperation should help keep Soren self-sufficient on multi-map modes like Tempest Trials, while Close Counter will allow him to bait out pesky lance users that might pose a problem for Ike. (If you want to use him more defensively, you can also easily switch out Desperation with Vantage.)

Glass cannon Soren with the idea of maximizing his speed potential (Watersweep hinders that which sucks because Soren's speed is pretty good). IVS: +ATK -DEF. Will not work effectively with a Speed bane.
This is with 4 Dragonflowers.
Could also be an Anti-Reinhardt build.
Wind's Brand with the effect is useful for support potential; place him next to a couple of spurs and he should be pretty good with the stat boost by adjacent allies x2. It also has the built-in Chill Atk 3 skill which can combine with the Chill Spd Seal.
Life and Death will bump his speed to a nice 39 and his attack to a high 56, essentially outspeeding the majority of people in-game.
Desperation will help guarantee his follow-ups, especially with the terrible Def stat and low HP bulk he has.
C Slot is flexible so I left it at Fortify Res since it's already in his base kit.
Chill Spd allows him to be able to take down the high-speed units seen in battles nowadays.

The Attack Stat Debuff mage himself! No matter if in or out of combat, someone will be doing less damage to him and his teammates. My Soren is a 4 star plus 10.

Stats listed for 5*+10 with +10 dragon flowers. Soren can utilize situational buffs and debuffs to become a deceptively bulky unit. Wind's Brand grants him up to +6 to each stat and debuffs a single opponent, granting a potential effective +7 to defense and resistance. Atk/Def Bond 3, Chill Spd 3, Joint Hone Spd, and Ally Support can provide additional stat bonuses.

Fury 4 could provide an additional +4 to all stats (for an effective total of 279) but Close Counter is better suited for this build.

Ultimately, we're looking at an oppressively powerful support unit that can excel in both phases using a myriad of situational stat bonuses. Take care to avoid units who utilize special acceleration, guaranteed follow-ups, and true damage.

He's got some good utility and offensive power with this build. Went with +attack so he could more consistently proc heavy blade, but I would prefer +spd so he could use flashing blade. 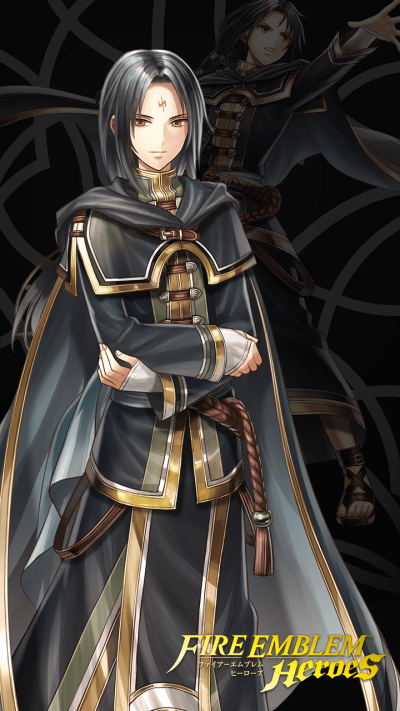