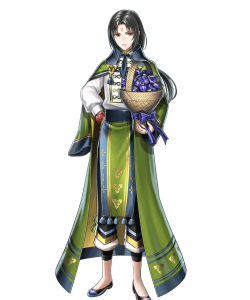 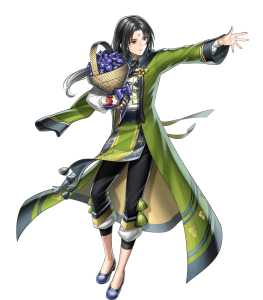 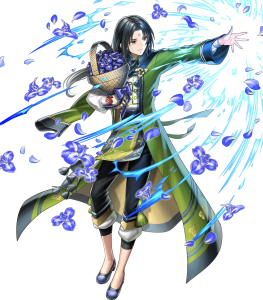 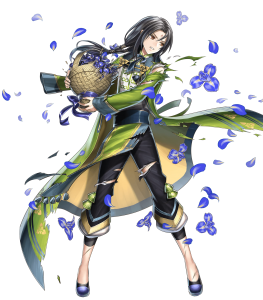 As with most Blade tome users, Attack and Speed are Soren’s most important stats. As such, an asset in either of these stats compliments the purely offensive playstyle by maximizing the damage that Soren is able to do in a single round of combat. For his assist, Ardent Sacrifice has great synergy with Desperation. Soren’s lacking overall bulk makes him susceptible to getting killed in only one hit by both physical and magical damage. By dropping his HP without the need to engage in combat, he can safely get into Desperation’s 75% HP threshold. Otherwise, any choice of movement skill such as Reposition will make for a suitable Assist.

Glimmer is a great choice of Special on any Blade tome user, as it scales with the additional damage received from Hone/Fortify buffs and activities within a reasonable timeframe despite the cooldown penalty tied to Blade tomes. Moonbow also makes for a suitable alternative, particularly against opponents with high Resistance such as Micaiah and Lute.

Moving on the main skills, Atk/Spd Solo makes for a premium choice of A skill by providing a significant boost to Soren’s offensive stats when not adjacent to any allies. Similarly, Swift Sparrow provides a slightly weaker boost to Attack/Speed on initiation without losing anything else. Life and Death is another great option; while it does grant Soren a strong offensive boost, it comes at the cost of severely damaging his overall bulk. This makes him even more susceptible to getting OHKO’d by physical and magical damage alike. Finally, Fury makes for yet another solid alternative by making it easier to get into Desperation range as well as increasing his overall bulk at the cost of a marginally weaker offense.

Desperation is the cornerstone of any offensive glass cannon mage build. One in the HP range, Soren will be able to safely double his opponents without the risk of getting killed on the counterattack. Hone Cavalry makes for a great choice of C skill, as it allows Soren to be a benefactor on a cavalry-centric team where he is most effective. Wave skills such as Odd Atk Wave also make for a good option, as they boost Soren’s self-sufficiency by giving him an automatic stat boost every other turn. Otherwise, the C slot can be replaced as needed to suit the team.

Last but not least, Soren has several options for Sacred Seals. Heavy Blade makes for a very effective option by allowing Soren to consistently accelerate the cooldown of his Specials thanks to the damage scaling property of Blade tomes. Darting Blow also makes for a very effective choice and suits the purely offense playstyle perfectly by granting Soren a significant boost to his Speed on initiation. If the aforementioned are unavailable, both Attack +3 and Speed +3 give Soren a solid boost to his key stats.

In exchange for the sheer offensive power of a Blade tome, this build aims to give Soren an additional role as a strong support unit by making use of the weapon Juicy Wave. Overall, this set bears many similarities to a purely offensive one with a few notable changes. Without the damage-scaling property of a Blade tome, Soren prefers Specials that scale with his opponent’s Resistance such as Moonbow or Luna.

Having Desperation built into his weapon, Soren has the freedom to run other skills in his B slot such as Chills. Both Chill Spd and Chill Res make for great choices by potentially increasing Soren’s damage output as well as the overall support that he can provide to his team. While Chill Res can massively increase damage against the affected target, it is not always consistent. This is due to it targeting the unit with the highest Resistance and not necessarily the unit with the highest magic bulk.

Class-exclusive buffs such as Hone Cavalry remain coveted when running Soren alongside other cavalry. On a mixed team composition, any form of a Tactic skill can also allow Soren to provide buffs to his teammates. These can be run in both the C and Sacred Seal slot. Otherwise, Darting Blow remains a good offensive choice in the latter.

Despite his cold demeanor, the Greil Mercenaries’ calculating tactician makes his first appearance on a festive banner as a blue tome cavalry unit.

Statwise, Soren sports a solid offensive statline with 35 Attack and 33 Speed, making him a great choice for the role of an offensive cavalry mage as well as a particularly good Blade tome user. Thanks to his status as a cavalry unit, not only does Soren have an innate advantage when it comes to mobility, Soren also has access to powerful class-exclusive buffs such as Hone Cavalry.

Soren’s biggest weakness stems from his poor overall bulk of 62 magical and a measly 51 physical. This makes him highly reliant on Desperation in order to avoid counterattacks from Distant Counter units, as they will likely take him out in only a single hit. Regardless Soren remains a good choice for an offensive blue mage thanks to his solid statline, superior movement, and access to class-exclusive buffs.

At a base value of 35, Soren can do impressive damage with his raw attack alone. This is particularly useful in OHKOing units that are too fast to double.

While nothing outstanding, Soren’s base 33 Speed does him well in avoiding follow-up attacks as well as performing them when provided with a bit of team support such as Hone Cavalry.

In addition to his superior mobility, Soren has access to powerful class-exclusive buffs such as Hone Cavalry.

With only 51 physical bulk, Soren is highly susceptible to getting killed in only one hit by many physical attackers.

Being a cavalry unit also has its downsides. In addition to forests and trenches making it more difficult to navigate maps, Soren has an innate weakness to cavalry effective weapons