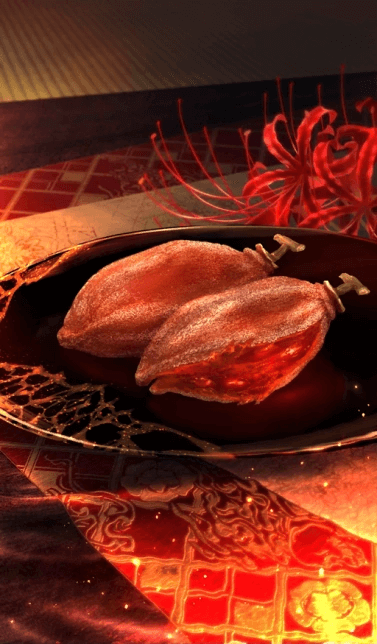 Dried persimmons from Mino. During his lifetime, it was said that Nobunaga gave these only to those he favored. They are natural treasures renowned for their wonderful sweetness, despite their simplicity. Out of those who received these dried persimmons, one became a great daimyo who earned one million koku of rice, another was consumed with despair, while another was said to have become a ruler of a nation.

...Now that you number among the recipients, what will become of you?