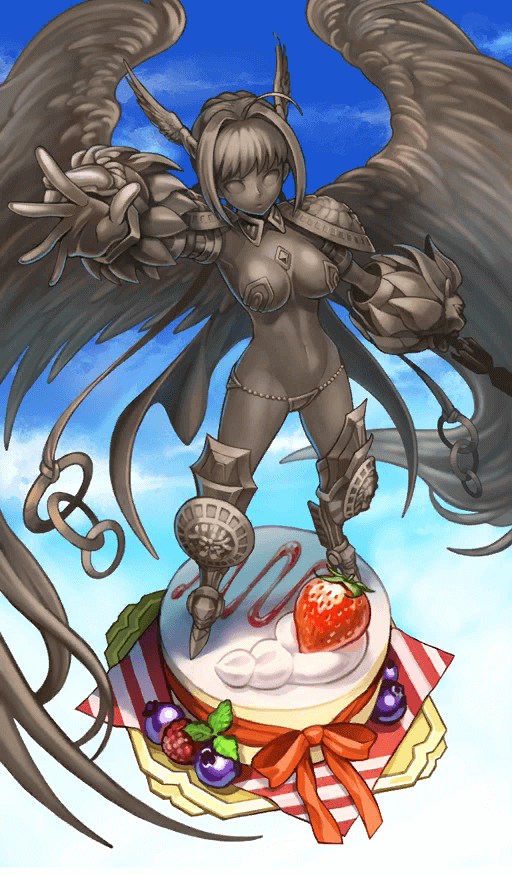 A chocolate inspired by the statue of Venus found in the Golden Theater by the sea. It is an intricately carved masterpiece in both design and taste. Why is it a statue of a winged Venus? Nero herself doesn't know. She says it just came to her.

"Umu. I initially intended to design a cute mascot, but the next thing I knew, I'd made this! Love it! Cherish it as if it were me!"

Rabbit's Reviews #296: Koyanskaya of the Light

Busti's Stall Diary Chapter #346: GP user insert-name is a wittwe cowawd baybee uwu ♡
20210801_1944581367×1080 200 KB ▼ LB6 spoilers the thread, cos we love triangles ▼ …
LB6 Castoria's jealous of Bageko
BAGEKO !! 3 posts - 2 participants Read full…
Should FGO and an additional slot to the extra catagory for support setup
With the introduction of a new class it got me thinking about the friend support…
6th Anniversary free SSR ticket thoughts?
For the 6th Anniversary, FGO will get a free ticket, choosing from among 32 SSRs …
First Append Skills
@Lexi’s Hit Count posts can save the day again for some servants. …
Read More