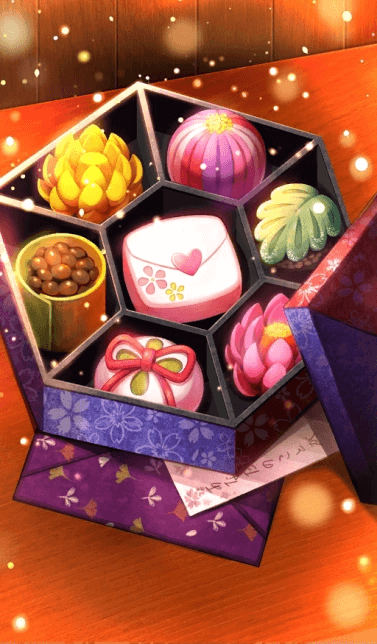 The chocolate is pretty intricate in itself, but the main issue is the letter...which was written in a frenzy during the wee hours of the night. It is filled with scribbled rantings oozing intense emotion directed towards you.

Even if you were denied an opportunity to read much of the letter's contents, that's a trivial matter...for she has already stolen your heart.

As for Osakabehime herself, she's relieved because she believes nothing's been exposed since she snatched the letter from your hands.

But even the one page that was left behind should be enough to know how she feels.