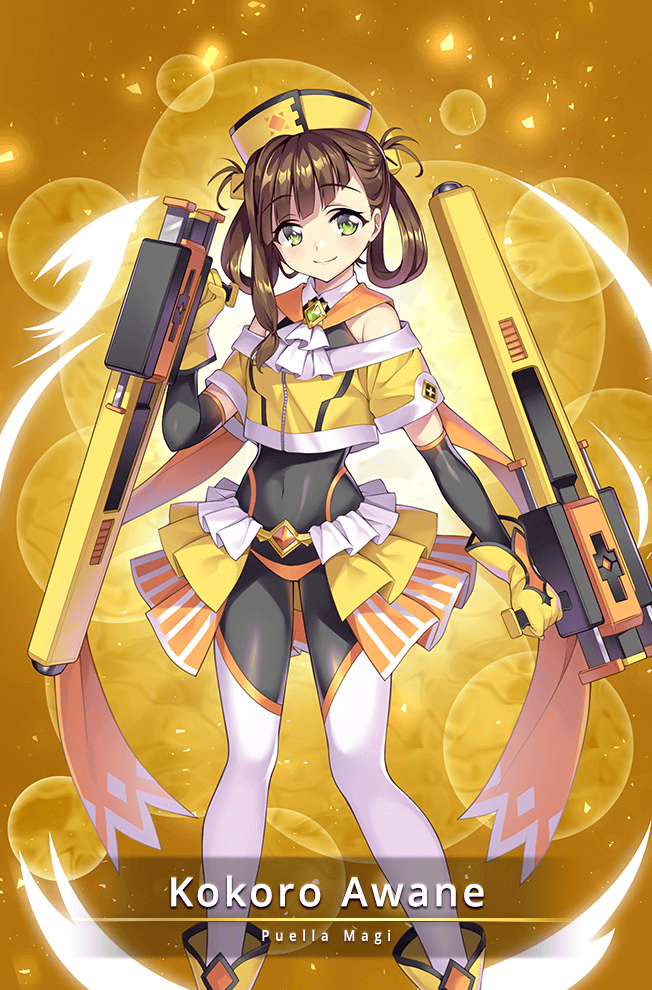 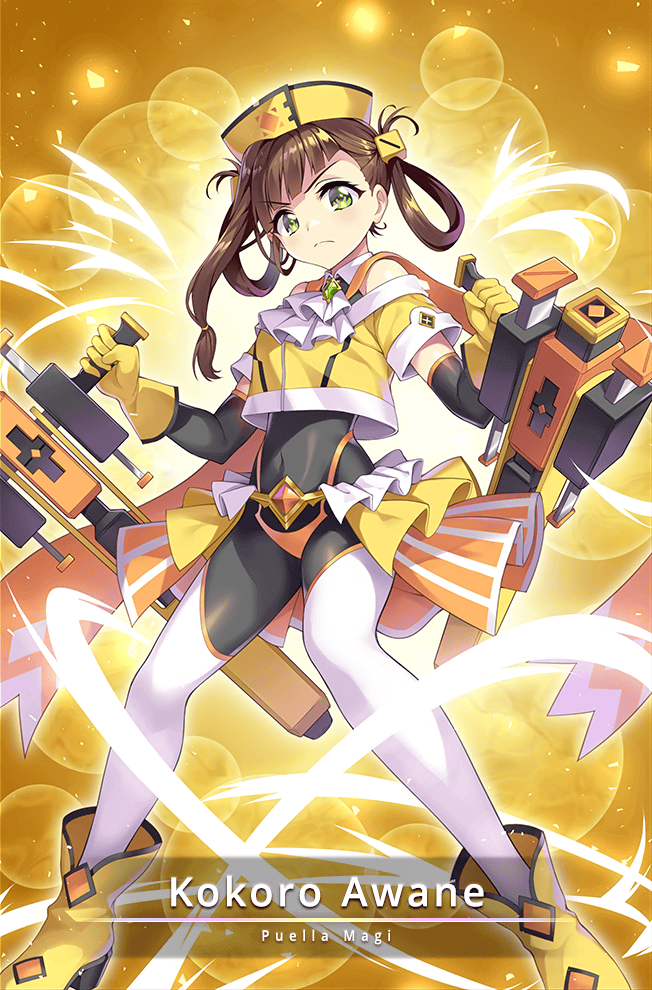 A Magical Girl who always tries to put on a happy face. Her parents divorced when she was young, and she's lived with her father ever since. Their relationship has become strained, leading her to become emotionally shutoff. 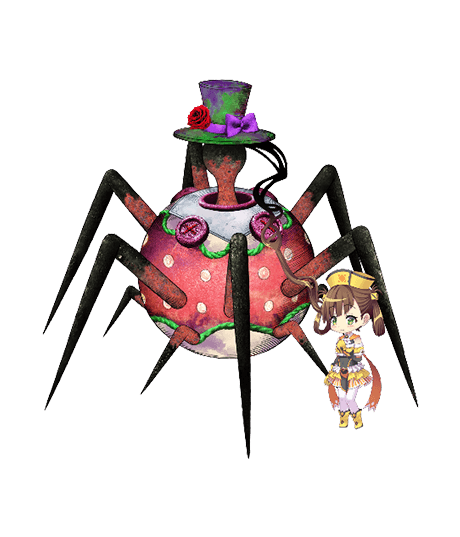 Damage Target
Doppel: Deals 1760% damage to the target.
Counter ALL
25% chance to apply Counter to all allies (3 turns). Counterstrike deals 80% damage on the next enemy attack.
Damage Cut ALL
Reduce all allies Damage taken by 52.5% (3 turns).
Draft & Supervision: Idea/Supervision: GAN
Doppel Detail (May Contain Spoiler)
The master of this emotion perceives her Doppel as something that expresses her pent-up emotions in her stead; however, she understands that this behaviour is merely a placeholder, so she has mixed feelings while looking upon it. This Doppel sprouts sharp thorns in a show of resistance to those who would harm it, and savagely attacks that which it perceives to be dangerous. On rare occasions, it may explode in conjunction with an upswing in its master’s emotions. Its shell– which boasts a powerful strength different from either ceramic or metal– thus breaks, and powerful waves of magic engulf its surroundings.

The View in My Memory 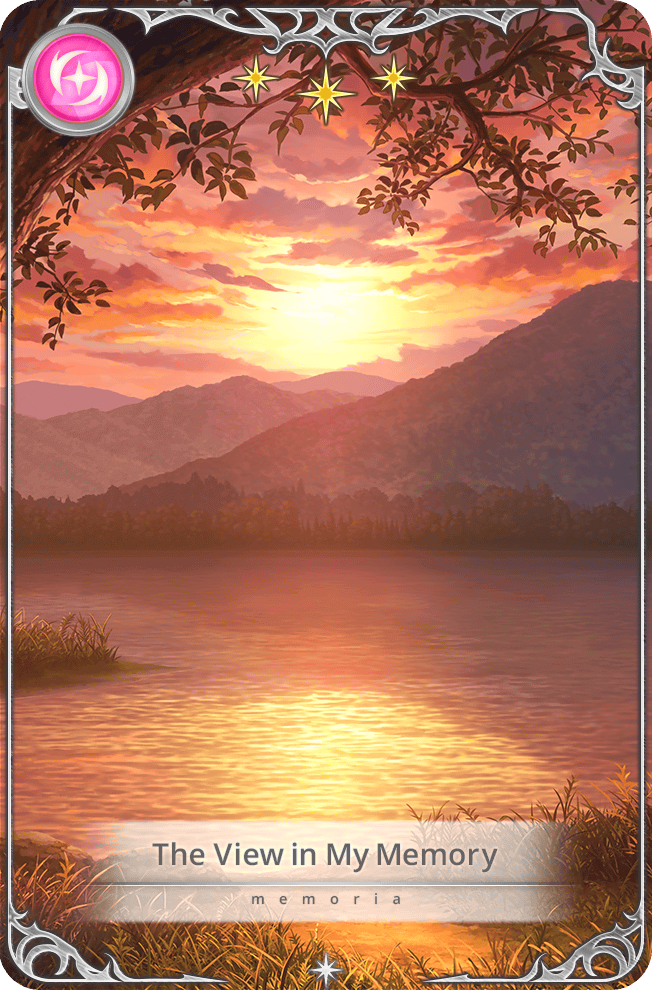 Kokoro has the highest defense stats to date (only Mayoi Hachikuji outshadows her by less than 1,000 defense) making her a tank that can take all the hits and keep coming back for more. She's a defensive unit who does great on the field when used as such. She also has a great deal of HP to go with all that defense, so when she does take a hit she'll barely feel it. Her connect can be useful in event challenges, but not so much for Mirrors.

Kokoro has one of the weakest disc sets outside of triple charge. She's a baka (BACCA), so she only has a single blast disc and two accele / charge discs. Due to her disc selection, it's best to use Kokoro to absorb damage rather than dole it out herself.

As stated above, Kokoro's defensive stats are second only to one other character. Thanks to her light element, she forms part of the "Demons of Light" trifecta alongside Tart and Ultimate Madoka, sponging up massive amounts of damage for her teammates so they live longer and they can do all the damage they can.

Kokoro's connect will grant damage cut at 70% when fully awakened as well as granting guaranteed counter. However, if you're using Kokoro as a tank, the majority of hits should be landing on Kokoro anyways so counter isn't going to be as good as you'd think and all that damage cut kind of goes to waste unless you're running a team with only two or three units. Her magia only hits one target and grants the same effects as her connect to the entire team.

"Power to Protect" will grant damage cut as well as increase defensive stats. Kokoro's defense will further increase the more damage she takes.

"Sunlight that Shines" will increase her defenses as well as granting her guardian, so she can leap out in front of others and take the damage for them.

"Assistant Instructor" is the perfect combination for a defense unit. It'll grant her taunt as well as counter attack, so Kokoro can take all the damage as well as deal back a bit of her own.

"Non-Stop Training" is an active that also temporarily grants taunt as well as increasing defense. 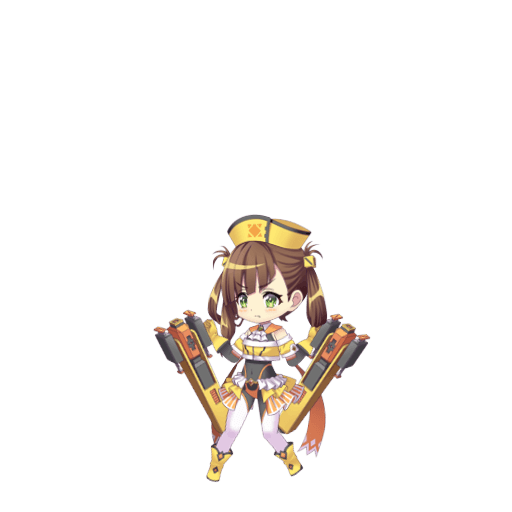 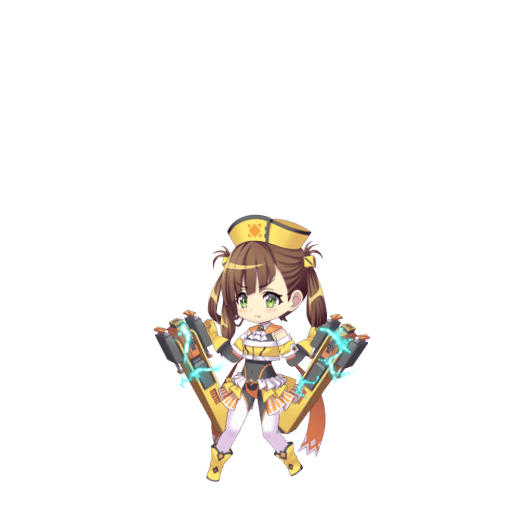 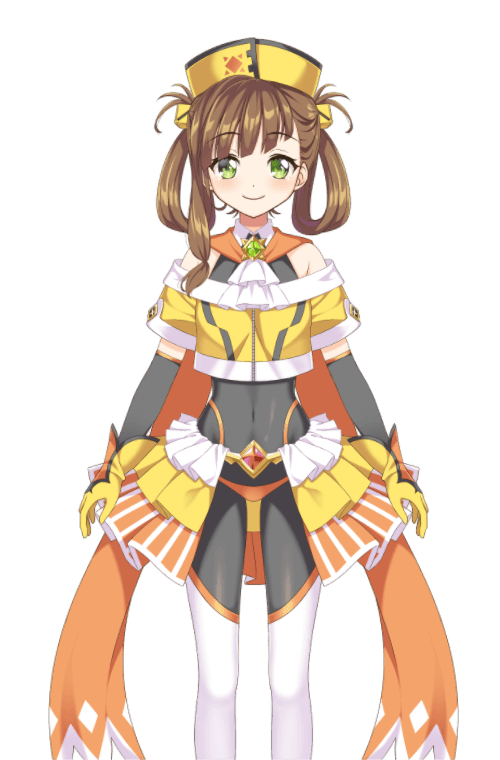 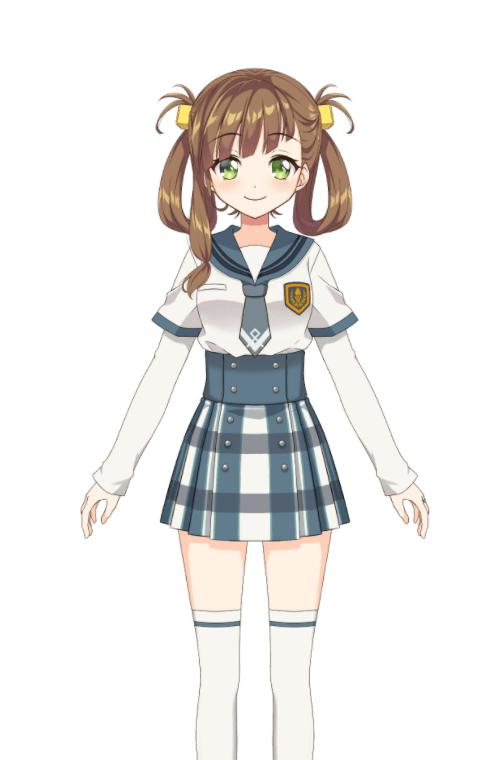 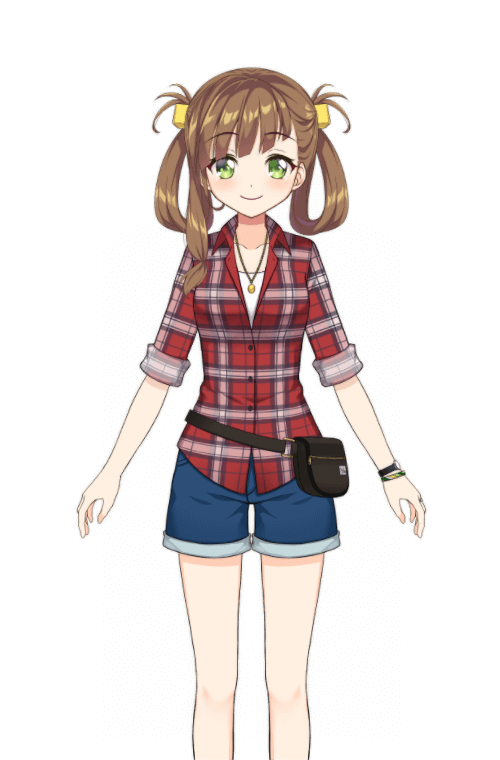 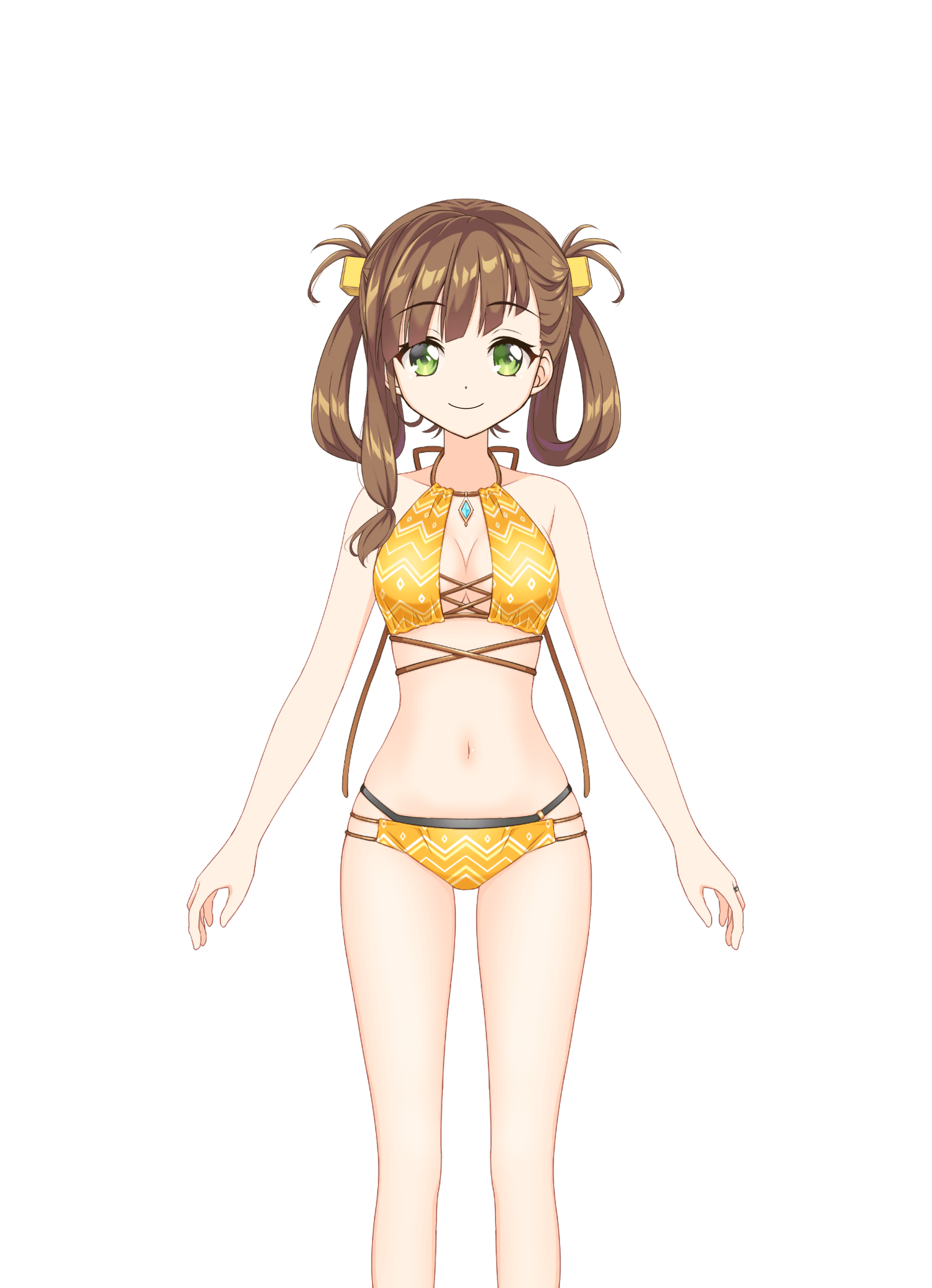 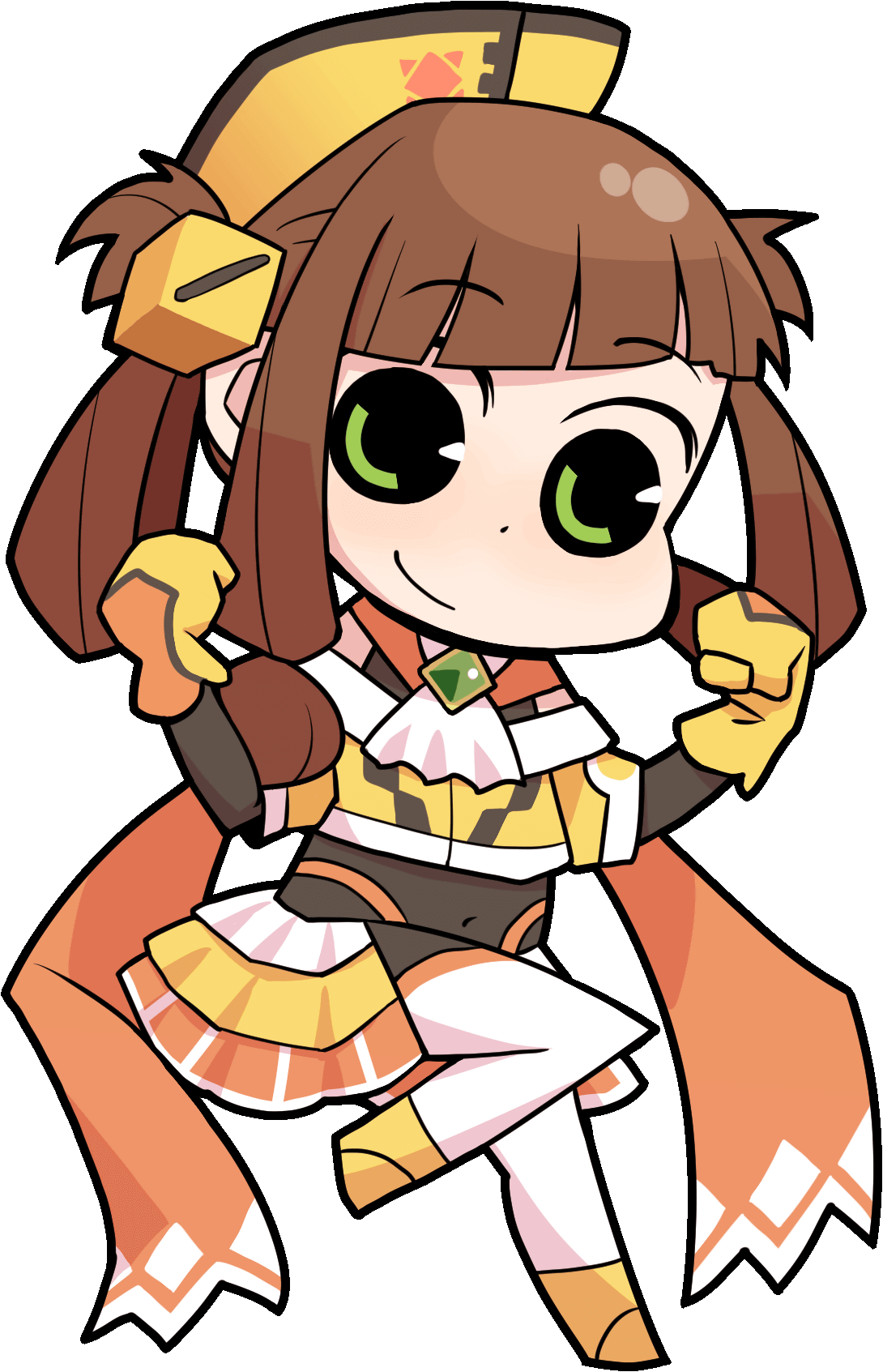 A magical girl who values her family and friends more than anything. Her mother left her family suddenly one day, and her and her dad had to pick up the slack, causing a strain on their relationship. She started to hike alone, reminding her of happier times when her family was whole and happy. After she made her wish for her mother to come back, her parents continued to argue with each other, making Kokoro realize that she didn’t really solve anything. She tried desperately to defuse any argument that came up, from cooking her father dinner, to helping her mother do chores, in order to make her family happy again. As she hiked, she pushed the pain out of her mind, forcing herself to continue on no matter what, just as she did with her emotions at home.

Shortly after becoming a magical girl, she meets Masara Kagami while fighting in a labyrinth. While observing Masara, she notices that she fights with no regard for her own safety. When she suggests to Masara that she needs to protect herself, Masara dismisses her, flatly saying that if she dies, she dies, and her strength comes from her indifference to death. Trying to convince her otherwise, Kokoro tells her of her wish, and how people who find her important will miss her. While Masara remains unconvinced, she tells Kokoro that she shouldn’t blame herself for her family’s shortcomings, as she paid a heavy price to make her family whole, and anything that happened after that point was not because of her. Masara explains that Kokoro should live for her own sake, not for the sake of others, and shouldn’t bear the burden of others’ problems. This gets through to Kokoro, who asks if she can keep being with Masara. As their friendship blooms, Kokoro hopes that someday, Masara realizes that someone finds her important, and to find a reason to continue living.

Read more of Kokoro's story on the Puella Magi Wiki.

Pamela is a name that was invented in the late 16th century by Sir Philip Sidney. The name is widely taken to mean "all sweetness", from the Greek words παν pan ("all") and μέλι meli ("honey"), but there is no evidence regarding what meaning, if any, Sidney intended for it. The name Pamela could be a reference to the novel "Pamela; or, Virtue Rewarded" which popularized the fashion of wearing a straw hat (of any style). This fashionable hat was called a Pamela hat. The doppel Pamela wears a top hat on its head.

The name could also be a reference to the song "Pamela" by Toto. The song describes wanting to be side by side with someone forever and asking for the singer's heart to not be broken again. Kokoro yearns to be by Masara's side always and has been previously hurt by her family's dynamics and the result of her wish. It also describes how opposites attract, much like the relationship between Masara and Kokoro.

Pamela's top hat could mean several things. A top hat can symbolize illusions or deception, and was representative of witches in folklore. Kokoro deceived herself into thinking her family would act like it once did if her mother came back. The green color indicates a need for healing, harmony, balance or reconciliation with others or herself which would describe Kokoro's current family dynamics. It can also indicate a need to be more giving, or emotionally "open" which can describe Kokoro's need to open up to others rather than bottling up her emotions.

The purple color on the hat and bow could represent nobility of purpose and endurance as well as a strong belief or attitude. The bow on the hat could indicate a cur on excess emotions. She bottles up her emotions and feelings rather than let them out. The red rose on her hat could mean either her passion for pleasing her partner, or the thorns on the rose could indicate a prickly situation that could hurt others. Kokoro's wish caused the unpleasant situation she finds herself in currently and she greatly wants to be friends with Masara. The doppel's description describes how it represents her pent-up emotions and sprouts sharp thorns to protect itself with.

The shape of the doppel is most reminiscent of a spider. Red spiders represent gentleness and strength combined, which perfectly describes Kokoro's personality. She can be strong and formidable when the need arises, especially if there's a threat to herself or her loved ones. Like spiders, Kokoro works hard to create a home that she and her family can be proud of and she has the patient to realize her dreams. On a Freudian level spider embodies woman. She is the creative force, weaving the designs of life and fate.

However, spiders can also mean that she has been ignoring her own dreams and ideas and she needs to regain the balance in her life that she once lost. Large spiders can mean powerful friends who lurk in the shadows and fend off misfortune, much like how Masara turns invisible and lurks during battle to ensure Kokoro's safety. Things can seem bigger than what they are, so Kokoro must look both inside and outside to find strength she needs to get through the bad times.

The design of the doppel has large pinkish colored buttons on it with green thread. Buttons in dreams suggest that Kokoro could be too refrained and should let loose. Dreams of sewing buttons suggest she is trying to repair the relationship tears in her life, usually due to arguments with her family or friends and the need to patch things up. Pink colors can mean sharing, kindness, and affection. It can be a symbol for the need for unconditional love, usually motherly love. This usually means that the dreamer did not bond with their mother or the mother did not give unconditional love at birth. Kokoro's mother divorced her father and left the family behind, which is the basis of Kokoro's wish.