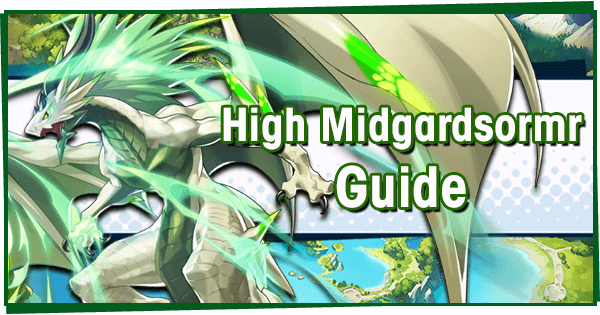 At launch, the most difficult content in Dragalia Lost was the battle against High Midgardsormr. A prohibitive amount of progression and resources are needed to even survive the boss, but several Japanese players achieved the first clear. From the battle-- which was captured on video-- it becomes evident how to conquer the challenge.

The only hard requirements are a healer and a melee baiter. The remaining two should be stun-immune DPS picks (bonus points for inflicting Burn). The High Midgardsormr fight has become considerably easier to enter over time. Below are recommended prereqs to help survive HMS's opening blast:

(Damage is slightly random, so it's possible to survive when under these HP values-- they represent the amount required for a 100% survival rate).

Although these adventurers aren't meta for the fight itself, they still hold value from a teambuilding perspective. Their Co-abilities/chains offer both offense and defense, so consider running them on the side.

Chimeratech weapons are perhaps the easiest and most effective stat stick to acquire. Wait for 2x Drop on Volcanic Chimera Strike: Expert then farm away.

Other viable options may be Void weapons (HMS Bane) or 0UB Agito weapons.

Swords and Wands have their own class-specific picks for Slot 1, while other DPS can run Resounding Rendition. Most everyone should be running Elegant Escort in Slot 2; odds are there will be at least one Burn-inflicting ally on the team. H!Lowen should run From Whence He Comes for a full 100% Skill Prep, thus easing entry HP requirements across the board. 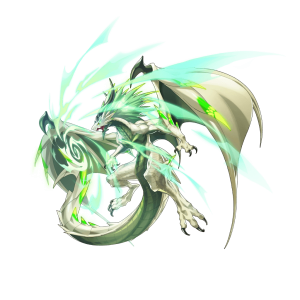 This is the initial all-encompassing burst of wind that acts as a survival check for the quest. Because it can’t be dodged, the only way to get through this is by having high HP and carrying the Glorious Tempest Wyrmprint. It also inflicts Stun, which is why Adventurers with Stun Resistance are ideal for the battle.

This attack is a barrage of three tornadoes covering a 90 degree wedge. Purple indicators mean this one needs to be dodged manually, but luckily it can be avoided my moving outside the “quadrant” of the screen his attack covers. There are also small spaces in between the tornadoes, which will suffice when getting completely outside the attack isn’t possible.

HMS will fire in the direction of the closest adventurer. Melee adventurers should bait this attack away from the party’s ranged adventurers by hugging the top half of the map.

HMS will target the closest adventurer and “spit” a ball of wind in a linear fashion. After a short distance or upon hitting a wall, the ball will detonate into a small tornado. These attacks can be iframed.

A baiter should hug HMS and face him away from the rest of the party, while other melee adventurers attack from maximum range. Baiters are ranked based on their weapon class, with Axe, Sword, and Dagger users performing best due to their range and forward momentum.

HMS will exclaim “I shall rend you asunder!” This version covers a full 360 degrees, shooting out eight tornadoes total. To create the largest zones of safety, HMS should be led into a corner prior to this attack. Upon windup, players should maneuver along the radius towards the side directly opposite to HMS to avoid getting pinched into a miniscule safe zone. 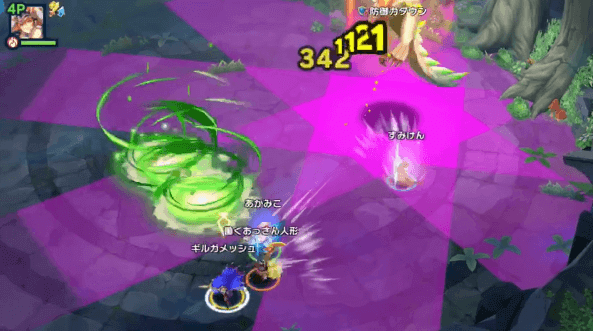 This is a homing attack in which Midgardsormr will choose target the closest and charge up a massive column of wind. The final attack’s damage (being a fixed amount) is divided amongst players hit, becoming survivable when the whole team takes it. Once the crosshairs and red indicator appear, gather around that spot and stay within the circle to split the damage and save the targeted teammate.

Healers should activate their primary heals just before Tattered Sky completes so as to heal the team to sufficient levels for HMS’s following attack. 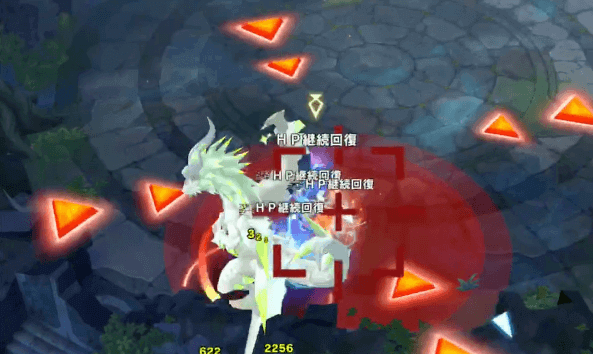 Purple circles will appear centered underneath each Adventurer and move with them-- the AoE “chases” the player. Once the indicator reaches the edge, this skill does damage that stacks where circles overlap. Players should respond by promptly scattering across the map to isolate each circle and avoid taking multiplied damage.

Most groups will leave Mikoto or another DPS character near the boss while healers and support move away. 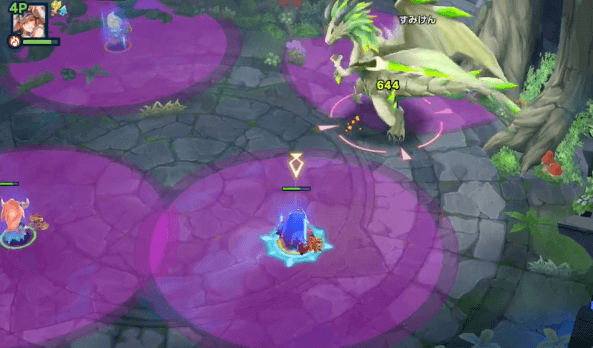 HMS will summon three golems at the center of the map, the larger of which will remain motionless as it begins winding up. After about 15 seconds, the large golem will execute a lethal team wipe attack that cannot be iframed, so focusing it down takes top priority. The two smaller golems attack with small, quick charging ground pounds that can be iframed.

HMS will exclaim “Tempest come forth!”, after which four tornadoes appear in a semi-circle on the top half of the map, then consecutively follow a straight path across the map. The first tornado to move will be denoted by a swirl of dust surrounding either the leftmost or rightmost tornado. Players should position themselves below this initial tornado then move along the top edge of the map until all tornadoes have completed their course.

Immediately after the semicircle of tornadoes is summoned, the closest player to HMS will be marked for Tattered Sky. This player, usually the healer, should move away from the team, transform, then iframe Tattered Sky with their Dragon Skill. 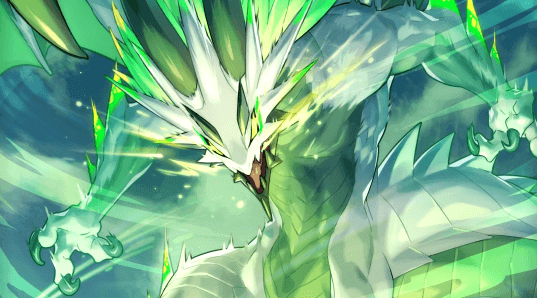 The Wind Fafnir Statue can also be purchased from the Treasure Trade and upgraded with Windwyrm's Greatspheres.