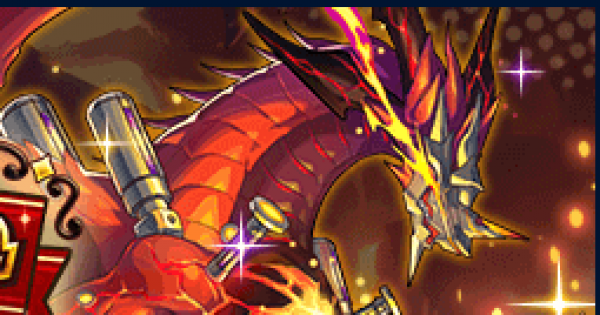 Should You Summon: Mars Bars Edition

It's time for another Dragon Banner! Let's see who our featured friends are this time, why it's...MARS? Wait a sec, I thought he was Leonidas' dragon? What the heck is going on here?

So, does this mean Dragon banners are canceled? And more importantly, does this mean that I have to get my party dress dry cleaned more often? Because that's kinda hard on a limited budget.

You remember how I made a big deal about how 2nd Generation Dragons were power creeping older dragons after a year? Well, Mars just blew all that out of the water. He is way, way better than any other Dragon ever released, to an almost absurd degree. He offers a frankly insane 90% Strength boost, with the sort of conditional that you need to be above 50% HP for 20% of that. Which is super easily to do, so that's not really an issue. If that were all, Mars would be amazing, but it isn't. He also gives 100% Skill prep when you shift out of Dragon Form, AND he can give a 20% Strength buff that you are able to use up to use up to twice in a transformation.

So Mars is completely bonkers. Not even Dreadking or Sakuya or even Apollo is going to be better on anyone in most cases. Arctos will sorta still have a niche since his Stun is valuable, and depending on the crunch might be more or less comparable to Mars in some niche cases, though I rather doubt it. So yes, Mars is totally worth summoning for.

But here's the rub: This banner represents a shift in Cygames strategy and banners. I think we are unlikely to ever see a Dragon banner again, at least not one worth summoning for. Mars clearly shows that Cygames is willing to really push the envelope with limited Dragons in ways they previously have not, and that they are willing to run limited banners more frequently.

Because of this, even if Mars is fantastic, you are going to need to be strategic in which banners you choose to summon on more than ever. Do you need Adventurers to help clear content? Then summon on Gala banners with the Adventurer focus you need. You need a dragon instead? Summon on Dragon Gala's instead. It's notable that right now all the Gala Adventurers are featured on this banner, so we'll see what the future holds.

Verdict: Yes. Mars is worth getting, but be aware the times are changing. You will need to be highly discriminatory in which banners, even limited and Gala banners, you choose to pull on.

Well, I guess Mars is going to join the ranks of our Gala Champions. Mym might be jealous now, but I think the two of them are going to be best of friends soon! Or at least she'll get Euden to share with her. Sheesh.

I've said it before enough times that I won't go into deep detail here, but most of the Gala Adventurers are varying degrees of great to good.

Great pick ups are Cleo, Alex, Luca, and Elisanne. They're all super strong and are the top picks in their element, with Alex and Cleo notably competing for the title of "most busted thing ever."

Good options are Euden, Mym, and Sarisse. They're slowly falling out of favor, but they're still strong and as none of them have yet been Spiraled, they have the potential to get even better.

Ranzel is the runt of the litter, and is frankly pretty bad. He could be improved by a Spiral, but when that will happen is anyone's guess.

Don't chase any of these, as they have the same rate as every other Adventurer in the gatcha and are just not worth trying to get. View them as a bonus, not a target.

Final Verdict: Yes, but be warned: the generosity is about to get diluted.

Mars is great, and frankly I'm personally happy to get double Gala banners. This does improve the chances of getting amazing dragons, but I strongly urge self discipline. If you think you want the upcoming Fire Emblem Adventurers, do not pull here, this is a trap. There will be more and more limited banners to try and keep your reserves on empty, and it would be foolish to chase everything. Be strategic, have a plan, and keep in mind that just because a banner is good doesn't mean you should be obligated to pull.