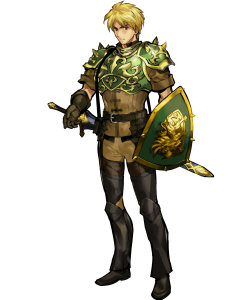 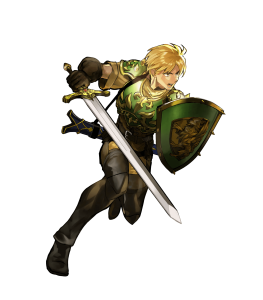 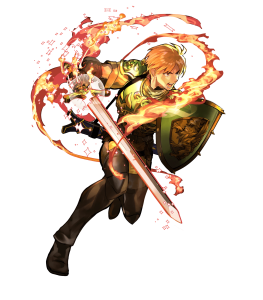 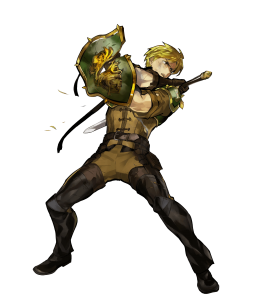 You must be tired of infantry sword units at this point. With the myriad that have been released in the free pool alone, it can be hard for one to impress. Astram however, may just prove that idea wrong.

Sporting an impressive 35 Attack and 36 Speed at base as well as an exceptional physical bulk of 80, Astram can certainly carry his weight in combat. While this is impressive on its own, what makes Astram standout is what his unique weapon, Mercurius, offers for both himself and his teammates. On top of the passive +3 boost to Attack, Mercurius grants a +4 visible boost to all stats for Astram as well as any sword, lance, axe, bow, dagger, or beast allies within 2 spaces at the start of turn if Astram’s HP is above 50%. This even works on Astram alone if there are no allies within 2 spaces.

Although Astram will find himself taking significant damage from magical attacks due to his low Resistance, the self-sufficiency and team support provided by Mercurius as well as Astram’s overall well-rounded statline more than make up for it.

In addition to providing a passive +3 boost to Astram’s Attack, Mercurius grants a +4 field buff to all stats for Astram as well as any sword, lance, axe, bow, dagger, or beast allies within 2 spaces at the start of turn given that Astram’s HP is above 50%.

Astram’s exceptional offensive stat-spread of 35 Attack and 36 Speed also make him highly proficient in taking out opponents in a single round of combat.

Astram’s standout physical bulk of 80 makes him a solid physical tank as well as an effective user of Defense-scaling Specials such as Bonfire.

Having only 21 Resistance at base, Astram will often take significant damage from magical attacks.

*seal is supposed to be Close Guard 3 and b-slot is supposed to be Atk/Spd Ruse 3, but they just don’t want to show up.
This is an Astram who mainly focuses on supporting, but can still hold his own in combat with his great atk, spd and respectable def. Steady Breath is for tanking better on enemy phase, whilst also charging Aether for self-healing. Mercurius is a great support sword, which greats +4 to all stats as a visible buff to himself and allies within 2 spaces who use swords lance, axe, bow, dagger or beasts. Now pair this with both the Joint Drive Atk + Close Guard and suddenly an already strong ally, can become even stronger. Atk/Spd Ruse will help out the team even more, which is just great.
Astram is a great support unit and I would definitely recommend him.

This set works around his rather awkward sword Mercurius. Bonus doubler is required since the bonuses from his sword is a visible buff not a drive buff so this A slot can make this rather effective. The problem with his sword is that it forces him to be above 50% of his HP at all times to receive those buffs which in this case Mystic boost comes into play, healing 6 HP after every combat, but you also run into the problem that these are visible buffs he's receiving from weapon, not drive buffs like most of every weapon, meaning he's at a risk of the panic status which at this point is so easy to get hit by nowadays. HP/Res 2 for his seal gives him nice extra stats, more bulk and better res.

Don't waste copies just to merge, wrath is valuable and 20k feathers is dirt cheap for a fantastic B slot skill, merge him only once if you do because he gets +2 to attack and +1 to speed, making his offense 37/37 for a unit with 35 defense.

Personal build focused on supporting speed orientated teammates with physical damage, Mercurius and Reposition may provide boosts to stats and improve mobility. With at least the 3 copies from the GHB merged, using Fury 3 or 4 can easily make Astram the target for Chill Def, Speed or Atk debuffs, while also making him reliable on any duels, besides against magic users. Noontime can be used to make him sustain himself with Fury penalty to keep him on Mercurious buff range. Chill Def should be Astram B Slot to make it easier for killing tanks, and Drive Atk for increasing allies damage output, allthougt Drive Speed 2 can be also a choice. Chill Speed 3 would be his Sacred Seal, improving allied units on doubling against enemies with high speed, allthough Tactics seals can be used depending on your team.

Harsh Command+ is Astram's best assist skill and synergizes very well with Mercurius, allowing Astram to ensure that the buffs he gives are well recieved and not Panicked.

As he will be close to his allies to give buffs, Blue Flame will almost always be giving him +25 damage and with Heavy Blade and his great speed, Blue Flame will be activated every combat that he doubles. If he's going to be next to an ally to get the benefit of Blue Flame then he would want a bond skill to just pile on more stats. Atk/Spd Bond 4 ensures that Astram himself can nullify Atk and Spd penalties on himself, give more Atk for more damage, and more speed for follow ups.

For B slot I have Wrath but I think Atk/Def or Atk/Spd Lull would be better. C slot is very tricky. Wave skills are redundant with Mercurius, as are any skills that give visible buffs. Instead, if he is trying to be self sufficient then I suggest something to debuff the enemy like Atk Smoke but more supportive options like Drives work too.

A budget build for Astram that works well. Sol and renewal make sure he stays in Mercurius and he hits so hard, he doesn't really need aether. Fury gives gives him a boost in stats, which is never a bad thing, but life and death could also work as well. The reasoning is because of Mercurius’s buffs, you are essentially only losing one point in def and res (-5+4). If Astram ever gets low on HP, wrath helps him to recover some more HP with the accelerated harder-hitting sol. Finally, the C-slot is flexible. I have threaten atk right now, but you could use anything, like odd speed wave on the new Rolf.