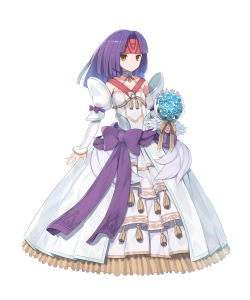 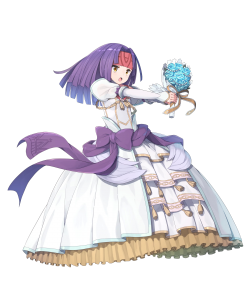 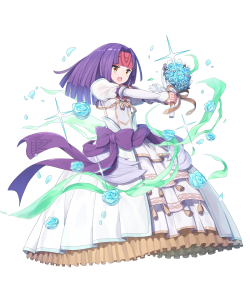 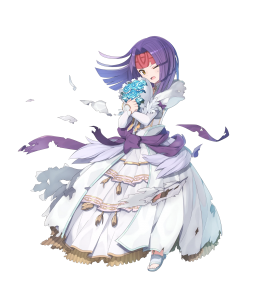 With This Amount of Atk, I Will Enemy Phase (Enemy Phase)

What the Fox Doin’? (Player Phase)

A Passive: Any Atk/Spd Boosting Skill / Heavy Blade (3 or 4)

Bridal Sanaki starts out with a solid base Atk of 36 that can be further bolstered thanks to the Nifl Frostflowers refine. With the refined weapon equipped, Bridal Sanaki is able to gain an unprecedented amount of Atk from several of its effects including:

Simply put, it stacks up really fast and can even lead to plenty of OHKOs provided that the foe does not have any form of Damage Reduction.

Similarly with the Nifl Frostflowers refine, Bridal Sanaki is able to gain an additional +10 Res from her weapon as long as the conditions are met. And assuming she has those conditions activated, she’ll start out with a base Res stat of 43. Additionally, with Res-boosting skills and/or a Res boon, Bridal Sanaki is able to reach very high amounts of Res, which can open her up to a magic-tanking niche.

Although Bridal Sanaki’s Res stat is nothing to scoff at, her Def is left to be desired. Starting out with a base Def of 16, Bridal Sanaki will more than likely fall in battle to any physical-hitting unit. On that note, because her Def is so low, as well as her HP, she doesn’t have to worry about bow effectiveness as they’ll have no issue taking her out even with Iote’s Shield equipped. As such, she can focus on bolstering her Atk and Res stats.

Is a Ranged Flier

The limitations that come with the Ranged Flier class simply act as a means of hindering the overall performance of Bridal Sanaki rather than excelling them. The lack of any notable B Passives alongside the weakness to Bows, even if she has low Def, simply don’t do much to help Bridal Sanaki. Mayhaps when we get more competitive options, she’ll be in a better position, but until then, it cannot be stated enough that her class is a detriment.