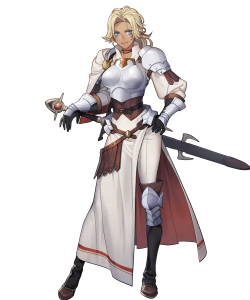 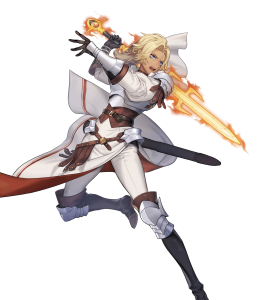 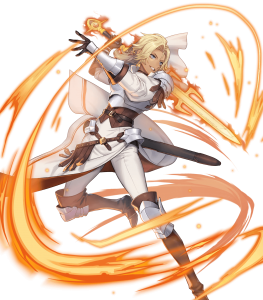 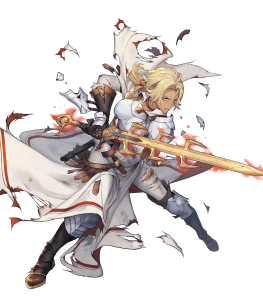 Passive B: Wings of Mercy / Lull Spd/Def / Hit and Run

Through the ability to bypass follow-up negation skills (essentially carrying half of the ever useful Null Follow-Up skill) and immediate access to Desperation regardless of her own HP, Catherine’s signature Thunderbrand characterizes her as an undeniably powerful and consistent offensive frontliner who can safely initiate combat with very little risk to her own longevity. The Hero’s Relic even comes with a built-in +5 boost to both her offensive stats on top of a base Speed +3, further solidifying her Player Phase dominance.

Catherine’s combination of sky-high Attack and Speed (not to mention access to four-point Assets in both!) already place her in a great position from a damage perspective -- and with Thunderbrand, this quality is greatly sharpened further. Offensively speaking, she leaves very little to be desired.

Catherine’s infantry status is immensely useful to her due to the plethora of different skills she can access as a result, including the Lull skill line (such as her default Lull Spd/Def), Flashing Blade, and Time’s Pulse (which helps in mitigating Thunderbrand’s lack of a Slaying effect for rapid Special activations).

Despite Catherine’s fantastic Player Phase potential, the unfortunate truth is that infantry sword units are currently a dime a dozen and comprise an extremely oversaturated pool. Given her scarce availability and the various other options available, it can be difficult to justify investing heavily into the Thunder Knight (or potentially even slotting her into a team) if one has already done so for another of her fellow swordsmen -- especially those whose playstyles may be more flexible or who may simply be stronger than her, such as Byleth and Mareeta.