Community Posts with Keyword Catria All 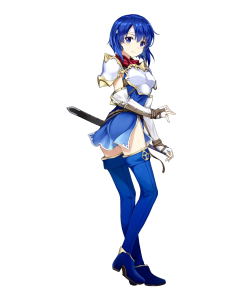 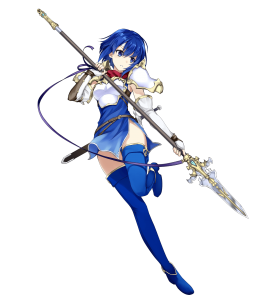 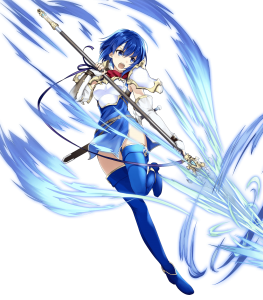 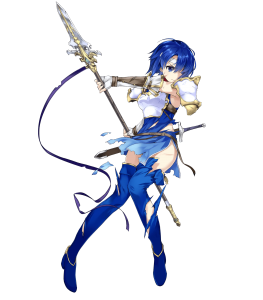 As one of the better flying duelists of gen 1, Catria has had her stats markedly powercrept by newer lance fliers. Still, her Attack, Speed, and Defense are all reasonably high enough to still make user of her, particularly with merges.

Catria’s new prf, the Whitewing Lance, is incredibly powerful on her when used on a flier team. This lance acts as a pseudo brave lance when she has at least 2 flying allies within 2 spaces, as well as giving her a stat boost of +3 to all stats. While the requirements for her lance effect can be difficult to meet, the payoff is well worth it, as Catria will be attacking twice with 54 unbuffed Attack (60 with Attack Wave active and even higher if her allies have Goad Fliers).  In addition, her lance functions as a Slaying Lance, with reduced Special cooldown.

All of this gives her enormous offensive power and the ability to quad easily with 44 base Speed before potential buffs. When quadding, she can utilize her Lance’s Slaying ability in order to activate multiple Specials per turn- that is, if anything survives her first initiation.

Blue Flame is a Special which works well with Catria’s prf requirements, since she already needs two fliers to be nearby, so if one is adjacent to her then she’ll do more damage. However, if you don’t want to apply additional restrictions on positioning, then Dragon Fang or Luna would also work as solid options. 3 turn cooldowns are preferred with this setup because of her Slaying Lance + Brave Lance combination, making her able to proc a 3 turn Special in her initial attack, if Heavy Blade activates off of her unbuffed Attack of 54.  Catria can activate either of the 3 turn cooldown Specials twice in one combat if she quads.

If you’d like to focus more on her initial attack and less on quadding, it’s possible to run Catria with Death Blow 4, which further helps her to activate Heavy Blade.

The raw power that her prf lance provides her in its Triangle Attack is immense, but the setup takes some sacrifice on the summoner’s part, making it necessary for Catria to be able to function independently as well. Given that she now has a 16 mt Slaying Lance, even when she’s without team support, she is more than capable of holding her own if the perfect setup cannot be obtained, with the ability to truly shine in ideal conditions.

Her B slot is more flexible, and she can run Flier Formation in it in order to her with positioning, which helps when trying to line up the team in order to give her powerful Blue Flame activations. However, Chill Def will net her the most damage done and will help her overall to secure KOs more efficiently if moving on her own.

Catria has always been an excellent generalist and her prf doesn’t change that, even if she’s not being played in a flier team. Unfortunately, all that her Whitewing Lance really changes for Catria in a mixed team is that it gives her 2 extra points of Attack- which of course, one can never go wrong with.

This is a generalist set for Catria and allows her to be a very flexible and versatile unit on your team, capable of dealing with most red threats and many physical blues due to the stat increases granted to her by Fury and Close Defense.

Without significant merges or investment, Luna is recommended over Bonfire for her offensive Special, as her Defense will generally not be high enough to make Bonfire worthwhile. With her Whitewing Lance, Catria will be able to activate any 3 turn Special in a single combat, provided she doubles, and Quick Riposte is helpful for Catria to double the units in Enemy Phase who she might not be able to double naturally with her 43 unbuffed Speed. This is particularly helpful because many sword units tend to have high Speed and Catria will certainly not be able to double units like Ayra or Owain without follow-up skills.

Guidance works well as her C slot due to its versatility with armored and infantry units, which allows Catria to support them with her own movement. She could also run Atk Tactic to further help with this, or even run double Tactic skills, with Def Tactic in her S slot.

As one of the best flying generalists from the first generation of Fire Emblem Heroes, Catria has since fallen out of the limelight in favor of units with higher stats or more versatility. However, with the Whitewing Lance refine option, Catria finds herself at home in a flier team, which allows her the option to become an offensive powerhouse with increased stats and a pseudo brave effect without the Speed detriment of Brave weapons.

Unfortunately, this doesn’t give her much when running her in a mixed team, as Catria’s immense buffs only apply when she is supported by fliers. If you want to run her without her sisters (or any other fliers) then she still doesn’t offer too much with her new prf that she didn’t offer before.

With an Attack of 31, Speed of 34, and Defense of 29, Catria has decent stats for dueling, and was considered one of the better generalists upon the launch of Fire Emblem Heroes.

While she’s slowly been outclassed by newer units, Catria’s stats are easy to enhance through merges thanks to her availability. A high merged Catria can easily compete with many of the newer units in the game.

There are quite a few blue fliers in the game, but Catria shines an offensive powerhouse who can easily take down most reds and blues in the game if she is properly supported by other fliers.

Her requirements are somewhat strict, but she can still help her fellow fliers with buffs while still fulfilling her positional requirements.

Without her prf’s effects in play, Catria’s stats simply don’t measure up to many of the more recent units, even in her own move type and color.

Sumia and Shigure are both faster than her and generally stronger, with Shigure also in the 4 star pool, while Clair is faster and with a prf that activates more often.

While it may seem simple to have 2 flying allies within 2 spaces of Catria, the positioning and team requirements can be somewhat difficult to pull off.  This seems to be intended for a kind of “special attack”, and should not be relied on for every fight.

Unfortunately, without this additional effect, Catria’s prf is only barely better than her old Slaying Lance. 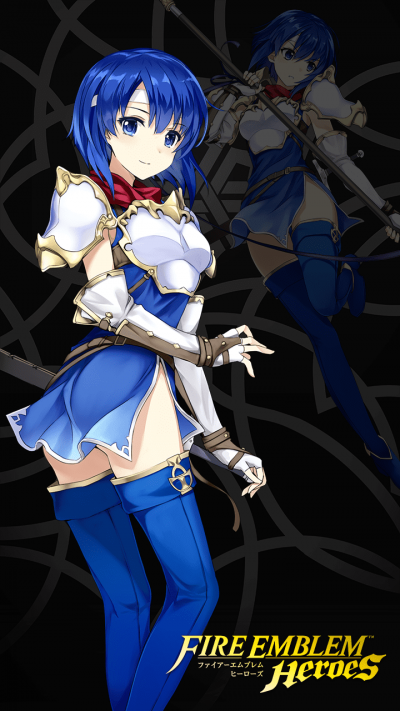