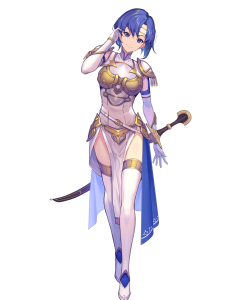 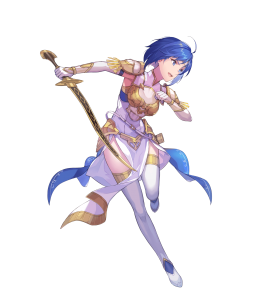 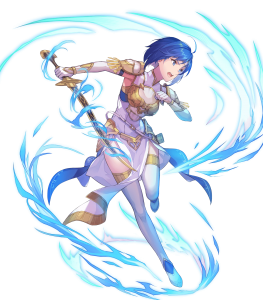 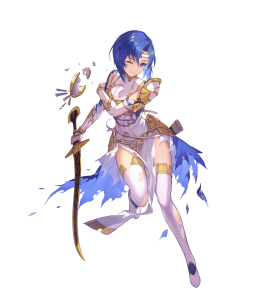 38/36 offenses hold up quite well even in today’s meta, allowing Catria to deal solid damage and consistently perform follow-ups with skill investment.

Catria’s Astra Blade grants +3 Atk and increases her damage by 50% of the gap between her Atk and the enemy’s Def. Given that a neutral IV, +0 Catria hits 57 Atk before any skills or support, it should come as no surprise that despite this weapon’s simplicity, it can ludicrously increase Catria’s damage output.

Catria’s 41/27/24 defensive statline leaves her prone to being OHKO’d, which can be particularly problematic for Vantage sets that require Catria to fall to ≤ 75% HP.

Just based on the fact that Astra Blade’s effects aren’t the length of your average Yu-Gi-Oh card description, you can probably tell that Catria isn’t a particularly recent unit. With various meta developments (such as Near Save and damage reduction effects) and units becoming bulkier on average, Catria’s gimmick of OHKOing with Astra Blade has become less reliable. Additionally, with no guaranteed follow-up attack, offensive Null Follow-Up effect, or Spd increase in Astra Blade, 2HKOing may be unreliable as well. Until Astra Blade receives a refine, Catria will likely remain relatively outdated, though she is certainly still viable.