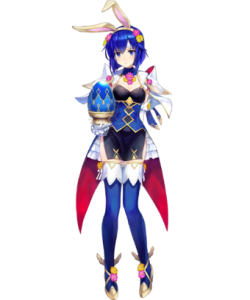 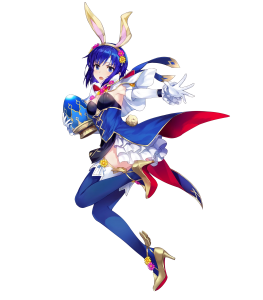 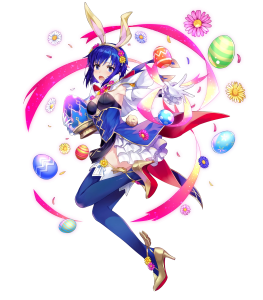 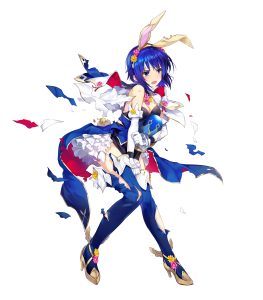 The Wing of “Purity” (General Offense)

32 Attack and 35 Speed are far from impressive values nowadays, but they still suffice for making Catria a potent offensive force with investment and/or support.

For over 3 years, Catria’s Huginn’s Egg stood as one of the worst personal weapons in the game, only granting +3 Resistance and inflicting -5 Atk/Def (yes, Defense) on the enemy with the lowest Resistance. In update 5.7, Catria received a much-needed refine that turned what may as well have been a springtime souvenir into a legitimately strong personal weapon.

With Huginn’s Egg’s refine functioning similarly to Winter Bernadetta’s Hrist, it does wonders for patching Catria’s low BST. Effectively gaining +10 Atk/Spd during combat boosts her offenses to 42/45 before IVs, other Skills, and support, making her very effective at damage-dealing. 30% damage reduction is capable of saving Catria from being OHKO’d by both physical and magical enemies, making it a great safety net.

Arguably Catria’s biggest strength is her Cavalry status. 3 Movement and 2 range gives her an effective 5 range, making it very difficult for enemies to initiate or avoid an initiation from Catria. Access to Skills such as Lull Spd/Res, S/R Far Trace, and Hone Cavalry boost her combat proficiency as well.

Despite 30% damage reduction from Huginn’s Egg, Catria’s 53 physical bulk and 58 magical bulk still endanger her of being OHKO’d. If she is not OHKO’d, she will very likely be 2HKO’d, meaning effects such as【Triangle Attack】and【Desperation】 may be necessary to ensure she proves useful beyond her first combat.

Receiving effective damage from Cavalry-effective weapons, being stymied by forests and slowed by trenches, and lacking access to Skills such as Null Follow-Up all mean that Catria’s consistency may leave much to be desired.

In my opinion S! Catria would work best with a Blade build. Since among cavalry teams she faces stiff competition from Reinhardt, it is hard to justify using her over either of them, but she does have some qualities that make her a candidate for a blue slot on a cavalry team.

The first of these qualities is her Speed. At 35 base speed, S! Catria certainly is a speedy unit, but with the Speed +3 seal, Swift Sparrow, and a Hone Cavalry buff, she can reach 48 Speed and 58 Attack. This means that barring Mia, S! Catria is able to double a plethora of unbuffed units, adding to her already devastating potential damage output granted to her by Blarblade’s effect. LoD is a budget version of Swift sparrow but is only used if necessary. Sacrificing -5 of both def and res is not worth the extra 1 attack and speed. With LoD, it would give her a magical bulk of 54 and a physical bulk of 45 which means she wouldn&#039;t be taking many hits without dying.

Ardent sacrifice acts as a support skill to heal others and also get into the desperation range only just by 2% meaning with a +Hp S! Catria this wouldn&#039;t work. The ardent sacrifice gets S! Catria into the desperation range meaning she can have a massive damage output without the risk of getting OTK&#039;ed by the enemy. Hone cavalry is there because she is best fitted onto a cavalry team with this build.

Anyone else run into this issue in Summoners Duel?
(topic deleted by author) 1 post - 1 participant Read full…
Merging Meganekko Mage Miriel
I like Miriel, I have only Titania and Tanith (who’ll be a long wait on copies) left…
Question about Summoner Duel
Are Rewards only obtainable within 14 days? and then lost or is it getting expanded. …
Which A skill for Walhart? (Poll)
So I intend to merge Walhart and Yen’fay. I have a better idea of what to do with the…
Seeker's Most Bittersweet Day? (feat. comments on my favourite FE music)
Hello to everyone, mainly those who knew me, but to all other readers, thanks for…
Read More