Community Posts with Keyword Dimitri All 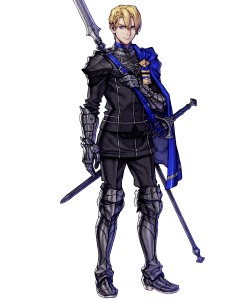 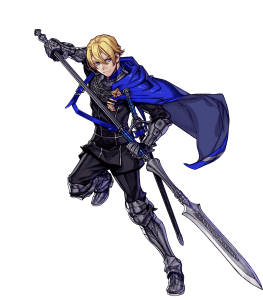 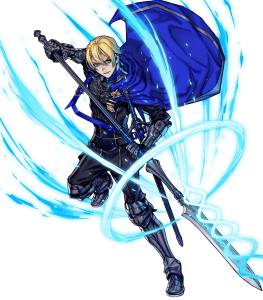 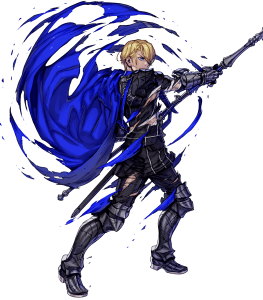 Thanks to Noble Lance’s formidable offensive capabilities and his access to cavalry strengths (most notable of which being his exceptional mobility), Dimitri can make fantastic use of a Galeforce set-up to distinguish himself as a frightening force in the Player Phase under the proper conditions. Since Noble Lance guarantees his follow-up attack upon meeting its prerequisite conditions, Dimitri has the flexibility of focusing solely on maximizing his damage output, making a +ATK IV the optimal choice; this also serves to let him make more consistent use of the Heavy Blade seal.

Passive B: Wings of Mercy / Hit and Run / Drag Back

Under the Ethereal Moon (Offensive Nuke)

This set takes a much more generalist approach to Dimitri’s combat prowess in the Player Phase compared to the first’s more specialized capabilities, placing a significantly heavier emphasis on heightening his overall damage output (as opposed to capitalizing on his extended mobility instead). That being said, an Attack Asset remains his ideal choice of IVs to strengthen the power behind his blows and let him activate the Heavy Blade seal more consistently.

Leader of the Blue Lions and the crown prince of the Holy Kingdom of Faerghus, Dimitri: The Protector enters the fray as a powerful offensive lance cavalier, most directly comparable to the likes of Legendary Ephraim. Statwise, Dimitri boasts high values in Attack, HP, and Defense; this makes him well adept at dealing significant amounts of damage and allows him to safely trade blows with opposing physical threats. His main distinguishing feature, however, is his unique personal weapon, Noble Lance. In addition to granting him a passive Attack +3 for increased damage output, this PRF enables Dimitri to perform a guaranteed follow-up attack, provided that both he and his opponent are at 100% HP or below it. Although this may initially seem to be a rather inconsistent activation requirement, in actuality, it can be quite simple to fulfill and Dimitri can potentially maintain it with virtually permanent uptime given the proper build. Combined with his access to class-exclusive buffs on top of his outstanding mobility, Dimitri can perform as an exceedingly powerful force in the Player Phase.

However, Dimitri does suffer from several weaknesses of his own. For instance, while his physical resilience is quite high, his magical durability leaves much to be desired; at an unimpressive base value of 58, Dimitri struggles when facing off against sustained offensive pressure from incoming magical damage dealers, with dragons potentially posing a significant threat as well when initiating against them. Although it is definitely beneficial in supplementing his offensive capabilities, Dimitri’s status as a cavalry unit is also quite limiting to his overall potential and causes him to have severely limited skill availability, preventing him from obtaining access to several powerful tools such as Impact skills; the introduction of Lull skills has made this not as much of an issue as it once was, though. Lastly, he suffers from a debilitating weakness to cavalry-effective weaponry and is unable to traverse certain terrain, which can be quite detrimental depending on the map in which he is deployed.

Overall, Dimitri is a solid unit whose strong personal weapon in Noble Lance, high Attack and physical durability, and access to class-exclusive buffs on top of extended mobility makes him a wonderful addition to any team looking for a capable offensive cavalier.

Dimitri’s unique personal weapon, Noble Lance, enables him to circumvent his low Speed and establish a formidable offensive presence through its effect of guaranteed follow-up attacks and appreciable boost to his already strong base Attack stat.

Dimitri’s excellent base Attack stat of 36 allows him to make phenomenal use of Noble Lance to deal significant amounts of damage with relative ease, a strength that is only bolstered further by his access to class-exclusive buffs and Noble Lance’s passive Attack +3.

His physical bulk stands tall at a neutral base value of 74; combined with his strong foundation for dealing damage, this lets Dimitri perform as a rather competent duelist when facing off against opposing physical threats.

Dimitri’s status as a cavalry unit is greatly beneficial to his performance in the Player Phase, granting him flexible mobility and access to class-exclusive buffs — both of which are key advantages that he can utilize to improve his offensive capabilities massively.

Dimitri shares the same fate as many other cavalry units; weaknesses such as poor skill availability, hampered mobility on certain maps, and a debilitating weakness to cavalry-effective weaponry all limit his overall potential as a unit quite significantly.

Dimitri’s low base Resistance stat of 18 makes him exceedingly weak to sustained offensive pressure from incoming magical threats, making it crucial that he be kept out of their reach is possible.

Not the preferred IVs for Dimitri, but the Dimitri that I have. His base kit is pretty solid, and gels well with his natural stat strengths.
Savage Blow 3 enables Noble Lance to activate with more consistency because Dimitri's speed is not quite good enough to be reliable for doubles otherwise. Reposition is my favorite to run with any cavalry, and Luna does wonders for his already above average damage output. Combined with Heavy Blade and the doubles from his Noble Lance, Dimitri is guaranteed to proc at least every other combat.