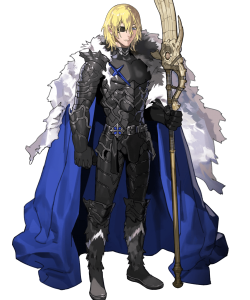 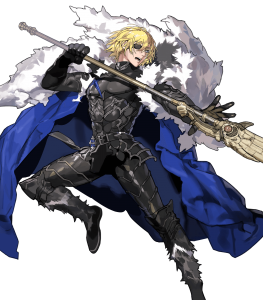 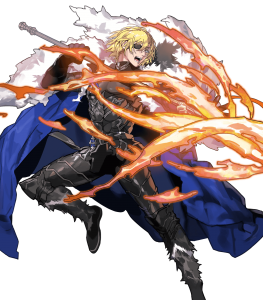 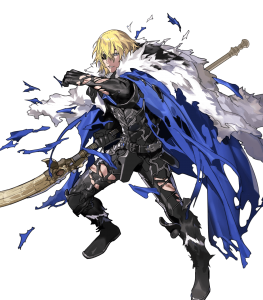 Every Last One Of Them

Dimitri's offensive statline rests at 41 Attack and 41 Speed, competing with the best of his unit and move type. With a sky-high Attack and impressive Speed, he's able to double foes often and avoid being doubled in turn.

Legendary Dimitri fits right into the new high Speed meta, with built-in Speed-based damage reduction in his weapon and an impressive Attack stat to back it up.

The Areadbhar is Dimitri's prf lance and suits him very well - as a Slaying weapon an all-stat +5, it carries a Speed-based damage reduction, making Dimitri hit hard with flexible skill slots, as well as being tanky and difficult to kill.

But that isn't all: Dimitri also comes with the Atrocity B slot, which increases his damage even further based off of his Attack value, while also inflicting an "omni-smoke" on all enemies in an AoE. This is an absurdly strong skill which combines with Areadbhar to grant Dimitri a +10 stat swing after the first combat in either phase.

Dimitri's base Resistance is markedly poor at 18. Because his damage reduction scales off of Speed rather than Defense like his Brave Version, he will have a hard time getting the full damage reduction against speedy mages like Lysithea, despite his high Speed stat, meaning that he will still take a lot of damage from fast mages on the field.

If he had given just a few of his Defense points into Resistance, he might have been more formidable. As it is, he has a clear weakness that players can use against him in PvP modes such as Arena or Aether Raids.