Community Posts with Keyword Eir All 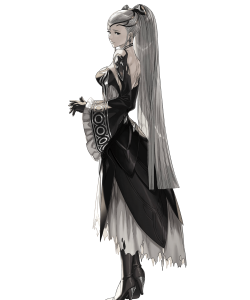 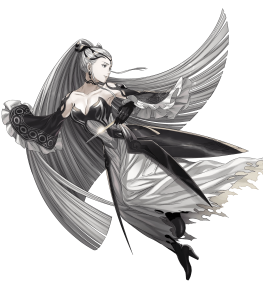 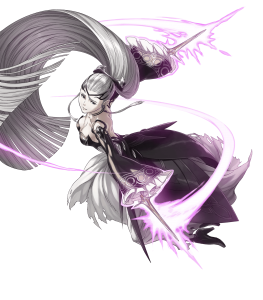 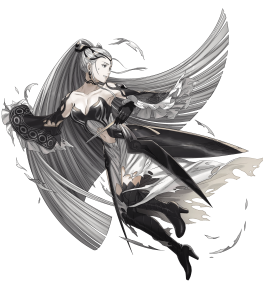 While she may certainly benefit from receiving IVs for further stat specialization, Eir can work perfectly fine with a Neutral IV set. This is worth taking into consideration as the free copy obtained through story progression will always be neutral.

Believe It or Not, I’m Walking on Eir (Aether Raids Offense / Wings of Mercy Enabler)

Ride of the Valkyries (Offensive Nuke)

By merit of being colorless, Eir has the benefit of possessing neutral match-ups across the board (with the rare exception of opponents with a Raven effect), which is useful for more aggressive approaches to her playstyle. Furthermore, as a dagger unit, Eir can also access to a wide variety of inheritable weapons that help serve different purposes (alongside her own exclusive Lyfjaberg), thus granting her flexibility as her role in a given team can easily be altered to best suit one’s needs.

Eir’s exclusive Sparkling Boost is one of the more unique forms of team support currently available, granting passive healing to the most damaged ally on her team at the start of each turn. Not only does it heal for a surprisingly high amount despite being constant, but it also affects allies regardless of how close they are to Eir herself and comes at no cost to her own turn. This healing distinguishes the princess of death as an excellent support to units who want to maintain high HP (ironically enough), most commonly tanks.

Being a flier comes with key strengths, including flexible mobility to assist allies and initiate combat from more favorable positions than otherwise possible. This also lets Eir potentially further support her allies with helpful mobility-based skills such as Guidance and Aerobatics; however, this will typically be limited to her B and Sacred Seal slots unless using Sparkling Boost is not preferred.

Eir’s offensive statline is actually pretty solid; with an Attack/Speed combination of 32/37, she can assert a reasonable frontline presence, especially when paired with the boosts she can obtain from Lyfjaberg or potentially another weapon. Furthermore, her solid base Resistance of 31 can be leveraged to utilize skills that scale off it (e.g. Temari, Sabotage skills, Ploys) for team support and/or to specialize as a dedicated magic check -- a role she can perform quite well with her base kit alone, and even better with further investment.

Eir’s status as a Mythical Hero inherently offers her immense value as a unit.

Eir’s low physical bulk of 49 renders her incapable of dealing with most, if not all, forms of physical damage. Although her exclusive Lyfjaberg can be used to potentially mitigate this weakness at base through its negation of her opponent’s follow-up, it still means nothing if Eir dies in a single hit. As a result, she will usually prefer to stay away from sources of physical damage altogether.

Her flying status already makes her extremely susceptible to any stray archer’s onslaught, and this is only further compounded by her poor physical bulk to the point that she is all but guaranteed to die from a single strike from an archer even if equipped with Iote’s Shield. Staying away from them will be crucial to safeguarding her longevity.

Base build. I don't play Aether Raids so I don't really have a use for her.

Summoned on whenever Book III came out
(Currently LV. 40 with no Dragon Flowers)

Carry build for AR but works well as tank for most PvE. If other unit is the offense carry then she runs her default kit with Chill Atk seal instead.

This character is so edgy, so let's make her even more edgier. Cleaner is a cool knife with sharp metal so it's cool and stuff. Shoving people is cool and edgy, especially when you're in school and kids push you into the lunch table when you're trying to eat applesauce. Dragons are edgy and scaly (no scalies pls). Teeth are sharp and like knifes and have lots of sharpness. Death is SUPER edgy, but yellow isn't so Death Blow 3 is here. Desperation is also SUPER edgy, I know that from experience. On a related note, subscribe to my youtube at youtube dot com slash pewdiepie. Also what's edgier than smoking? I'll tell you. The letter Q. Now we have both. This is so edgy and cool and you should use it to be cool like me.

This build relies heavily on the HP loss from Eir's personal weapon and Fury 4, as well as a well built support team with Wings of Mercy. Eir's first attack won't be countered thanks to her personal weapon (Unless the enemy has Null C-Disrupt) and the combined HP loss from her PW and Fury 4 will leave her under the 75% threshold for Vantage, Desperation, Wrath, and very close to the Wings of Mercy 50% Threshold. The ideal turn with this specific build would be one clean kill with Fury, Hone, and Goad buffs and one more kill on the enemy phase using Vantage and vengeance (or any other skills of your choosing). If you do end up getting this turn, Eir should be left with -20 HP without taking any enemy damage, putting her under Wings of Mercy threshold allowing her to get scooped up by her healers and dancers.

This build is only theory crafted as I have yet to pull a V!Greil for Fury 4 but if anyone wants to try it out it might be a fun experiment XD. The main point of the build is to get Eir under the 75% threshold in one attack so B skill, Special, Seal, and teammates are all interchangeable, but this specific build is one that I think is the most unique since I don't really see too many Vengeance set ups these days and since Eir will be losing her HP by 12 with each interaction I figured it might work.

Her base kit is amazing as it is. I swapped Sparkling Boost for Goad Fliers to boost my other flier in that team. You could also swap Iceberg for Glimmer for less cooldown. Also Distant Def to boost her resistance.

Updating an old unit
I recently decided to start updating some of my old +10s to give them some more modern…
Dark season Triangle attack Dragon options?
I’ve been messing around with defense options and want to try going all melee. So a…
As of right now
Who are all the heroes you plan on ascending long term ? B Hector +atk/+res …
Double boons were a mistake…
Brazen Atk/Spd4+Spd Smoke+Brazen Atk/Spd Seal+Hone Atk 4 buff+Duo Peony nonsense…
A Lance For Norne
I’ll be waiting to see the Nov seasonal grail and assuming it’s no one I like, I’ll…
Read More