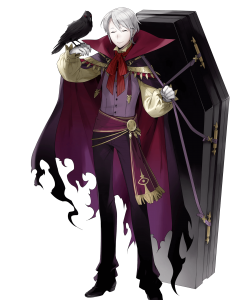 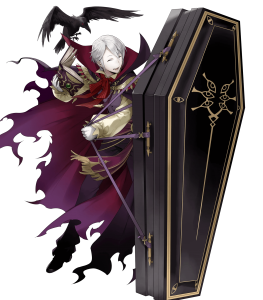 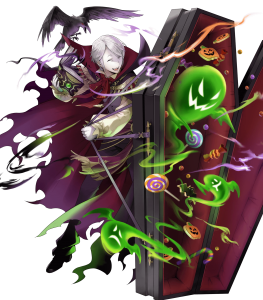 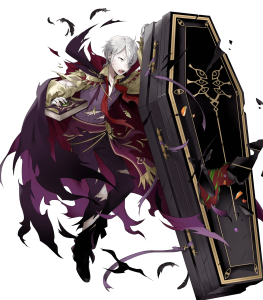 This set focus on Henry's main strengths: his good investment in speed and his adequate bulk.

Henry has very good resistance and decent enough defenses to run an Owl build very well. Coupled with Spur Seals and Armour Buffs, Henry can output ridiculous amounts of power while retaining good amount of bulk to take damage. Close Counter enables Henry to service as an all-rounded enemy phase unit, while the budget option Fury functions as a pure stat steroid against ranged units. Vengeful Fighter, though expensive, helps ensure he doubles the fastest of mages and speedy tome users will find it difficult to hit him twice over the owl boosts. Henry is also guaranteed to activate Iceberg in the second counterattack due to the additional charge from Vengeful Fighter. Quick Riposte and Glimmer are obvious substitutes for Vengeful Fighter and Iceberg if one does not have Vengeful Fighter fodder to spare.

The remaining portion of the builds are not integral to Henry's build. However, a special mention goes to Atk Ploy as Henry can leverage it very well with his high resistance stat. If Henry is not used in an armored team context, he can consider running armored boots to help his mobility.

This is a self-explanatory Raven set that focuses on countering archers and blue mages.  Henry does have great magical bulk and decent physical bulk which makes him an excellent candidate for such a build.

While Triangle Adept might seem to be the most intuitive build, with Firesweep bow are becoming increasing prevalent with Cancel Affinity, it might be worthwhile to go with the Distant Defence alternatives instead. With both the sacred seal and A slot, Henry can easily survive an engagement from both archers and blue mages while charging his special for a following turn OHKO.

This is another build that can work for Henry when he is the sole armor on a team. For such situations, Armored Boots can be considered to improve his mobility.

Henry can also run a typical Blade Tome set that specifically tries to burst attackers down in a single exchange. Armor buffs are as potent as their Cavalry and Flier counterparts, making a Blade Tome based strategy viable. Henry's Armor March and the newly introduced Bold Fighter also allow Henry to be slightly more proactive in his player phase, guaranteeing doubles on most units if he initiates. Death Blow makes the most sense for a player-phase oriented build since Bold Fighter ignores Henry's SPD.

In order to utilize Henry's relative balanced defensive stats though, Close Counter with either Vantage or Quick Riposte (and Vengeful Fighter) is a good choice to switch into an enemy phase play-style, or if you want him to be a hybrid unit that works on either phase (albeit with less effectiveness in general).

This build focuses on safely activating the effect of Spectral Tome.

Henry does have the speed to run a set that focuses around Windsweep. As Halloween Henry prefers not to take physical damage, running Windsweep allows Henry to safely engage on those enemies and activate the panic effect.  This is further augmented with speed refinements and Fury in the A slot.

The choice of seal is up to user preference. Atk Smoke has great synergy with Windsweep as Henry can activate it along with the Panic Effect. Phantom SPD is also not a bad option to increase the reliability of Windsweep.

Before the release of his Halloween version, Henry was a peculiar red mage that has extraordinary physical bulk in exchange of his offenses. The seasonal variant of Henry in the Halloween season could not be any more different; while he retains his proficiency in magic, he is now a green armored mage (first of its kind) that boasts good amount of attack, speed and resistance while somewhat sacrificing his physical bulk. Halloween Henry also marks a beginning of a new era with a re-balanced base stat total that is much higher than the usual affairs.

As an armored mage, he can leverage on exclusive armor buffs. He could either choose to utilize the Hone and Fortify buffs by using a Blade Tome set, or Wards and Goads with the Owl set. These choices increases Henry's overall versatility.

One of Henry's highlights is his very high resistance stat, allowing him to take magical hits very well. While his physical defenses aren't as impressive, it is still good enough that he could take some physical punishment.

His attack is reliable enough such that he could secure the kills to do his job. While his speed will be able to double on slower enemies. His decent speed also meant that he can dodge follow-up attacks with some support from his allies.

At the end of the day, he is still an armored unit, and he still has the traits; 1-movement and weak against armored weapons. With the increased prevalence of anti-armor weapons, it is something that Henry might need to look out for.

While kind of a nitpick, Halloween Henry sacrificed his HP stat to achieve his current stat distribution. This meant that he is rather prone to Panic Ploy and somewhat undermines his physical bulk.

Bold Fighter is one of the strongest skill for a player-phase focused armored unit. While Henry technically could run Bold Fighter, Henry's investment in speed is wasted as Bold Fighter ignores the speed checks for follow-ups unless the opponent runs a G Tomebreaker or Wary Fighter.

Halloween Henry is pretty fast for an armor unit, and that's certain. With a speed boon boosting him to a base of 30, he can become a nuclear threat of a player phase blade mage. On armor teams with high investment this build is able to wipe the floor with many of the common enemy phase threats, from the likes of Legendary Tiki to high budget Ayras, as it isn't uncommon to see fast or physically tanky red units running -res or -hp banes. On armor teams with support at +10, he's able to do these sorts of things, but it's not untrue that even low merges or mixed teams can find a place for Henry to do his thing. With buffs from wave/tactic skills he can fill the same niche. Additionally, specials like Moonbow and Glacies can work, but Iceberg was is good middle ground and what I tend to stick with. Darting stance provides the most player phase speed output for him, but something like speed +3 would work on mixed phase builds, or even darting stance alongside kestrel stance in a-slot would transform him into an enemy phase monster. Overall, despite his lack of availability, Halloween Henry is a flexible mold of a unit who can do some pretty deadly stuff when given the proper care.

Creates an armored Green Mage DEF/RES tank with respectable damage output and movement, especially when paired with Olivia YT and/or an ally with Draw Back or Charge. If paired with another armored unit, substitute Threaten Res 3 with native Passive C skill for a major boost to offensive and defensive capabilities. Halloween Henry will raze the field with ease, taking minor damage and threatened only by foe units with armor pierce abilities or #%-reduction RES/DEF, such as Moonbow.

Armor Emblem nuke with SMN support, as well as ally support. With full buffs, he can nuke basically anything in the game while still being able to take some hit. Really a terrifying unit to encounter in arena. Currently merged to +5.

Work in progress. B skill could become Quick Riposte, Wary Fighter, or even Vengeful Fighter if I pull some fodder for it.

bond rank s with the summoner. draws out red units and reinharts. close counter for memes and because i love him. AB for wider range and gronnowl+ for further fire power. bond rank s with l! robin leads to nuke iceberg. can withstand just about anything. 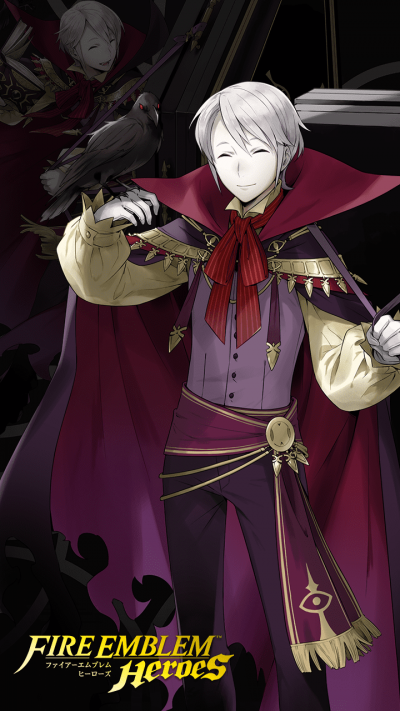