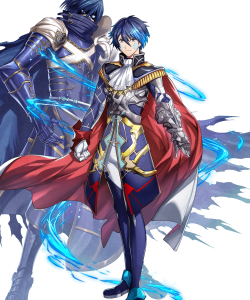 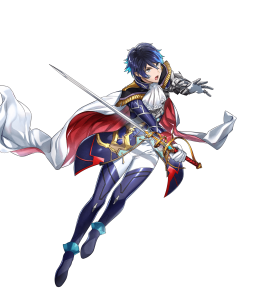 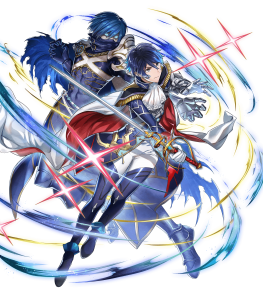 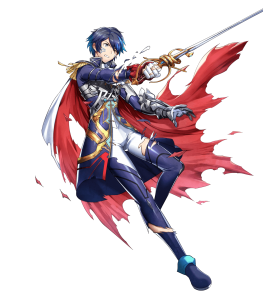 While somewhat unwieldy to utilize effectively in practice, the sheer amount of firepower that Itsuki’s Mirage Falchion can provide via its conditional Attack boost is certainly worth noting and shouldn’t be shrugged off. This pairs particularly well with a defensive playstyle; given the proper support, Itsuki can potentially OHKO opponents consistently enough to maintain maximum potency for the majority of his matchups. The additional Defense and dragon effectiveness this weapon grants can also prove quite useful.

Itsuki’s base Attack stat of 37 is incredibly high and inherently allows him to deal good amounts of damage; combined with the potential Attack boost he can obtain via Mirage Falchion’s unique effect, the young idol’s raw damage output can reach impressive levels, allowing for frequent OHKOs with proper use and an adequate amount of support.

With a physical and magical bulk of 74 and 73 respectively, Itsuki can stand tall against incoming offensive pressure rather nicely, further enhancing his strong defensive capabilities.

Itsuki benefits massively from his infantry status as it allows him access to numerous, powerful exclusive skills like Special Spiral and Lull Atk/Def for improved combat potential, possessing much greater skill flexibility than his mounted counterparts.

As yet another infantry sword wielder to join the cast, Itsuki faces immense competition from other units who can fulfill a similar role while requiring much less micromanagement, support, and/or investment to function properly.

Itsuki and the session skills aren't exactly the most used, and it's understandable, they are quite difficult to work around, instead of running more straight-forward mechanics, however, if used correctly, they can lead to some good value in many sittuations.

First of all, we must understand how session skills (and mirage falchion) work. The way the sessions count how many units have already acted is how many units are greyed out. This makes so the blade session and the offensive capacity of the mirage falchion becomes less exploitable, as dance skills and galeforce units won't work as a way to cheese out this effect. But it's in the enemy phase were this shine, as they work in reverse to the blade session, they work better when there are less greyed out units, and that makes so you can force units to skip their turn or do bad turns in order to reduce your defense, but also, the units that die, won't be counted as greyed out, and as such, will make it easier to buff the unit to the maximum this units can do. Also, it should be noted that they have a minimum, so, in every case, you'll have at least a +3 to atk/def, which isn't great, but it's at least decent, specially in the case of the mirage falchion, where you aren't losing the A skill, which is way too important in ubit building.

Knowing this, we also are aware that our objective with Itsuki is to avoid that the units that engage with him get greyed, so, he will have to defeat the enemy when countering. For such feat, we'll run distant counter to avoid the possibility of units that attack from ending the turn with receiving damage. Then, for the B slot we'll run lull atk/def 3 (ignore the lull atk/def 2 up there, unit builder hates old units or new skills), this will not only allow Itsuki to tank hits from the enemies, but also hit harder thanks to their debuffed def (this is specially helpful since a way units can try to surpass his session effect is by rallying the unit they are going to attack with, so, with this skill, you negate the atk/def buffs).

Threat Atk/Def 3 (or atk/def menace if you have it) works great for him, not only makes the closest unit in a range of 2 (or 4 in case of menace) have their atk/def debuffed by 5, but those same stats get buffed to our unit by 5 also. And well, for the seal, Mirror stance grants +4 atk and res when attacked, which is always nice, and patches itsuki's res, which isn't bad, but is his lowest defensive stat.

For the Special, we'll run sol, because it's a 3 charge special, and in this unit, that isn't running breath effects, and that doesn't run the heavy blade/flashing blade skill, aether wouldn't work all that great, since probably Itsuki would be defeated before being able to heal (if running wrath, this might be viable, but I find the lull skill more important than the special). And the reason for smite is he works great with galeforce units (who love smite for deceptive range) and dancers, because, even if it's true that his session skill isn't able to be cheesed by this units, they are great to defeat a lot of enemies, allowing for him to take advantage of his session effect in the enemy phase.

This might be the stupidest Itsuki build I have ever made, but I believe it can work. He effectively gains up to 60 Defense and 56 Resistance in the correct conditions--unmerged. Although it says Resistance, either Defense or Resistance boons can work, with an HP bane that can be safely decreased. It does hurt a bit that he has to trade Distant Counter for Fortress Defense/Resistance, but I believe it's worth it to morph him into an absolute Enemy Phase terror.

B skill can also be replaced by Windsweep 3. Fairly good at managing initiating the attack, from my experience. Recommended to pair with support units and buffs during battle, like Brave Veronica (As that’s what I tend to use). Best in a team with a focus on repositioning. Be aware; it is best not to allow him to get swarmed.

This build is created solely for producing massively damaging bonfires, tanking melee hits, and preventing any sort of Atk or Def control from all foes by canceling out his own debuffs, and the foe's buffs. Can also competently take on non-nuke mages due to having a naturally high res stat for an infantry sword. (Due to odd limitations with the create-a-build on gamepress, replace Lull Atk/Def 2 with Lull 3).

Itsuki is an infantry sword Hero who comes with an incredibly balanced statline. He has very good Attack, notably high defensive stats, and a less-than-impressive Speed stat. His personal sword, the Mirage Falchion, grants him effective damage against dragons, a 3-point boost to his Defense, and the sophisticated effect found on the other Mirage weapons. Itsuki can take advantage of these factors to become a very powerful anti-dragon combatant, as well as a sturdy generalist.

Weapon: Mirage Falchion
The Mirage Falchion, Itsuki's personal sword, is a special version of the regular Falchion that retains its dragon effectiveness while also granting a special boost to Itsuki's stats based on the number of allies or enemies (depending on the phase) that have already acted, granting a maximum boost of 7 points. This bonus can be rather niche, and requires at least 2 allies to have taken their turn to maximize the effect's potency on the Player Phase. However, it gives him the same boost on the enemy phase, further strengthening him against attacks.

Assist: Reposition / Smite
Movement assist skills allow Itsuki to pull his allies in or out of the attacking range of foes. Smite can be particularly useful in Aether Raids.

Special: Ruptured Sky
Ruptured Sky is perfect for dragon slayers like Itsuki. Upon its activation, Itsuki boosts his damage by 20% of his foe's Attack, but doubles to 40% if he triggers it in combat against a dragon or beast foe. With Ruptured Sky, Itsuki can raise his damage output against particularly threatening foes, reaching incredibly high numbers against dragon threats like Winter Sothis and Male Grima, whose Attack stats (especially at high merges) can exceed 60.

A: Distant Counter
Distant Counter allows Itsuki to utilize his great mixed bulk to counter ranged enemies. This skill works particularly well when combined with Null C-Disrupt in the B slot to counter Heroes like Brave Veronica and Brave Camilla.

B: Null C-Disrupt / Special Spiral / Vantage / Wrath
Null C-Disrupt is one of Itsuki's best B slot skills, allowing him to duel Dazzling Staff healers and Windsweep users. Seeing as he has great bulk, Itsuki is only held back by not being able to naturally counterattack. Special Spiral allows Itsuki to instantly recharge Ruptured Sky, which can allow Itsuki to either finish off a defensively bulky foe or defeat another one. Vantage works best when dueling dragons, as Mirage Falchion's dragon effectiveness can help finish off foes before they can deal damage to him. Wrath brings down Ruptured Sky to a single charge, as well as boosting Itsuki's damage by 10.

Sacred Seal: Mirror or Swift Stance / Steady Posture / Quick Riposte
Itsuki naturally excels in the Enemy Phase, meaning skills that raise his stats during that phase are the most effective Sacred Seal choices. Resistance-raising Sacred Seals like Mirror and Swift Stance help even out Itsuki's defenses. Given the fact that his Speed is middling, Quick Riposte is a good alternative, granting him a follow-up attack.