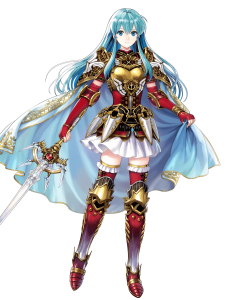 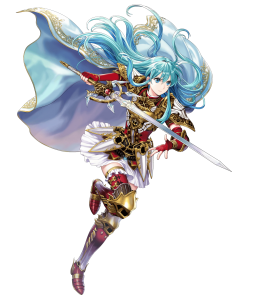 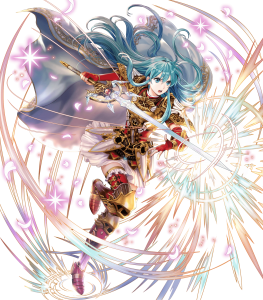 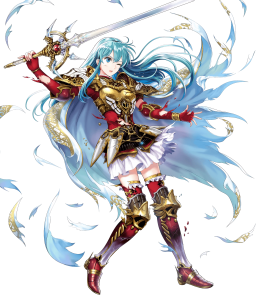 Legendary Ephraim But Sword (General Use)

The Most Ebic Sword (General Use)

Storm Sieglinde went from a mediocre proximity-based weapon to a rather stacked weapon that provides an assortment of effects. Essentially, under the right conditions, Storm Sieglinde provides Spectrum 8,  damage reduction, and accelerated cooldown per attack during combat. The Spectrum 8 allows Legendary Eirika to catch up to modern units and fixes up her low Atk stat. Moreover, the additional +8 to her Spd pairs really well with her innate damage reduction. And if that wasn’t enough already, she also has the Special Fighter-Esque effect that can allow her to trigger a four-cooldown Special on every second hit during combat, provided that the foe can counter and there aren’t any Guard effects present. This, combined with Lunar Brace II, allows Legendary Eirika to perform much better than ever before.

Lunar Brace II is a stacked B Passive that allows Legendary Eirika to perform much more competitively than ever before. Essentially, Lunar Brace II comes with innate Null Follow-Up, true damage based on 15% of the foes’ Def stat, and Canto II. The innate Null Follow-Up allows Eirika to secure her own doubles, and given that she is fast, she won’t have any issues doubling in most cases. Meanwhile, the true damage she gains can help with her damage output as 31 base Atk isn’t exactly the highest. That being said, it is bolstered from Storm Sieglinde providing an additional +8 Atk. And of course, she has her Canto II, which allows her to act as a relatively good Hit and Run unit, especially with Galeforce. However, it can be stopped by Guard effects, unlike Solar Brace II’s nullification to Guard. Even so, it has everything it needs to allow Legendary Eirika to perform extraordinarily well.

Due to her status as a Legendary Hero, Eirika will not be able to receive blessing buffs consistently, so she can’t be relied upon as much during each relative season unless it happens to be Water that week.