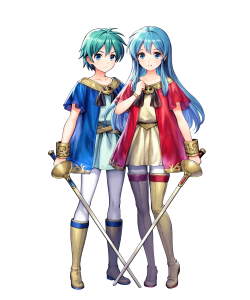 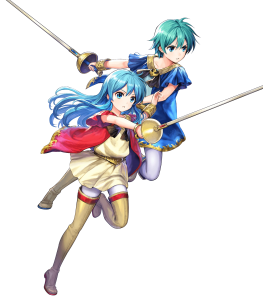 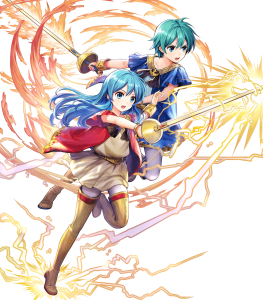 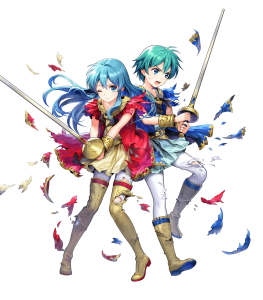 Young Eirika’s personal weapon, Blade of Renais, is a Slaying weapon so loaded with effects that you have to wonder why Eirika ever decided to bother with using Sieglinde.

Firstly, it grants an all-around stat bonus if Eirika initiates combat or is within two spaces of an ally. A good bonus with an easy requirement for Aether Raids where support units should never be far behind.

Secondly, if Eirika has any bonus or penalty, she’ll deal damage equivalent to 20% of foe’s Defense. This extra damage is true damage and given that it’s common for high Defense foe’s to be present in AR defense teams, this is a nice damage bonus for her. In addition to this, if Eirika simply hits her opponent while a bonus or penalty is active, she’ll heal for 20% of Foe’s Defense. This allows her to forego the need to use a Special that heals, thus helping her damage output even more.

Young Eirika possesses a statline that puts her older self to complete shame. She has an outstanding offensive statline of 36 Attack and a blistering 43 Speed. On top of this, her defensive statline does not suffer for this offensive prowess, coming with 40 HP, 30 Defense, and 28 Resistance. All this is further supplemented by Blade of Renais thanks to its first effect.

Grants【Dodge】to unit and allies within 3 rows and 3 columns centered on unit.

Once used, Duo Skill cannot be activated again right away. At start of odd-numbered turns, if Duo Skill has already been used, unit can use Duo Skill again.