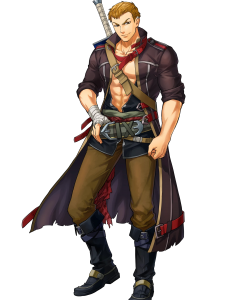 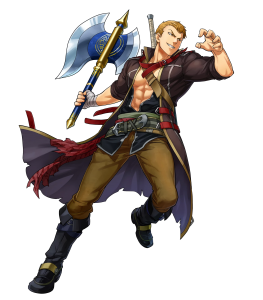 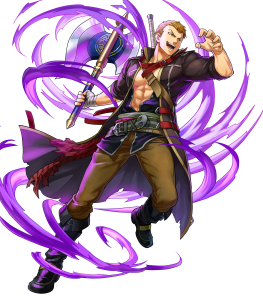 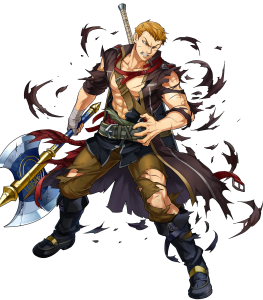 Sky Should Be High (Offense)

Linus’s Fanged Basilikos is quite potent, giving Linus a flat +5 boost to his Attack and Speed as long as his HP is above 25%(Read: Free stats), in addition to inflicting a Speed and Defense penalty against foes with 75% or higher HP that scales based on their buffs, giving Linus a decent niche in gamemodes where buffs are commonplace such as Arena.

As an Infantry unit, Linus has access to a wide array of skills that other class types lack access to, such as Spurn and Null Follow-Up.

Linus’s Fanged Basilikos only activates it’s full effects against foes with Speed and Defense buffs: Otherwise it’s a Slaying Axe with some extra stats on top. With Visible buffs seeing less usage in Aether Raids and most non Arena modes, this can leave Linus feeling a bit underwhelming until he runs into a buffed enemy.

Linus’s base 19 Resistance makes him struggle to take many hits from hard hitting magic users, even with the aid of damage reduction such as Spurn.