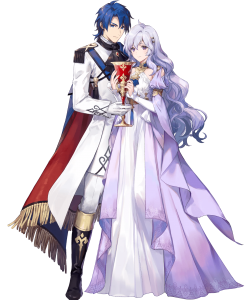 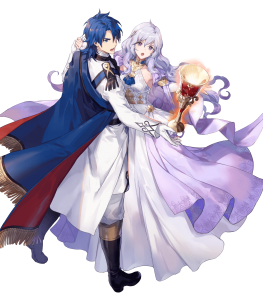 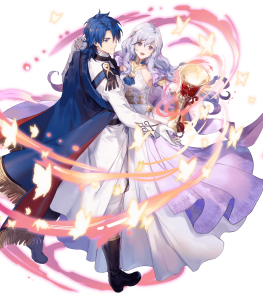 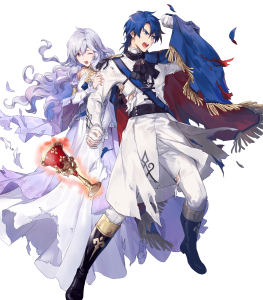 Masquerade Sigurd’s status as a Duo unit is an inherent advantage, giving him access to a unique Duo Skill that functions as Reposition without the need to run it as an Assist allows him to freely run Dance alongside Reposition, albeit with a 2 turn cooldown on his Reposition. He also gains a Duel effect that increases his Base Stat total to 185 for the purposes of Arena score calculation, meaning he can also be freely utilized in the Arena without worry, a rarity among ranged cavaliers due to their low base stat totals and generally lacking duel skills without Duo or Harmonic hero status.

Sigurd’s Attack is also great for a Dancer at 38 base, and even further improved upon by a superasset and his exclusive weapon’s +3 Attack bonus. Masquerade Sigurd’s Resistance is also fantastic at base 37, and when combined with his weapon’s 50% damage reduction against mages, magic users will struggle to even scratch him.

Sigurd’s Defense and Speed are pitiful at base 16 and 18 Respectively, and while some Defense investment can save him from some physical blows his Speed is nearly irredeemable. As a result, Sigurd will almost always be facing follow-up Attacks and has no hope of performing them himself without Quick Riposte, and hard hitting physical foes will have very little trouble KO’ing Sigurd in a single round of combat.

Moves allies adjacent to unit to opposite side of unit. If an ally cannot move to the target space (if another ally or foe is occupying the space) ally will not move.  Once used, Duo Skill cannot be activated again. At start of odd-numbered turns, if Duo Skill has already been used, unit can use Duo Skill again.