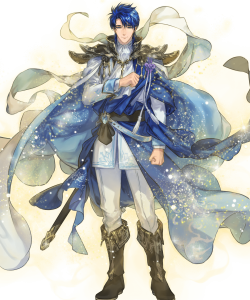 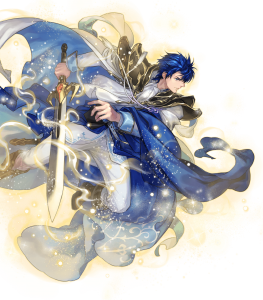 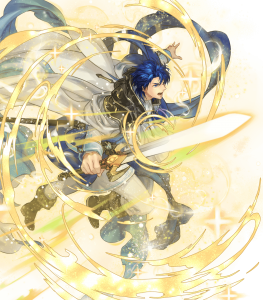 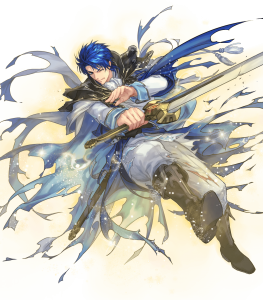 Do you like AR Offense? I hope not. (AR Defense)

When you hear one fire joke too many. (Offense)

Hallowed Tyrfing and Holy-Knight Aura are both amazing skills. Hallowed Tyrfing gives Sigurd guaranteed follow-up attacks on both phases and a +5 boost to all of his stats as long as his foe’s HP is 75% or higher in addition to the slaying effect on top of damage reduction against ranged foes or when attacking(As if the weapon wasn't stacked enough). Holy-Knight Aura is just as powerful, as it turns him into a 4 mov cavalier just by having it equipped in addition to scaling off Sigurd’s high Attack AND giving a movement bonus to all allies and an Attack buff to Sigurd himself when it triggers.

Sigurd’s base 41 Attack means he hits incredibly hard, and his high Defense means that he can take physical hits easily as well. The observant might notice that Legendary Sigurd’s statline is a copy-paste from Legendary Seliph’s aside from his higher Speed. Like father like son, it seems.

Although inheritable cavalry effective weapons are a rare sight, Sigurd has to be careful of exclusive weapons with inbuilt cavalry effectiveness, such as Duo Ephraim and Micaiah, as their users can KO Sigurd without much trouble, or at least take off a large chunk of his HP.