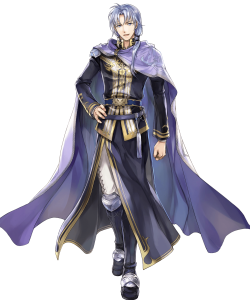 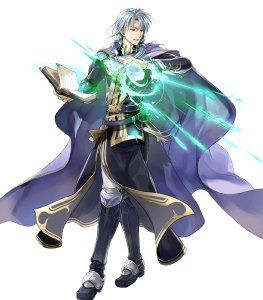 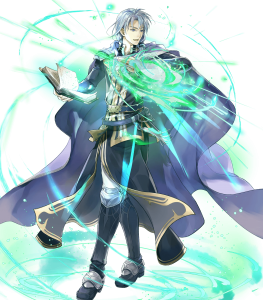 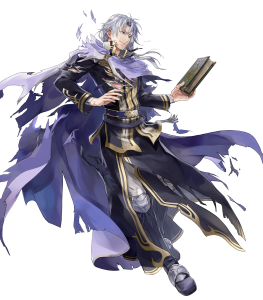 I've never met a girl whose heart was so clear... (General Offense)

Living up to his dominant FE7 performance and making Louise proud, Pent’s 38 Attack and 39 Speed are among the highest in the game, allowing him to dish out great damage and frequently perform follow-up attacks. He can also soak debuffs from skills such as Chill Atk and Chill Spd and the Bright Shrine structure in Aether Raids.

40 HP and 30 Resistance sum to a decent 69 magical bulk, usually permitting Pent to survive at least one magical attack.

The true Mage General of Etruria has rightfully been blessed with one of the most unique personal weapons in the game.

Tome of Reglay provides a mix of fantastic support and boosted offenses to make Pent an invaluable unit, particularly on Aether Raids Defense. His “Area-of-Effect Time’s Pulse” of sorts allows him to charge the Specials of mages within 2 phases even if they are not Infantry, unlike units that grant Special cooldown to their allies through Infantry Pulse. Non-Infantry mages that particularly benefit from this include Summer Byleth (F), Spring Severa, Legendary Lilina, and Reinhardt, as they all have -1 Special cooldown or a Brave effect in their weapons to activate their Specials before the enemy can counterattack (unless a Guard effect is active).

Pent’s performance benefits greatly from having access to powerful skills such as Flashing Blade, Null Follow-Up, his native Lull Atk/Res, and his native Time’s Pulse. Pent becomes a more reliable unit with these skills, as his combat performance and consistency are greatly increased by them.

As of the time of writing, Pent is the only unit in the game to have an Area-of-Effect Time’s Pulse through his aforementioned personal weapon. While this is Tome of Reglay’s main perk, its 14 Might, +3 Attack, and conditional +6 Atk/Spd effectively raises Pent’s offenses to 61/45 before IVs, skills, and support, more than enough to play a hybrid role of support and offense.

As per usual for mages, Pent trades his physical bulk, sitting at a dangerously low 58, for his amazing offenses and respectable magical bulk. Caution should be taken around physical enemies, especially on Enemy Phase, to prevent Count Reglay from being down for the count.