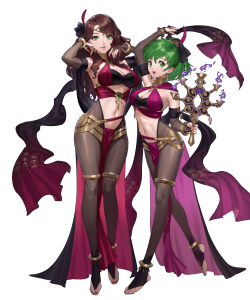 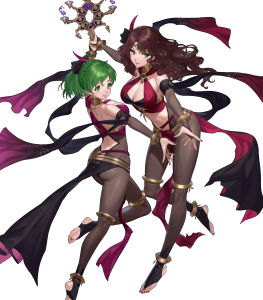 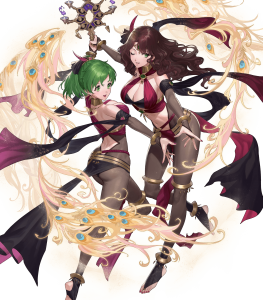 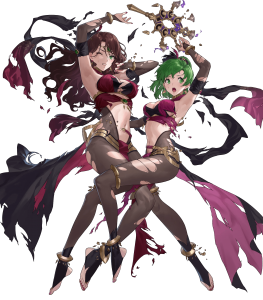 Passive B: Desperation / Wings of Mercy

Despite being a Mage Flier, Dorothea and Lene have a very respectable 38/35 offensive statline. With some investment (particularly in Speed), they can become supportive powerhouses that can deal high amounts of damage and frequently perform follow-up attacks when necessary.

The Twilit Harmony is able to grant two powerful effects to support their allies.

Dorothea and Lene are one of the best supportive units in the game thanks to a variety of assets.

With strong offenses and nearly unmatched support, Dorothea and Lene make for a very flexible unit that can fit virtually any team. They can play a variety of roles, such as purely supportive, purely offensive, and a hybrid between the two.

Dorothea and Lene shoulder the burdens of abysmal 52 physical bulk and poor 62 magical bulk. The curtains may close early if they are initiated against, so they should generally be kept away from Enemy Phase combat.

While being a Flier is mostly beneficial for refreshers, the combat disadvantages are still worth noting.

Grants【Resonance: Shields】to unit and allies from the same titles as unit.

Grants another action to ally with the highest HP that is within 2 spaces, has already acted, and is from the same titles as unit (excluding unit). (Allies with Sing or Dance can be granted this effect as well. If multiple units meet the conditions, effect will not trigger.