Community Posts with Keyword Silvia All 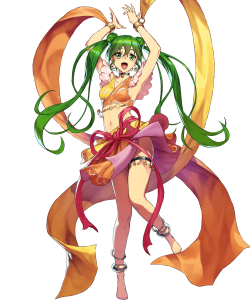 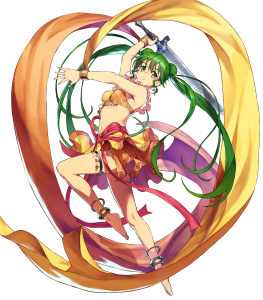 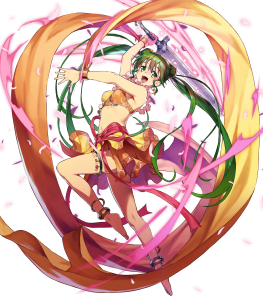 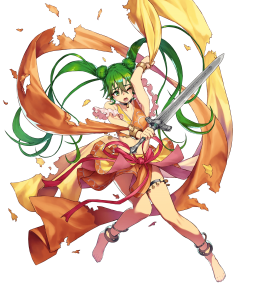 Panic! at the Disco (Panic Supporter)

Making her dramatic appearance into the battlefield, Silvia joins as an Infantry Sword Dancer! Boasting a high base Speed of 36, a decent base HP of 40, and a good base Resistance of 30, Silvia’s stats set her up as an amazing support unit that can fulfill more roles that simply Dancing. However, high values in those stats come at a cost of her Attack and Defense, which are 27 and 17 respectively, both extremely low values.

Of course, being a Dancer alone makes Silvia a valuable support unit, as allowing another unit to take an action at the “sacrifice” of hers allows for flexibility in nearly any situation. Because of her amazing base Speed, Silvia will hardly ever have to worry about getting doubled, especially considering most of her sets focus on her utility rather than her combat. However, Silvia can become a decent offensive Dancer despite her disappointing 27 Attack with the help of special activations, Attack buffs, and the Flashing Blade Sacred Seal.

Where Silvia truly shines for most players is in her flexibility. As previously mentioned, with 40 HP, she can not only Dance, but also become a good Sudden Panic and Panic Ploy user with enough HP stacking via A/S slots, a weapon refine, and a blessing. With her 30 Resistance, the player can opt to build her with Ploys to support her teammates via her own debuffs rather than having to rely on enemies’ buffs to panic. Silvia fulfills a rare niche even among Dancers that can only be matched by Leanne as they share similar statlines. While Leanne is likely the superior Dancer due to her Heron Wing granting her conditional 3 movement as a flier, she suffers from even lower physical bulk and flying weaknesses. Silvia’s status as an Infantry unit allows her to take advantage of skills such as Bonus Doubler, Null Follow-Up, Guidance, and Ground Orders (from her flying allies).

Due to her unique statline, Silvia stands out among Dancers as one that can fulfill many different roles, and even some at the same time. She’s capable of providing powerful support for her allies, and can even play rough if she needs to.

Fantastic support outside of dancing

Not only can Silvia Dance, but she can also utilize her decent 40 base HP and 30 base Resistance to Panic and Ploy. A unit that can perform all 3 depending on how she’s built is extremely rare, only being surpassed in HP by Ninian, who has lower Attack, Speed, and Resistance, and surpassed in Attack, Speed, and Resistance (and technically Movement) by Leanne, who has a flier weakness, lower HP, and lower Defense.

Thanks to her base HP of 40, base Speed of 36, and base Resistance of 30, Silvia can fulfill many roles at the same time, such as Dancing + Panicking and Dancing + Ploying for support. She can even become a decent offensive Dancer, utilizing Flashing Blade to activate her specials faster.

While pretty insignificant if only being used as support, a meager base Attack of 27 can be a major obstacle if using Silvia as an offensive Dancer. While buffs and specials can help work around it, it lowers her damage output dramatically.

With a physical bulk of 56, Silvia stands just on the cusp of being OHKO’d by a lot of physical enemies. Thankfully, with a plethora of skills such as Fort. Def/Res 3, a variety of Attack-decreasing skills, and outside/other Defense buffs, Silvia can survive a physical hit fairly consistently, but surviving more afterwards is very questionable.