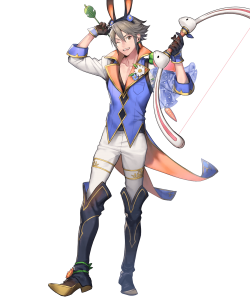 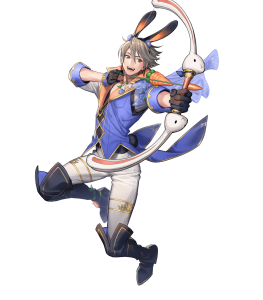 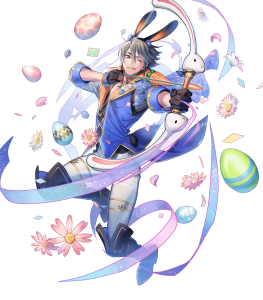 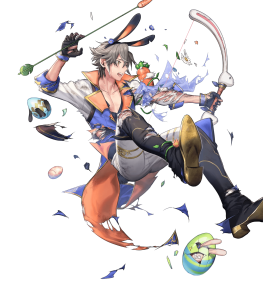 Spring Inigo shines on the offensive thanks to his stellar Attack/Speed combination of 38/40, boasting solid damage potential and relatively good consistency at both performing and avoiding follow-up attacks; this latter quality is further highlighted through his access to a four-point +SPD IV.

Per his flying status, Spring Inigo benefits from access to an array of class-exclusive skills (such as Aerobatics and his native Atk/Spd Rein) and flexible mobility, which pairs quite nicely with his offensively-oriented statline as it allows him to initiate combat from more favorable positions. He also appreciates the ability to equip and take advantage of class-exclusive buffs.

Although being a flying unit certainly comes with its advantages, it also comes with rather disappointing skill availability, especially in Spring Inigo’s case given that he is also ranged; his combat performance would be much more impressive with access to powerful skills like Null Follow-Up and Lulls. The Festival Flower must also deal with an extreme weakness to opposing archers and other forms of flier-effective damage.

His statline is surprisingly well-rounded for the most part, though his base Defense stat of 22 certainly leaves much to be desired and makes having him outright absorb physical damage quite risky. This can be mitigated to an extent with the proper combination of skills and merges, but that itself requires high investment that may be better utilized elsewhere