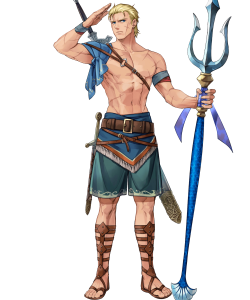 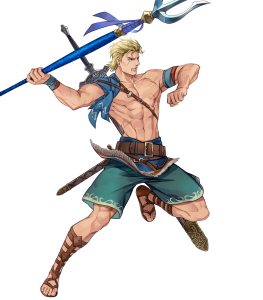 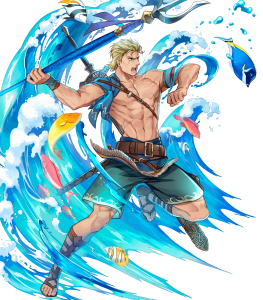 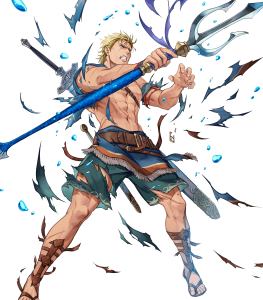 Summer Ogma boasts a fantastically high Atk and Spd stat of 38/38 respectively. Moreover, he has a superboon in Atk, which can be used to push his base Atk to a total of 42. Having such a good spread means he can focus on a variety of roles that take advantage of both of those stats, whether that’d be with Spurn tanking or having a strong Player Phase.

Ogma also comes with a relatively high Def stat of 35, making him one of the bulkier lances we have in the game. This can also be bolstered to the player’s liking if they would like to make him into a Physical tank. This, combined with his high Atk and Spd, means he’ll be able to mitigate damage taken and have a solid amount of damage output.

Ogma’s great Atk/Spd/Def stat allocation had to come at the cost of his Res stat, which sits at a measly base of 21. His lowish Res stat makes him rather prone to many mages that have a combination of high Atk and Spd. However, Ogma can mitigate a lot of the damage taken from magical foes with a Spurn tank set, so it’s not entirely doom and gloom for him.