Community Posts with Keyword Velouria All 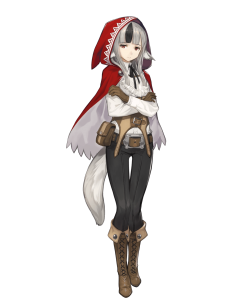 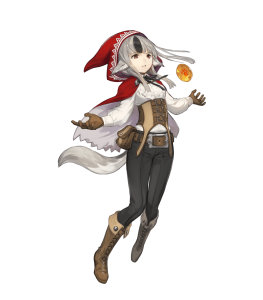 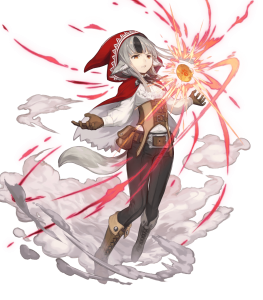 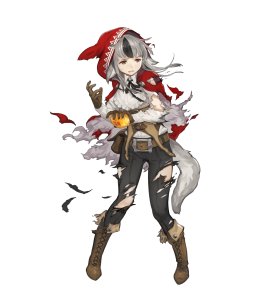 Another One Bites the Dust (Aether Raids Galeforce)

B Passive: Wings of Mercy

B Passive: Even Pulse Tie / Sudden Panic / Wings of Mercy

Wolfpup Fang provides substantial support for her support partner; not only does it provides -2 cooldown reduction, but it also provides foe buff nullification and a visible buff to Atk and Spd for herself and her ally support. This weapon can be applied to a myriad of strategies in many competitive modes, such as Summoner Duels and Aether Raids. Outside of the support perks, Wolfpup Fang also provides a substantial Atk and Spd boost, allowing Velouria to pack a decent punch should she be required to enter combat. Lastly, the refined effect of Guard Nullification for new Infantry Beasts can be rather useful should Velouria need to activate higher cooldown Specials, such as the likes of Galeforce.

With 35 base Attack and 37 base Speed, Velouria shines offensively and can deal good amounts of damage while both performing and avoiding follow-up attacks with ease. Velouria is also likely to meet Attack and Speed checks from skills such as Heavy Blade and Flashing Blade.

Velouria being an Infantry unit means she can access an assortment of Passives, ranging from combat options such as Null Follow-Up and Time’s Pulse, or support options such as Sudden Panic, Even Pulse Tie, and Infantry Pulse.

Velouria not having a color is more of a boon than a bane; she is separated from the weapon triangle outside of Raven Tome and a small number of special weapons, both of which are relatively uncommon. As such, Velouria is likely to not have any disadvantageous matchup, which improves her consistency when used

Velouria boasts a rather pitiful resilience to magical attacks which can make it difficult to field her against opponents who can take advantage of this. Unless highly invested, it is not recommended for Velouria to take too many magical attacks without substantial support from her allies.

Velouria at the end of the day is still a Beast unit, which means that some of the combat effects of her weapon do require transformation, which can be finicky to work with depending on the formation. Fortunately, her support capabilities are not tagged to her transformation.

Velouria’s whole gimmick relies on ally support. This meant that should the ally-supported unit get taken out, Velouria’s weapon is effectively neutered. Furthermore, ally support is not active when not controlled by the player, which includes modes such as Aether Raids Defense.