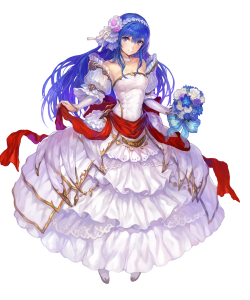 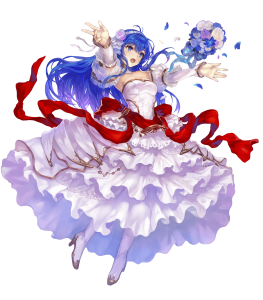 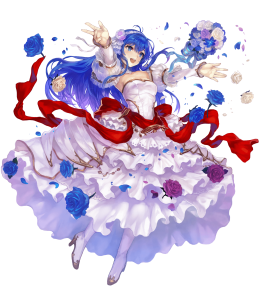 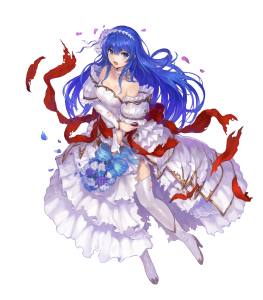 With gorgeous art and a beautiful bouquet in tow, Caeda makes another appearance in Fire Emblem Heroes as an infantry blue mage! While her love is unwavering, her combat abilities unfortunately leave much to be desired, especially compared to her peers.

Caeda’s main strengths are her fantastic Speed and decent Resistance, clocking in at 37 and 30 respectively. Unfortunately, the strengths end there, as her 33 HP, 29 Attack, and 19 Defense are very lacking. While Caeda has an easy time performing follow-up attacks against her enemies and can tank magical hits effectively (with some Resistance buffs), she crumbles against most physical enemies, usually being OHKO’d. Because Distant Counter is so common, Caeda is practically forced to use Desperation to avoid being OHKO’d by many Distant Counter enemies. Caeda’s physical frailty wouldn’t be as much of an issue if she had more Attack; 29 is a mediocre value, and she often struggles to deal meaningful damage even though she usually performs a follow-up attack. As such, she needs to stack buffs with Blárblade or receive high amounts of Attack buffs to consistently KO many enemies. At the very least, Caeda’s status as an infantry unit benefits her mobility, as she’ll be able to utilize skills such as Guidance and Ground Orders from her flying allies. She’s also rarely concerned about effective damage, as infantry-effective weapons are very sparse.

Unfortunately, Caeda also struggles to stand out amongst her blue mage peers due to her low Attack and generic statline. While Caeda’s Speed exceeds most of her peers’ Speed stats, her 29 Attack and lack of a refine cripples her combat capabilities. Infantry blue mages such as Linde, Delthea, Lute, and Mae outclass Caeda’s damage output, and units such as Female Morgan are more optimized for mage tanking/countering thanks to their higher Attack (while still maintaining Resistance ≥ Caeda’s Resistance). Non-infantry blue mages such as Reinhardt, Summer Corrin/Camilla, and Valentine’s Lyn also outclass Caeda’s damage output, with Lyn being able to counter mages better than Caeda as well.

From the beginning, Caeda has been outclassed, and the progression of the meta hasn’t done anything to help her. Her mediocre Attack strips her of higher damage output and results in her being outclassed by many other blue mages. However, with some investment, she can still be a perfectly good mage that can dish out damage and tank magical attacks efficiently. While many players may throw her by the wayside and forget her completely, she’ll always have Marth’s love and company until the end.

Caeda’s Speed of 37 is no less than amazing, helping her perform follow-up attacks consistently.

Unfortunately, due to her mediocre 29 Attack, Caeda needs to rely on a Blade tome or several Attack buffs to deal high amounts of damage. Many of her blue mage peers also overshadow Caeda as a result of her Attack being lower than many of theirs.

The terrible combination of 33 HP and 19 Defense leaves Caeda very prone to being OHKO’d by physical enemies. Because so many physical units have Distant Counter in some form in today’s meta, Caeda is practically forced to utilize Desperation to avoid physical counterattacks.

Caeda has to compete with many fellow blue mages, and she struggles to outshine them in any way. Among others, Linde, Lute, Mae, Delthea, Reinhardt, Summer Corrin, Summer Camilla, Valentine’s Lyn, and Legendary Azura (though she’s primarily for support). 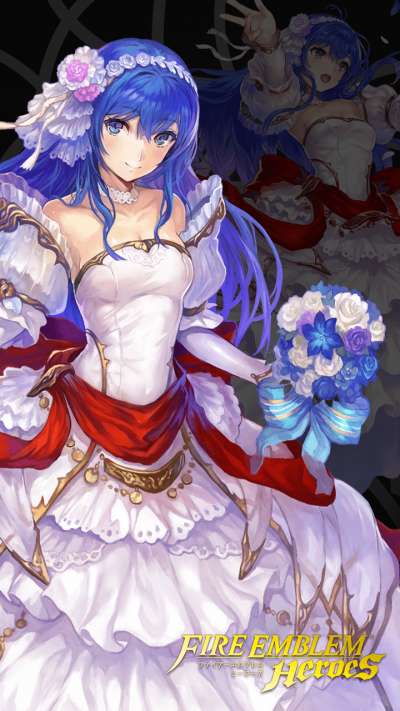