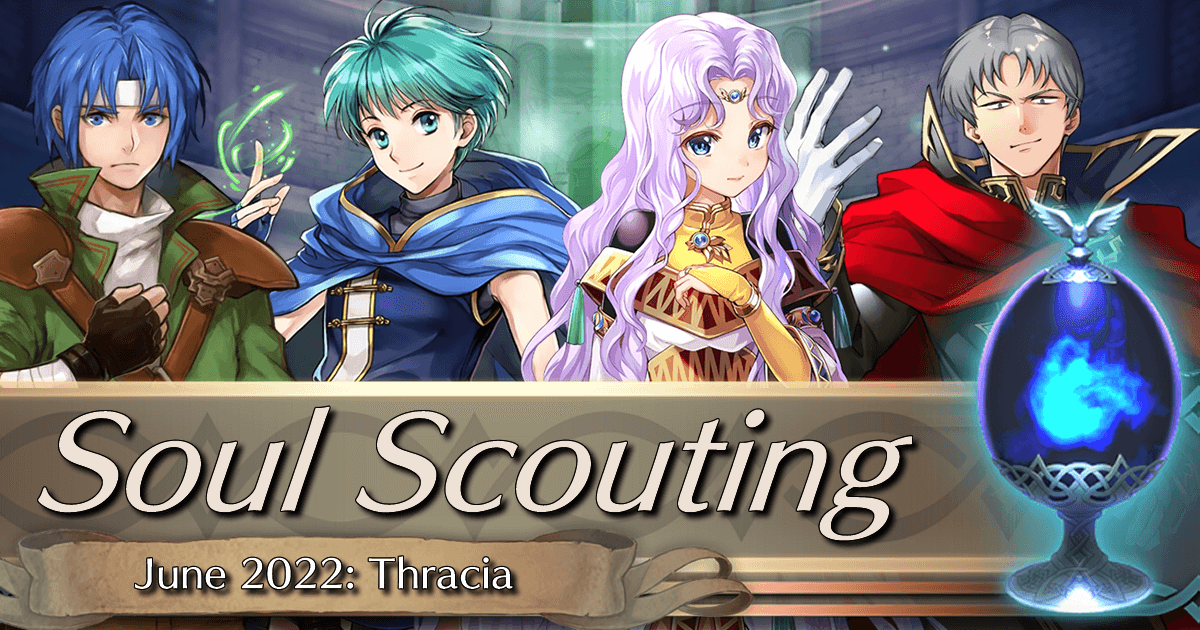 This iteration of Hall of Forms primarily features infantry units along with everyone’s favorite American cavalier, Kempf. To elaborate, Ronan is a Blue Infantry Bow user, Sara is a Colorless Infantry Staff user, Asbel is an Infantry Green mage, and Kempf is a Sword Cavalier.

Ronan, Sara, and Asbel are all 5* Locked normal heroes, while Kempf is purchasable with heroic grails. In this article we’ll go over the optimal skills to inherit on each of these units: this is important to consider due to the rarity of Forma souls, so it’s best to make every forma unit summoned with a forma soul count. With that said, all of these units are reasonably effective, but none of them are extremely relevant to the current metagame: Sara likely being the most relevant to the metagame as of the time of writing.

Though optimal C Passive skills exist on a case-to-case basis, Joint Drives are essentially the most universal there is as they boost the stats of the unit as well as surrounding allies. Go for these (especially Joint Drive Atk) if available and there aren't better C slot options for your unit in particular. Likewise, Time's Pulse has fantastic overall value on infantry units due to the importance of frequent Special triggers in combat. 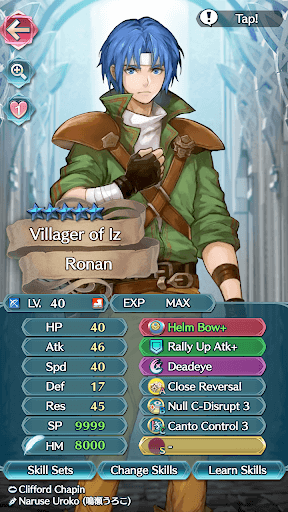 Ronan is a Blue Infantry Bow with the unique Indignant Bow, which is quite a solid weapon on its own, but Ronan doesn’t need to obtain it from the Hall of Forms as it’s a default skill. Ronan’s choice of weapon largely comes down to which 5* locked bow you’d like him to have in his back pocket, the Helm Bow just being one good option of many. Ronan also possesses a decent A and C slot skill in his base kit: Swift Stance 3 and Joint Drive Spd are both great options.

However, Ronan’s kit can be improved further with additions from Hall of Forms. In particular, Close Reversal is a good A slot option for Ronan that gives him a Defense boost while allowing him to counterattack melee foes Including dragons, which Close Foil would miss out on. Null C-DIsrupt is a great B slot skill for Ronan as it synergizes naturally with his primary role as a mage-tank, letting him counterattack and likely KO staff users reliant on the Wrathful Dazzling Staff combination to avoid counterattacks. Lastly, Canto Control is an excellent option for countering Canto users such as Yuri and Brave Eirika, and Canto Control is quite rare as it’s only available on the mythic locked Medeus at the time of writing. One more thing to note: Ronan is perfectly serviceable as a Player Phase unit, so one can go for more player phase oriented skills such as Swift Sparrow 3 and Special Spiral on him as well. 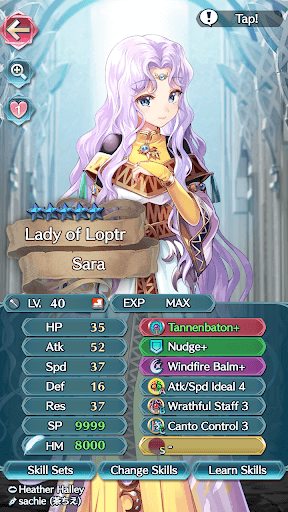 Sara is an Infantry Staff user with the unique Kia Staff, which has Wrathful Staff built into it in addition to neutralizing penalties and granting +6 Attack and Speed to any ally within 4 spaces of Sara that has a Penalty (If no allies have penalties, she will grant this buff to the ally with the lowest HP instead). Her staff gives her excellent utility on Aether Raids Defense, but it’s unnecessary to obtain it in Hall of Forms, therefore any other useful 5* locked staves such as the seasonal locked Tannenbaton are good choices to take, as they are both useful and rare.

As Sara has Dazzling Staff innately, her choice of B slot she takes from Hall of Forms is largely unimportant since she relies on the Wrathful Dazzling staff combination like most other Staff users. Wrathful Staff can be taken purely for style points if one is able to obtain it. Even Pulse Tie, Null Follow-Up and Null C-Disrupt are other rare B slot options, but she won’t be able to use them effectively. For her C slot, Canto Control remains the most desirable option due to it’s rarity and utility, but Joint Drives besides her innate Joint Drive Res and Odd/Even Recovery are also good choices to take. 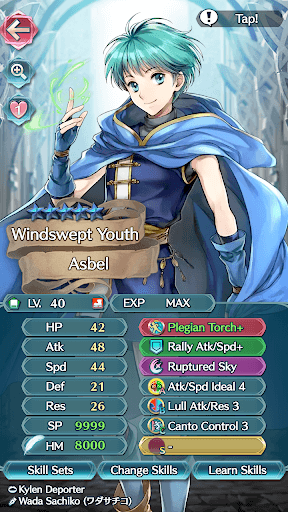 Asbel is a green Infantry Tome user who possesses the unique tome Grafcalibur, which gives him accelerated Special cooldown and effective damage against flying units in addition to a +5 stat bonus and negating the foe’s bonuses when he initiates combat or is within 2 spaces of an ally. This is unnecessary to obtain in Hall of Forms, so in it’s place 5* locked tomes such as the Plegian Torch can be obtained in its stead. The usual rare Player Phase A and B slot skills such as Atk/Spd Ideal 4 and Lull Atk/Res 3 are good options to get, besides Fury 4 and Null Follow-Up which he has innately. Canto Control remains an appealing option due to it’s rarity. For Superunit purposes, a Defensive A slot such as Close Foil is preferred. 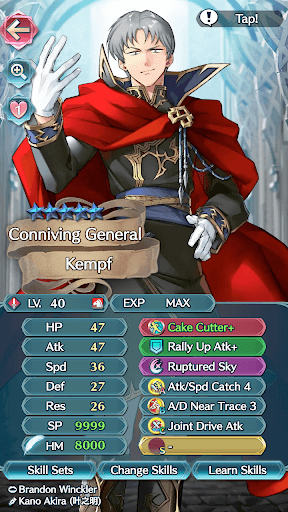 Kempf is a Sword Cavalier who utilizes his unique Venin Edge on Aether Raids Defense to cripple foes with the Flash effect and passive damage, making them easy prey for his teammates. However, his effectiveness is somewhat harmed by the prevalence of Savior skills as they can effectively negate his attacks against the intended target and prevent the Venin Edge’s effects from being applied to them. Kempf’s best kit options are also very cheap skills with the exception of Fatal Smoke, so that can be taken while Kempf obtains other, rarer skills to keep in case one wants to utilize a Player Phase build on him. (And I mean if you’re going to forma Kempf why wouldn’t you?)