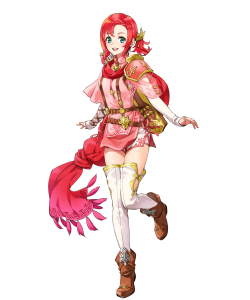 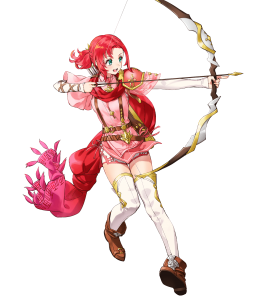 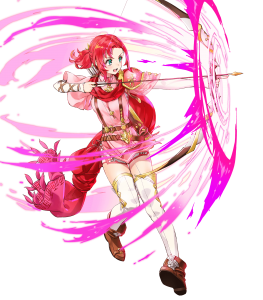 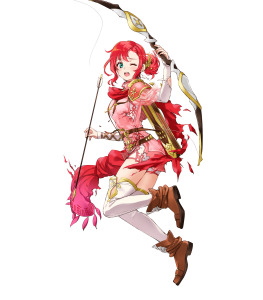 She who makes the impossible possible! (Superunit)

42/32/36/31/27 is a very respectable overall statline, lending itself well to various different playstyles. While Norne’s 32 Attack and 27 Resistance are somewhat middling, they are still more than serviceable.

Since Norne lacks a personal weapon, she has several different Bows at her disposal. Spendthrift Bow is the most noteworthy for Aether Raids Offense, as granting +7 Attack to Norne and -7 Attack to the enemy during combat in exchange for +2 Special cooldown is fantastic for superunit purposes; meanwhile, Budding Bow is a strong Aether Raids Defense choice, granting +4 Atk/Def during combat and preventing an enemy follow-up attack if Norne initiates combat. Even for general offensive/defensive purposes, weapons such as Helm Bow, Bouquet Bow, Candlewax Bow, and Guard Bow are all more than viable options.

As an Infantry unit, Norne has access to excellent skills such as Null Follow-Up, Null C-Disrupt, Special Spiral, and Lull Atk/Spd. In addition, she very rarely needs to worry about receiving effective damage, as Infantry-effective and Bow-effective weapons are exceedingly scarce.

Thanks to a strong statline, many weapons to choose from, and being an Infantry unit, Norne is capable of fulfilling a variety of different roles. She can specialize in offense or defense, but also play a mix of both very efficiently.

Norne’s only particular flaw is her lack of personal skills: no skill in her arsenal is exclusive to her, unlike those of Legendary Alm, Shinon, Legendary Leif, Brave Claude, and Winter Marth among others. While Norne’s well-rounded statline is what makes her the queen of demote Archers, there is an increasing possibility that her statline will be powercrept; if a Colorless Infantry Archer were to be released that has a purely stronger statline than Norne, then she would be strictly inferior and less favorable.