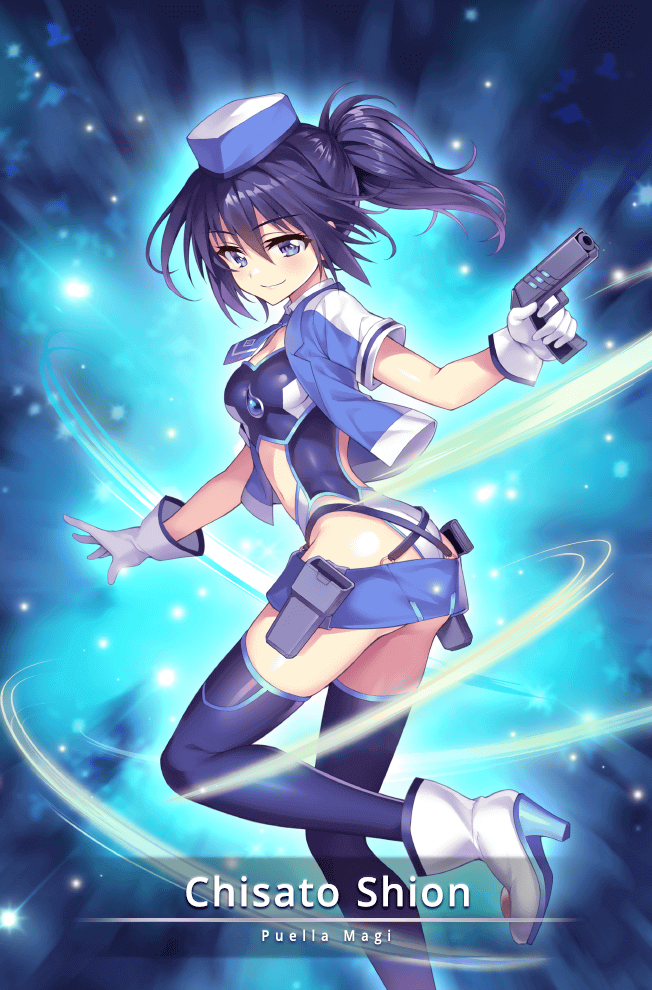 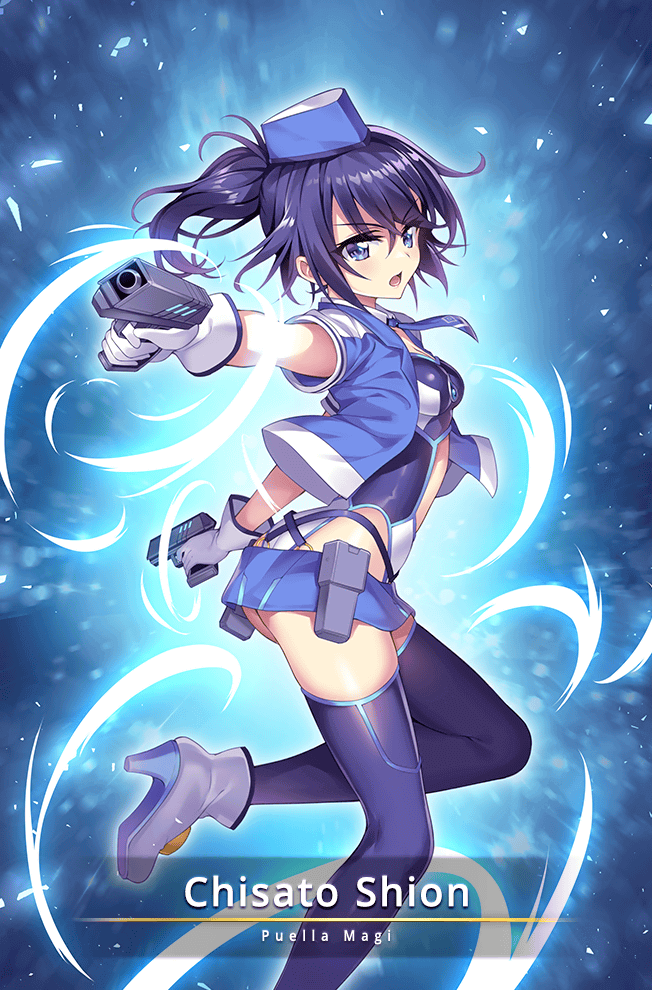 One in a team of 4 Magical Girls who attend school at Akanegazaki. Levelheaded and calm, she values being ethical above all else. While she may come off as cold, she has a caring side for her friends, having reformed Arisa's former bad behavior. Her father used to write and draw picture books.

The Witch, the Wolf, and the Villager 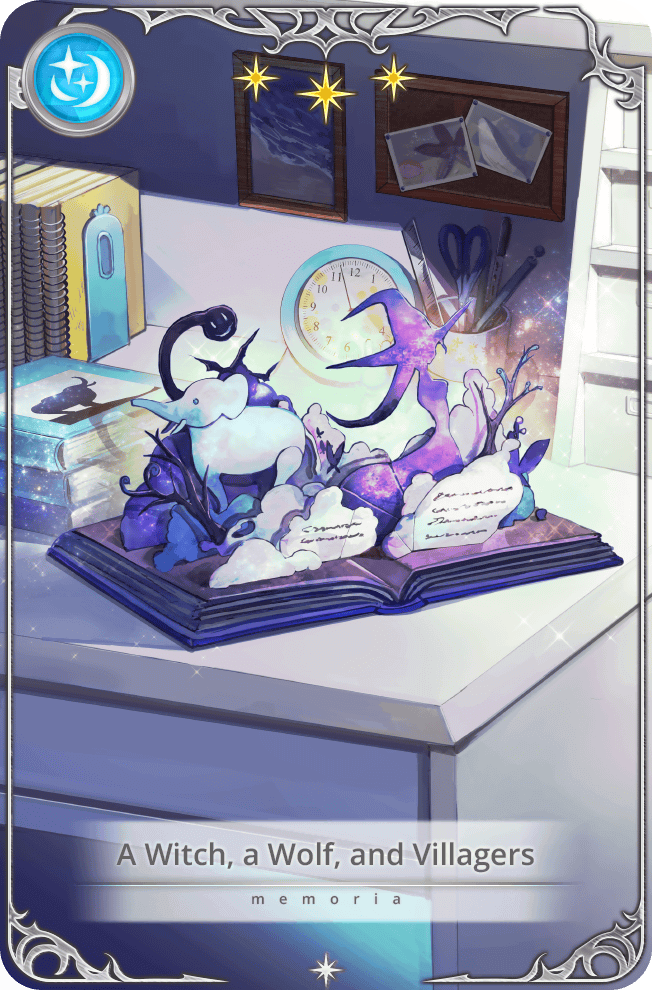 Chisato’s connect boosts Attack and charged damage which can help enable damage dealers on her team.

In addition to the offensive aspect of Chisato’s connect, it also provides a 45% chance to Skill Seal on attack. In situations where Skill Seal would be useful, applying it inconsistently is not sufficient. Additionally, Skill Seal only delays the opponent’s skill and they will still use it when the status wears off. Similarly, Chisato’s Magia has the same chance to apply Bind on all enemies. This status is useful when the entire enemy team can be forced to skip their next turn, but Chisato’s magia does not guarantee that.

Evade This You Filthy Casual

Chisato’s personal memoria gives her a passive 30% (35% MLB) chance to apply Skill Seal on each of her attacks. While sealing the opponent’s memoria skills is rarely useful, it has the secondary effect of negating Evade. Enemies with a status effect cannot Evade, so Chisato has a chance to nullify Evade on her attacks, and a chance to nullify Evade on the attacks of anyone she connects to.

Chisato is a support type, which means her stats are generally balanced, but also lower than the typical balance type girl. She is not great at anything, and making her great at something will require using specific memorias to give her a niche. As an Aqua girl, she is generally outclassed by other low-rarity girls in her attribute.

The Witch, the Wolf, and the Villager

Warm Christmas will boost the effectiveness of Chisato’s Charge and Blast discs which is a good way to boost the strength of her attacks. Alternatively, leaning into her inconsistent chance to apply the Skill Seal status with her personal memo is a way to take advantage of what makes Chisato unique. With perfect RNG, she can lock down any opponents who try to evade, and then crush them with increased damage from Attitude Toward Art. 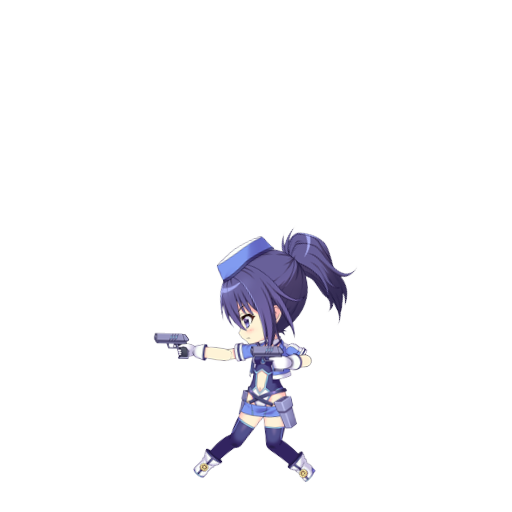 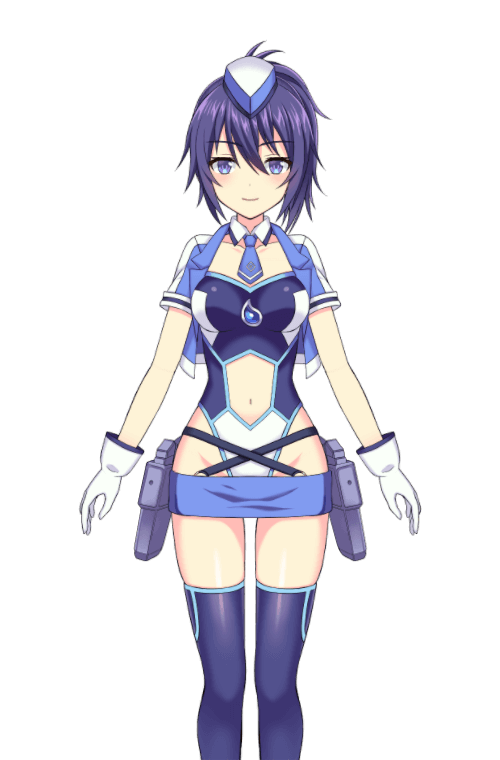 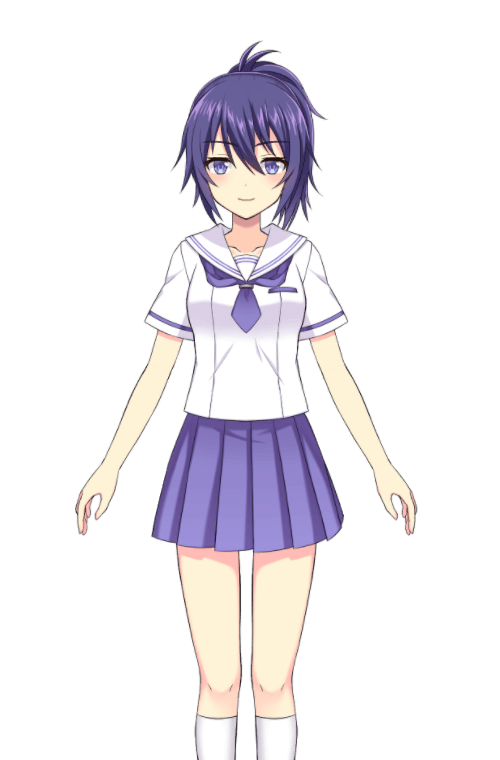 Chisato is a calm, levelheaded magical girl who cares greatly for her friends despite her seemingly cold demeanor. Her father was once a children’s picture-book author, who became famous after publishing several well-selling books. However, the pressure of being a high-demand author and the fact that his books were beginning to be rejected by publishers lead to her father to begin drinking. He soon became abusive towards his family to the point where his wife’s health declined rapidly and she eventually died. Chisato’s father then turned his wrath towards Chisato herself, which is when Kyubey appeared and offered her a contract. Chisato wished that her father would change back into the kind man he once was. However, as a result of her wish her father no longer wants to create children’s books and Chisato blames herself for taking away her father’s dreams.

She became friends with Arisa Narumi after Arisa picked a fight with her and Chisato won. She offered her hand in friendship after realizing how lonely Arisa must have been and the two have been steadfast friends ever since.