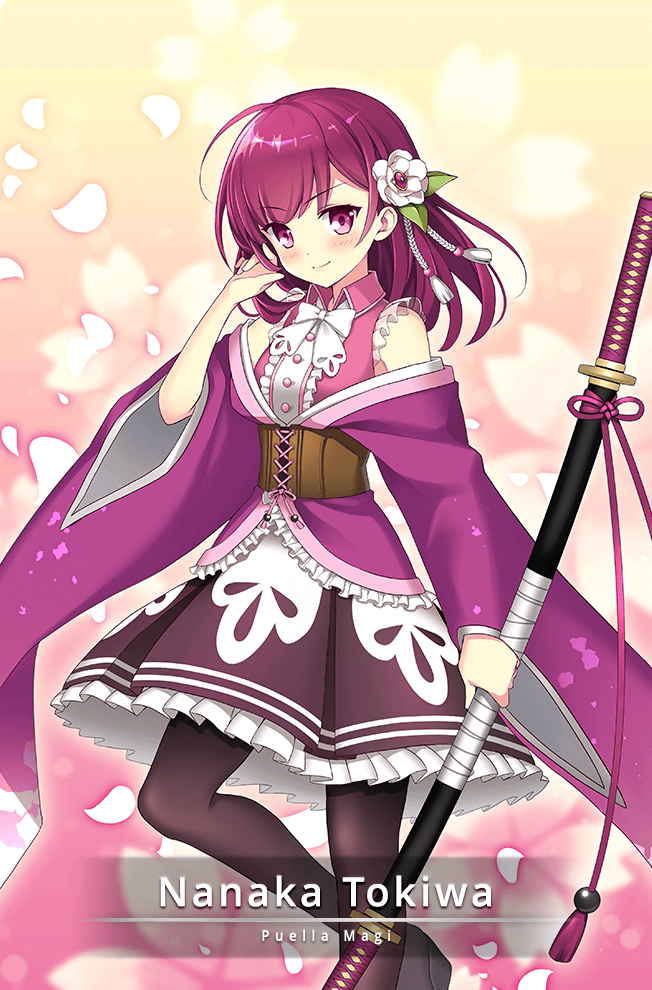 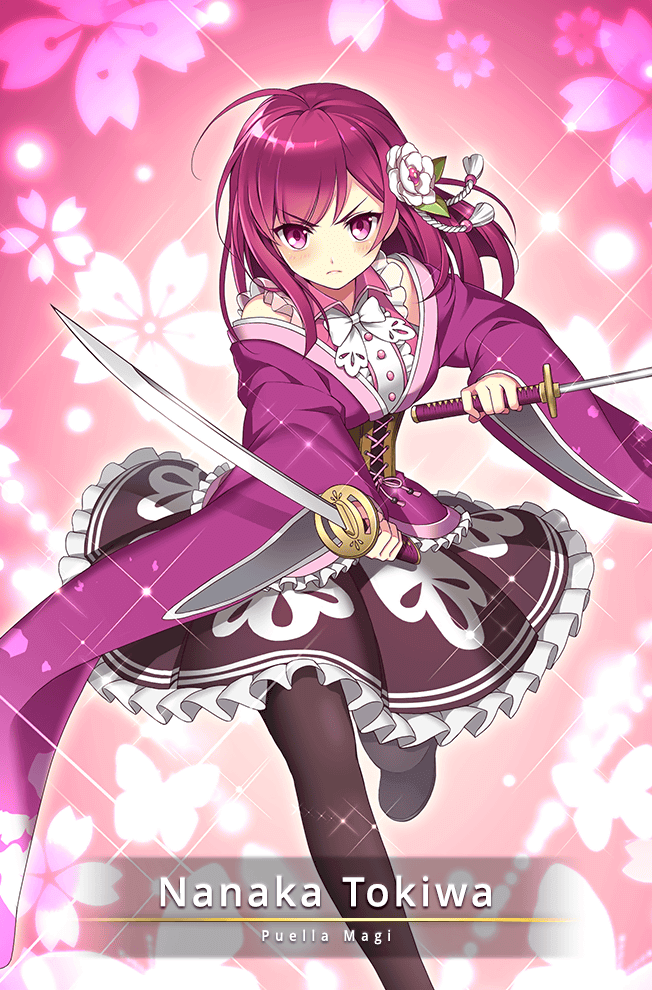 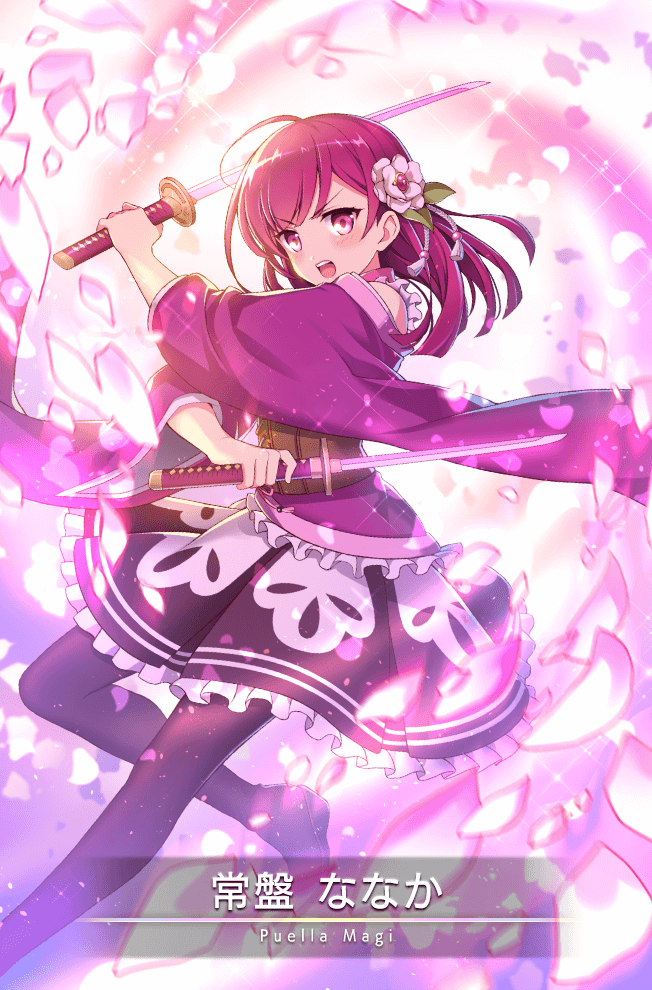 A Magical Girl from the head family of Kashin-ryu, a school of flower arranging started in the Edo period (1603-1868). Beautiful and impeccable, she appears to be innocent, but she is actually a wise strategist, able to read any situation she is put into with ease. 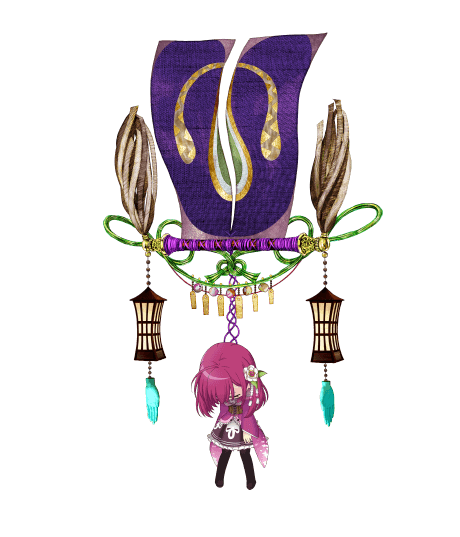 Damage ALL Enemies
Doppel: Deals 902% damage to all enemies.
Attack Down ALL
Reduces all enemies Attack by 32.5% (3 turns).
Defense Down ALL
Reduces all enemies Defense by 37.5% (3 turns).
Buff Removal ALL
Removes buffs from all enemies.
Draft & Supervision: Idea/Supervision: Gekidan InuCurry (Doroinu)
Doppel Detail (May Contain Spoiler)
This Doppel represents double-dealing. The master of this emotion feels some sense of guilt over the fact that her Doppel hardly incorporates any floral elements. This Doppel uses both a support-focused front side and an offensively-specialized back side to fight. In addition to being skilled at parrying enemy attacks, those who step through its curtain will have their souls led away to the world beyond.

Bearer of the Family Name 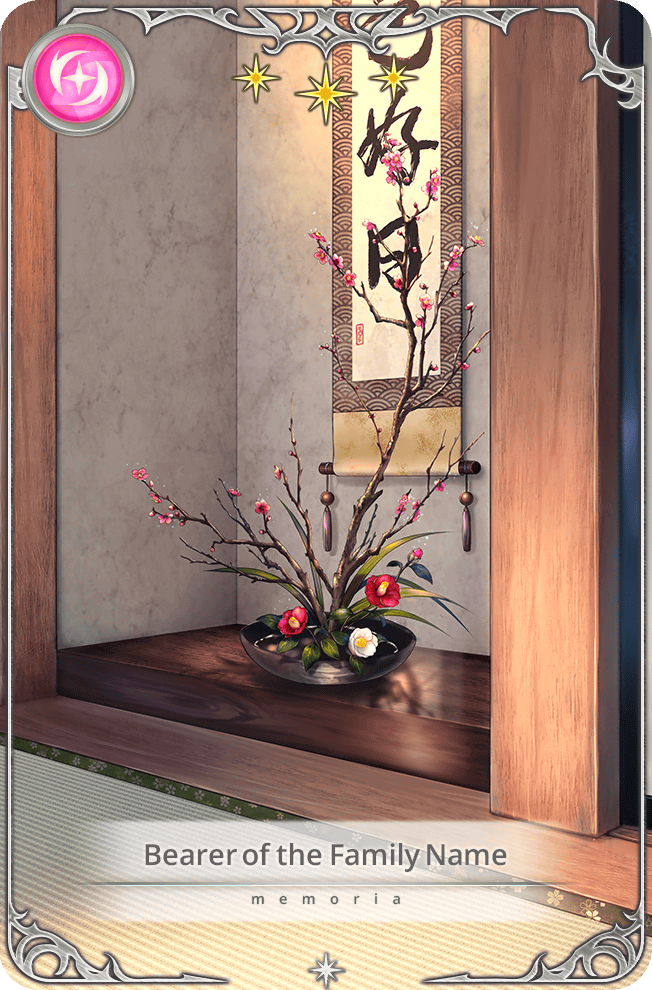 Despite being a balanced type, Nanaka has higher attack stats compared to Yachiyo Naname or Asuka Tatsuki, leaning more heavily on the attack and less on the defense. She also sports a coveted three blast discs (all vertical), which will allow you to clear an entire field of familiars in a single turn. Her magia will also lower the defenses of enemies and at four stars, will remove any buffs they may have, allowing your girls to do better against enemies who increase their own attack or damage stats.

Nanaka's connect increases blast damage as well as increasing your attack stats, allowing you to increase your offensive capabilities greatly. Once her five star is uncapped, her Connect also clear its target of any status ailments, making her more versatile in battle against enemies who deal lots of status ailments.

Nanaka's greatest asset is also her greatest liability. Her lack of accele discs means it'll be difficult to build her MP up anywhere near enough to use her magia attack. Nanaka is built purely for offense and isn't suitable for magia-building teams.

Nanaka's connect will increase Attack stats as well as blast damage. This is a great combination for Mirrors that will allow Nanaka's teammates to almost clear the field single-handed. Add to that her own set of blast discs and damage will come easily.

Nanaka's magia attack is well suited for Mirrors, lowering the enemies' defense and removing any buffs they may have. However, due to her triple blast discs, it'll be near impossible for you to use her magia attack in battle. It's best to use her for what she's good for: direct damage through her blast discs. While her personal memoria will allow you to replace your disc pool with blast discs, its cooldown rate of 15/13 will render it unusable for Mirrors.

Let Us, Have a War

Bearer of the Family Name

"Onward to the Light" will increase blast damage, great for someone with three blast discs.

"Prestigious Family" will replace your disc pool with blast discs. 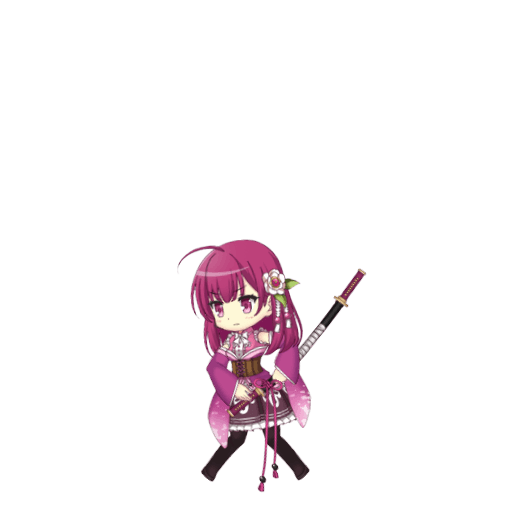 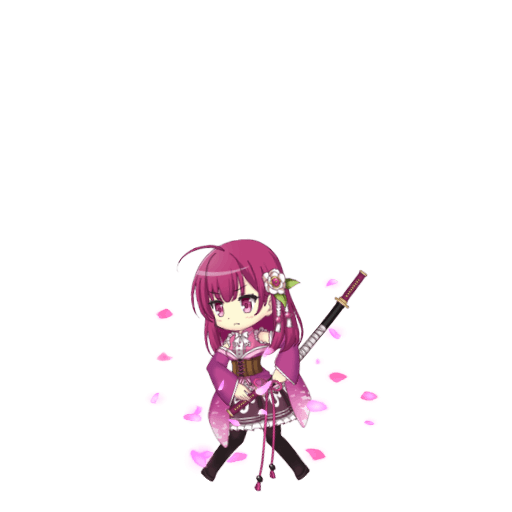 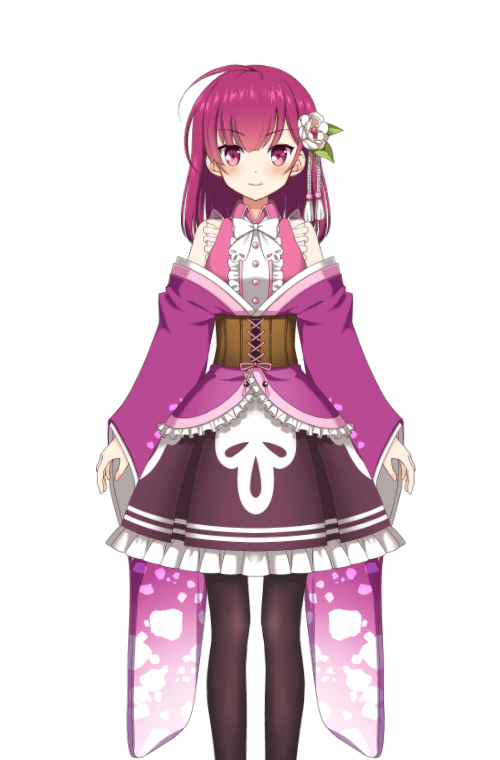 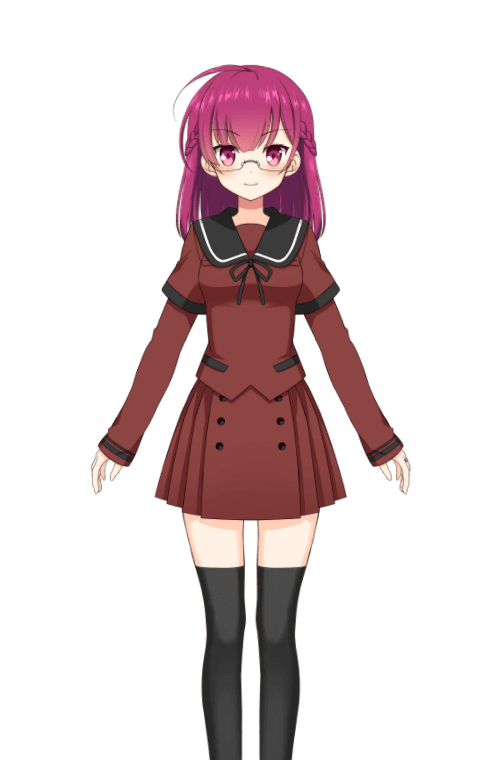 The daughter of a prestigious family known for their famous “Kashinryuu” flower arranging school that dates back to the Edo period.

Nanaka Tokiwa is calm and clear-headed, but underneath her innocent façade she’s always planning and scheming.

Her father was the head of the school until he fell ill and allowed his top students to take over in his place. However, they turned their backs on tradition and shut Nanaka’s family out. On his deathbed, her father made Nanaka promise to take back their school. While staying with relatives, Kyubey approached her and she wished for the power to take revenge with her own hands. This gave her the power to “know who her enemy is”, allowing her to realize that it was the Locust Witch behind it all.

She then teamed up with other magical girls whose homes had been destroyed or affected by this witch in order to bring her down. While on a hunt for a nearby witch, she comes across a soul gem and further away a seemingly dead magical girl. She places the soul gem on the girl’s body as it seemed the proper thing to do when the girl suddenly pops back to life. It was then she learned the secret that soul gems are a girl’s actual soul, and her powers warned her that Kyubey was her enemy.

Read more of Nanaka's story on the Puella Magi Wiki.