Community Posts with Keyword Lyon All Vessel for the King (Raven)

A relatively cheap but effective setup for Lyon. This set allows Lyon to make for an effective counter to Green units, Colorless units and sword units all in one.

Swordbreaker in the B slot allows for Lyon’s utility to be pushed even further, allowing him to secure KOs against popular sword units such as Ayra, Mia, Zelgius, Black Knight, Ryoma, Siegbert, Elincia, Soleil and Ike. Quick Riposte and Bowbreaker can also work in the B slot, but his effectiveness against bow units is already high and using QR in the B slot as opposed to the Sacred Seal slot results in Lyon losing his ability to effectively counter popular sword units. With Atk Smoke in the C slot slot, Lyon will also debuff the Attack stat of enemies within 2 spaces of his target by 7, reducing their damage output. Atk and Res Ploy can also be considered as potential options thanks to his good Resistance, but it can be somewhat inconsistent. Iceberg makes for the ideal special thanks to his Resistance stat, but Moonbow is also a good option due to its low cooldown.

Quick Riposte makes for a great Sacred Seal with this build, allowing Lyon to attack twice on enemy phase when he's above 70% health. This allows him to consistently secure KOs against units such as Brave Lyn who can sometimes avoid a OHKO from Lyon if she has a fortify buff or is on a fort. Distant Def also makes for a good Sacred Seal on this build, increasing his tankiness against mages and colorless units on enemy phase. The assist slot is up to player preference as anything can be run effectively, but Reposition makes for a great standard choice in order to allow Lyon to assist in the positioning of his allies.

While this is very heavy investment, Lyon can be a great enemy phase unit when utilizing the Owl tome and Close Counter, making him into a infantry Winter Tharja of sorts.

With Close Counter allowing Lyon to retaliate at melee range and Quick Riposte guaranteeing a follow-up attack on enemy phase when above 70% HP, Lyon becomes very effective on enemy phase. This is then combined with Atk Smoke to reduce the Attack of enemies within 2 spaces of Lyon’s target by 7, making him even tankier. Lyon can also utilize Atk and Res Ploy with his good Resistance stat, but this can be somewhat inconsistent. Finally, Iceberg allows Lyon to benefit from his high Resistance and deal a very powerful attack, though you can also utilize Moonbow for the low cooldown.

The Sacred Seal of choice is either Close Def or Distant Def. Both are great choices that can serve Lyon very well. You can also use the Quick Riposte Sacred Seal to free up Lyon’s B slot, but this means forgoing one of the Defense skills and so it is recommended to run QR in his B slot. The assist slot is up to player preference, anything of choice can work with Lyon. Reposition makes for a great choice on almost any unit, helping your team to position units easier.

Coming to us as a Grand Hero Battle reward, the prince of Grado himself joins the fight as a infantry red mage. Lyon comes through with his own personal tome as well as strong Attack and good mixed bulk, though at the cost of Speed. His stats and spread are very similar to Sophia, allowing Lyon to run builds similar to what she enjoys.

Lyon possesses an Attack stat of 34 which is very good for a red mage. Combined with his personal tome Naglfar, Lyon is able to deal a good amount of damage in a single attack. Lyon also possesses good mixed bulk with 41 HP, 26 Defense and 30 Resistance which works well with Naglfar which is effectively a more powerful raven tome, granting Lyon with a weapon triangle advantage against colorless units. This does come at the cost of pitiful Speed however at just 21, meaning Lyon is very liable to receiving double attacks.

All in all, Lyon is a good red mage with fairly good stats around with the notable exception of Speed. He will benefit highly from adopting a more defensive playstyle designed around baiting his foes into attacking him. Build him well and Lyon will prove how strong he has become.

At 34 Attack, Lyon possesses the second highest Attack stat of all red mages with only Sanaki and Lilina having more at 37. This means Lyon is able to hit hard with whatever tome you give him, whether it be his default Naglfar or something else such as an Owl tome.

With 41 HP, 26 Defense and 30 Resistance, Lyon has a good balance of physical and magical bulk. If combined with skills such as an Owl tome, Triangle Adept, Fury, Distant Defense or Close Defense, Lyon can reach very high levels of both Defense and Resistance.

At 21 Speed, Lyon has the third lowest Speed of all red tome units, with only Winter Tharja and Sophia having less. This makes it almost impossible for Lyon to double without skills like Swordbreaker or Quick Riposte and makes him very liable to receive double attacks.

Since Lyon comes to us as a free unit through a Grand Hero Battle, he does not have access to random IVs, meaning you cannot optimize his stats outside of skills. He can become fully merged, but this will involve a large sum of Heroic Grails in order to obtain enough copies.

Cheap and effective build for Lyon that allows him to work as a hard counter to several commonly used AR and Arena units.
I prefer to use Quick Riposre in Seal Slot rather than B since Sword Breaker seal doesnt excist yet.
Note: After Sophie got his Weapon Refine and Resplendit attire, she can use the same kit more effectively than Lyon. She can also get a +Atk/-Spd IVs to further improve the build.

Newly Updated Lyon at +7 and has summoner support. Ultimate anti-horse unit. If you don't want to give him Close Counter, give him Mirror stance to survive chill res Reinhardt. He screws over Veronica, and Firesweep Lyn,and survives just about all horse mages depending on support. Really fun to use.

Kills all grey units (except innes) and sword units if he can attack first. Glimmer is quicker than iceberg and will confirm ORKOs on many units that Lyon comes close to killing in one shot/round, but just doesn&#039;t make it. Pairs well with green units who can help take out blue units.

The recommended Raven tome build for Lyon, that is able to tackle most colorless, green and red sword units easily. Currently he is the focus of my merge project, so his stats will change soon enough.

Naglfar is Lyon's own Raven tome that is a lot stronger than a regular Raven tome, and aids him in being able to take on colorless units like Brave Lyn and Halloween Jakob. Triangle Adept increases his power not only against colorless units, but also green units as well.

Swordbreaker allows Lyon to double Red sword units while his HP is above 50%, and allows Lyon to have an advantage against three different unit types, more than most other units in the game cannot have.

Atk Smoke allows Lyon to reduce the attack of any units in a 2-space vicinity of him by -7, allowing him to be slightly more bulky should he be in range of a physical unit.

Quick Riposte allows Lyon to attack twice on an enemy unit while his HP is above 70%, to make up for his bad Speed stat.

(Stats factor in summoner support, as my Lyon has it) A high investment build that capitalises on Lyon's defensive prowess. Close Counter and Close Defense seal allow him to both tank and retaliate against melee units, granting him a defensive statline of 34/38 against them. Guard may seem like a niche pick, but being able to take on powerful foes with charged specials such as Vantage Hector without risk of losing that precious deathless run is invaluable. Drive Res is just his default C skill and is useful for the other members of my team. Rally Spd/Res is for arena scoring purposes and Iceberg is just a reliable 16 point damage increase. 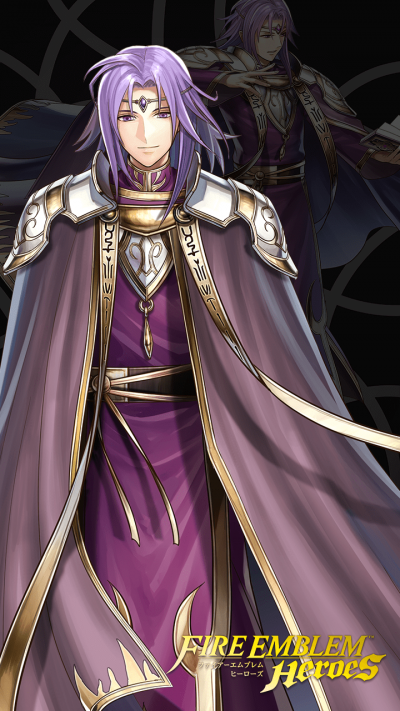